Intel’s 11th Gen Core series will soon reach the mobile gaming market with the first Tiger Lake-H35 processors coming at CES 2021. Those processors will be the first next-gen CPUs to launch with the GeForce RTX 30 mobile graphics cards. It seems that Intel is not yet ready to bring the heavy guns (8-core chips) to the fight with AMD Cezanne. Those processors are not expected till the second quarter of the next year. In the meantime, Intel will launch its H35 series which are basically higher-TDP variants of the TGL-UP3 low-power Tiger Lake CPUs.

For sure, the Intel Tiger Lake lineup may be a bit confusing, so we made this chart:

The purpose is just our definition where we see those processors. The important thing to remember here is that the H35 variants that have leaked, are not the top tier CPUs yet. Intel will release its 8-core processors later, which should offer both high single-core and multi-core performance that will allow the new 10nm mobile CPUs to compete with AMD Ryzen 5000H Cezanne (Zen3) based processors. 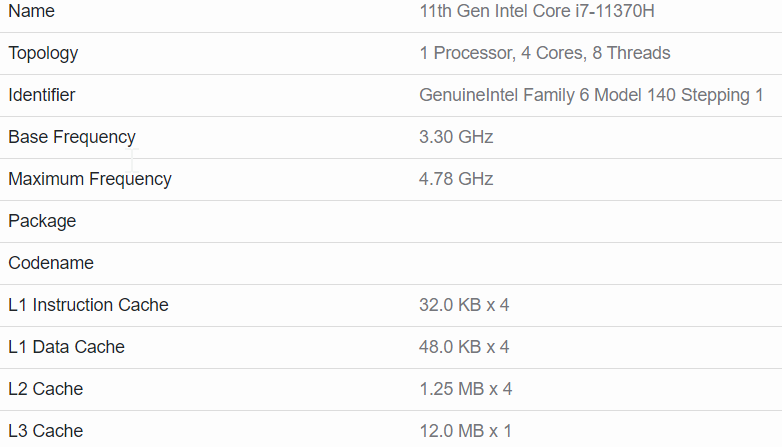 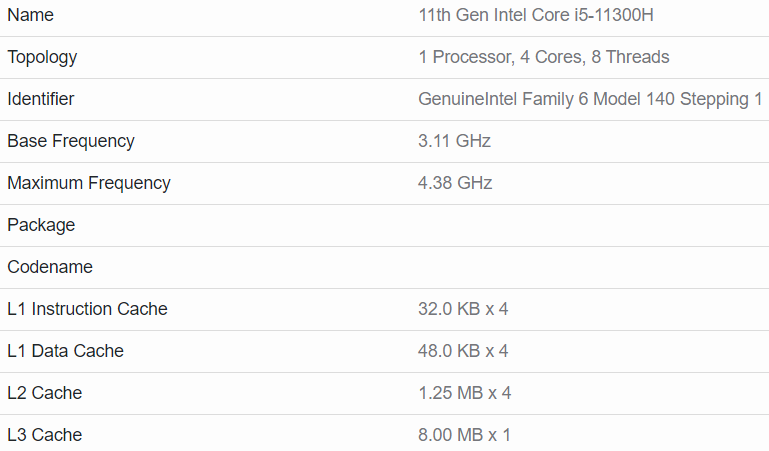 At Geekbench two processors of the Tiger Lake H35 series have appeared today. The Core i7-11370H appears to have a base clock of 3.3 GHz and a boost clock of 4.8 GHz. The CPU scored 1572 in the single-core benchmark and 5065 points in the multi-core. The single-core result is actually even higher than Ryzen 9 5900HX CPU, considered to be the flagship of the new AMD series.

Another quad-core CPU to appear is the Core i5-11300H. This processor would get a 300-400 MHz lower boost clock compared to the 11370H and 200 MHz lower base. For this reason alone, the CPU will be a few percent slower than the higher-specced model. 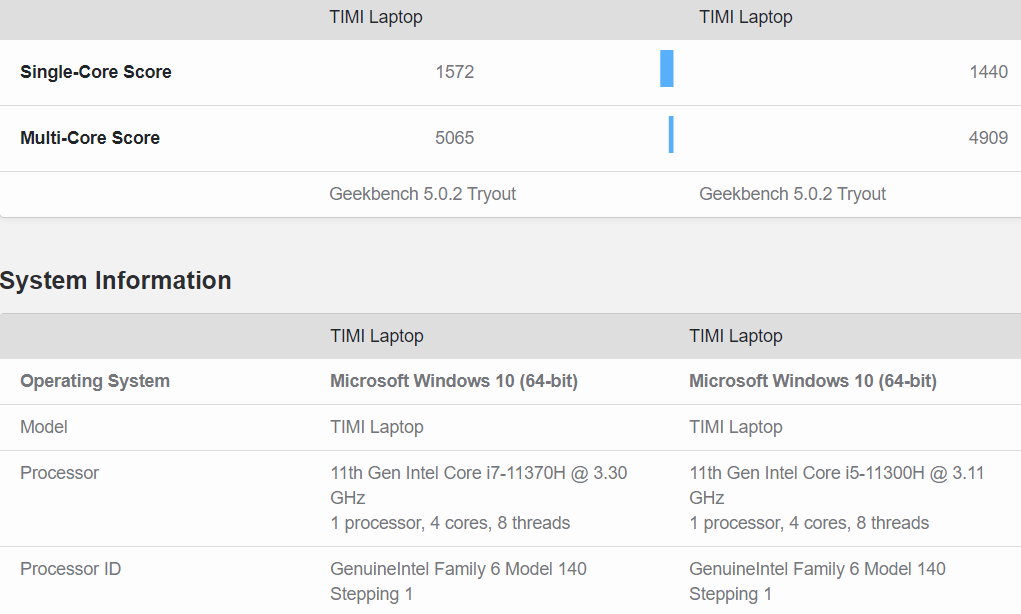