Is this the Arc desktop story that was mentioned by Moore’s Law is Dead? Well, that’s hard to say exactly, but the article posted by Intel is indeed a story about desktop Arc GPUs, although it repeats mostly what was already published or confirmed by Intel. The leaked roadmap from MLID also mentioned Rocket Lake-S, but there is no information about Intel 13th Gen Core CPU here. 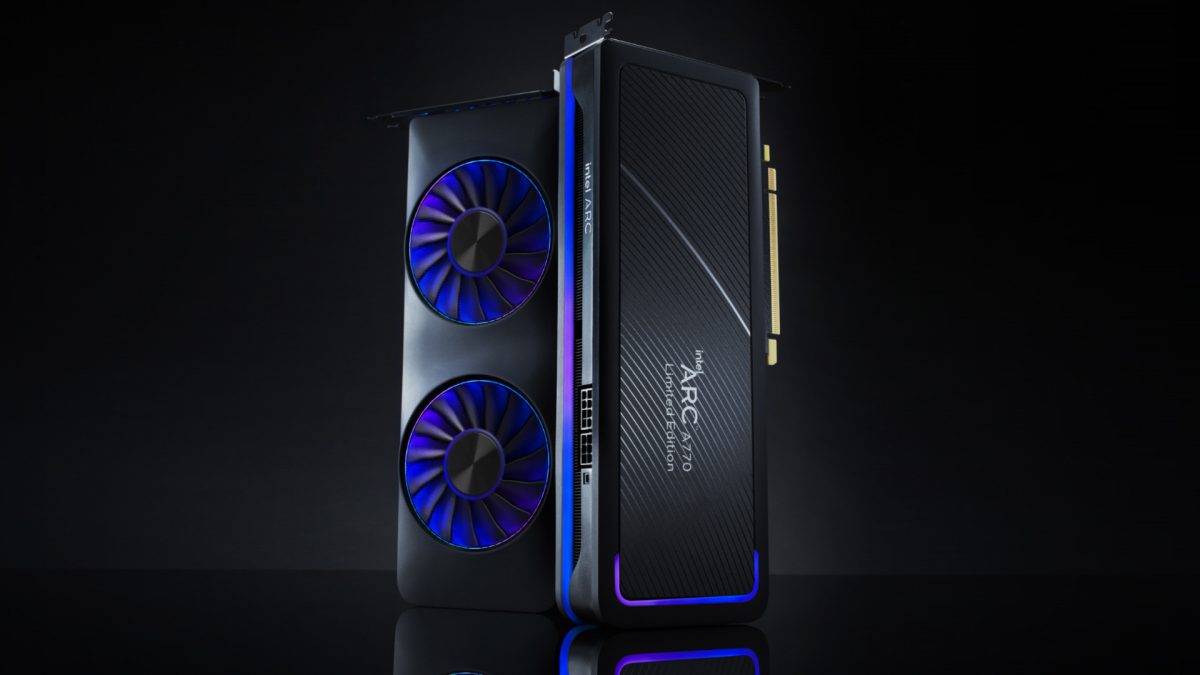 Unfortunately the article at Intel website provides no actual new information. This means that those seeking card specs, pricing, or release dates will be disappointed. What was published is a new render of the Arc A770 GPU.

There is also a commitment on how the launch of Arc GPUs might look. According to Intel’s Ryan Shrout gamers should expect Arc GPUs later this year and those will be available globally through retailers and PC builders. Intel will also sell Arc GPUs through its own store. The date when all this is about to happen is not here though.

Intel Arc GPUs are scheduled for release later this year, with, as Ryan explained, “lots of Game On driver updates, with launch-day support for the biggest titles, and ongoing improvements for older games, too.” For more information on Intel Arc graphics, go to arc.intel.com, Ryan’s Twitter, or the Intel Insiders Discord. When available, the Intel Arc cards can be purchased through various retailers and PC-builders globally, as well as directly via the Intel store.

Intel is now taking Arc GPUs to the road. A custom made truck equipped with 30 NUC 12 Extreme systems, each packed with flagship Arc A770 graphics will be available in various places around North America. Intel did not confirm where exactly though. 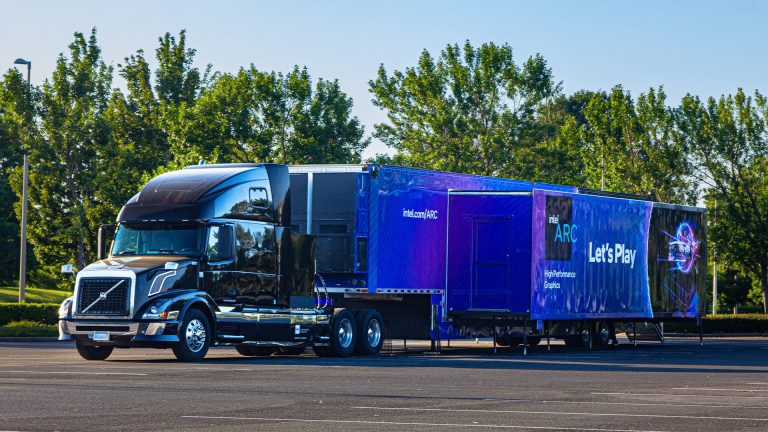 The company also explained the differences between Arc A770 and Arc A750 Limited Edition cards. The A770 which packs the full ACM-G10 GPU with 32 Xe-Cores is said to have chrome accents:

For Arc’s first venture into the world of high performance gaming graphics, Ryan and his team wanted to “make a serious statement.” The A750 and A770 Limited Edition cards are primed to do just that. “[These cards] are a svelte matte black with a full-length cosmetic backplate, and even minor details like the I/O bracket are matte black for a cohesive look. The higher performance A770 has chrome accents running around the outside and top for some extra flash. When the cards are powered on, the edge and the fan ducts diffuse addressable RGB LEDs for a smooth, high-quality light effect.”

If Intel is really planning to make a serious statement, it should begin with releasing the hardware first. Even better if this launch is before competitors announce next-gen GPU architecture. But the new hardware is not the only thing that is missing. Intel promised to launch its XeSS upscaling technology in early summer. Although it is August already, there is no information about this technology yet.