According to a leak from Komachi, Intel will be launching a KF series based on Alder Lake silicon.

The leaker has a list of upcoming Alder Lake CPUs from an unknown source. Komachi sources are usually tied to manufacturer websites or software updates, thus this is likely not a random list found on the internet, however, the leaker did not state how the data was obtained.

The list features 6 Alder Lake SKUs, including the flagship Core i9-12900K and KF models and i7-12700K(F) as well as i5-12600K(F) models. Thus, it seems that Intel will be launching the KF series of processors, representing unlocked SKUs lacking integrated graphics.

The K-series, representing the top-tier models in the upcoming 12th Gen lineup, are all to have a default TDP of 125W. 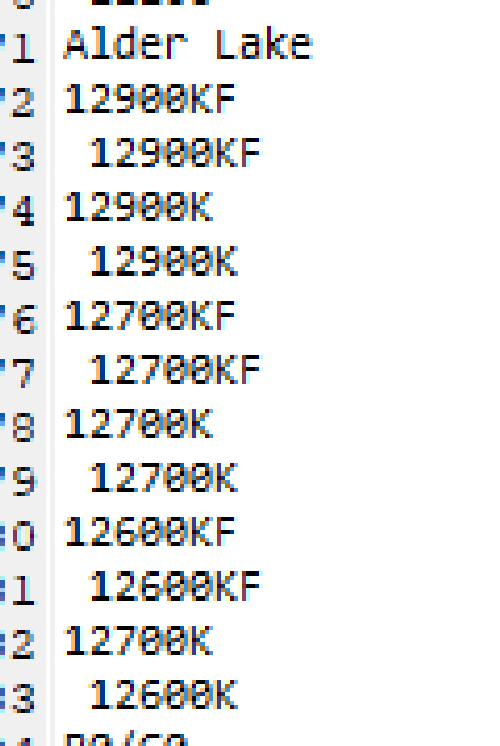 Just two days ago there were first leaks featuring Core i7-12700 CPU, a 65W model offering 8 cores and 16 threads according to the Geekbench specifications (which might be wrong). The specs that had leaked showed lower performance than Ryzen 7 5800X CPU (also 8-core). New results now put it higher.

According to the Geekbench websites, the CPU has a base clock of 2.1 GHz (which should be a base clock of the Efficient “small” core) and a boost of 4.8 GHz, which might be the clock of the Performance “big” core. It is unclear why the CPU is listed as 8-core, while the 12700K model is rumored to be 8P+4E configuration. Either Intel is disabling efficient cores on non-K series, which makes no sense, or Geekbench is having trouble reading this data. 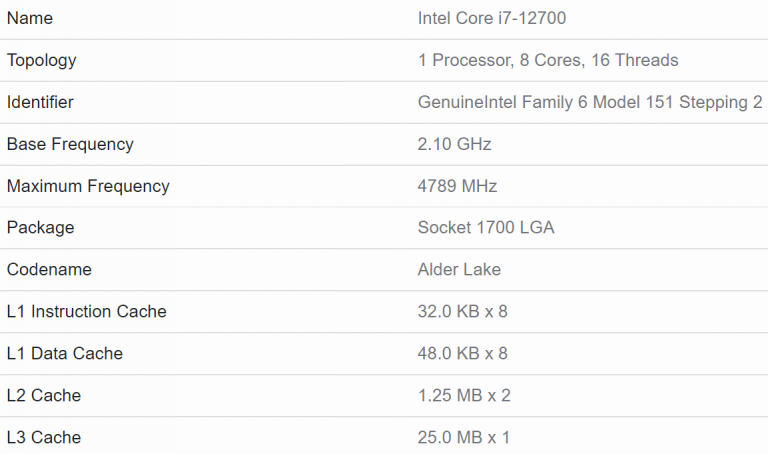 New scores now put Core i7-12700 higher than AMD Ryzen 7 5800X, which wasn’t the case in the previous leak (its the first score listed below):

The specifications of the Alder Lake-S CPUs that are more or less confirmed at this point include three K-series CPUs.