Intel only to launch Alder Lake K(F) series and Z690 chipset this year, the rest coming at CES 2022

According to a new report from Igor Wallossek, Intel is only planning to launch the 12th Gen core K(F) series in the fourth quarter, with the rest arriving no sooner than next year.

Intel is reportedly rushing to launch its Alder Lake products known as the 12th Gen Core S-series between October 25th and November 19th. This is right after Intel’s Innovation event which has already been announced by Intel CEO, Pat Gelsinger.

Furthermore, it is said that Intel will only introduce K-Series and KF-Series processors, along with enthusiast Z690 chipset. Intel is supposedly planning to launch the rest of the 12th Gen Core stack and motherboards based on H670, B660, and B610 chipsets at CES 2022, claims the report. This is the second time we are hearing about a delayed launch of the non-K series. This rumor appears to match the information shared by Moore’s Law is Dead nearly two months ago.

There have been reports that motherboard vendors are not eager to implement Intel’s new ATX 12V standard, which by principle would reduce the size of the existing 24V connector and power the consumption in certain scenarios. What those reports do not mention is that Intel is actually selling 600-series chips at a lower price, but only if the motherboard maker is willing to adopt it for the 12VO version. Most of the Z690 24V motherboards have already been finalized, but there are plans to launch some sub-variants with ATX12VO support.

During the Intel Accelerated event, the company confirmed that it will be renaming its 10nm Enhanced SuperFin node to Intel 7. This node is to be used by Alder Lake consumer CPUs as well as Sapphire Rapids for datacenters (and possibly for the high-end desktop market later). Apart from transistors’ 10 to 15% increase in performance to watt efficiency, Intel disclosed that it will be improving power distribution, optimizing source/drain doping, and reducing resistance on new Intel 7 transistors. This is compared to the 10nm SuperFin node. 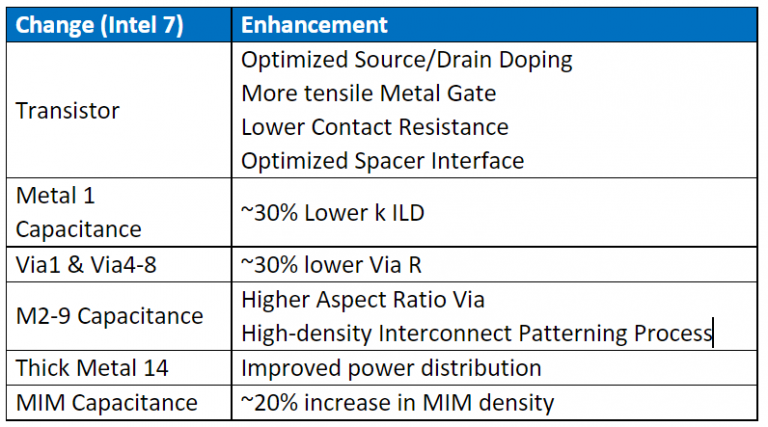 The 12th Gen Core series is to require a new LGA1700 socket and as a result new motherboards. The platform is also likely to be supported by Raptor Lake-S, which is a successor to Alder Lake expected next year. Unfortunately, Intel has made no comments on 14th Gen Core Series codenamed “Meteor Lake” also supporting this socket.