Today Intel introduces Arc A380, its first desktop graphics card based on Xe-HPG architecture. This model features 8 Xe-Cores, which is the full configuration of the ACM-G11 GPU. 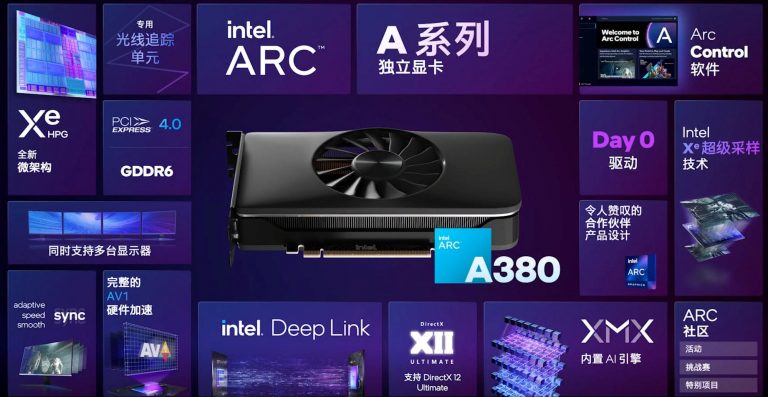 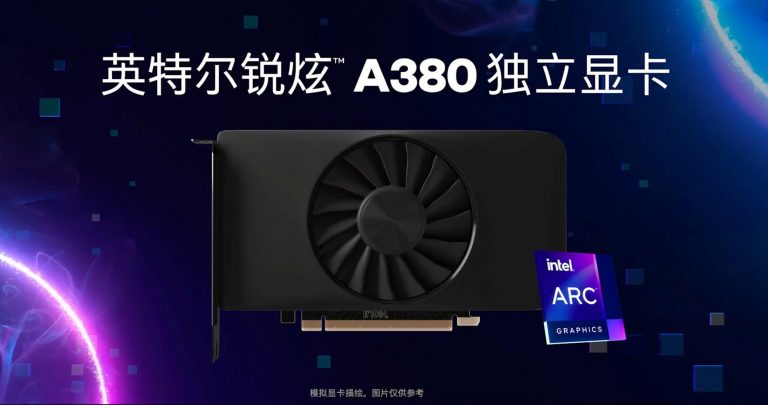 The A380 will ship with 2000 MHz base clock and 75W TDP by default. It comes with 6GB GDDR6 memory clocked at 16 Gbps. Therefore, compared to the mobile ACM-G11 GPUs, the desktop variant gets full 96-bit memory bus, and higher memory bandwidth of 192 GB/s.

There is no doubt that A380 is an entry-level GPU, but still advertised as gaming capable. Intel provided as set of gaming benchmark claiming that 1080p gaming at 60 FPS with medium settings is possible in popular (so less demanding) titles. 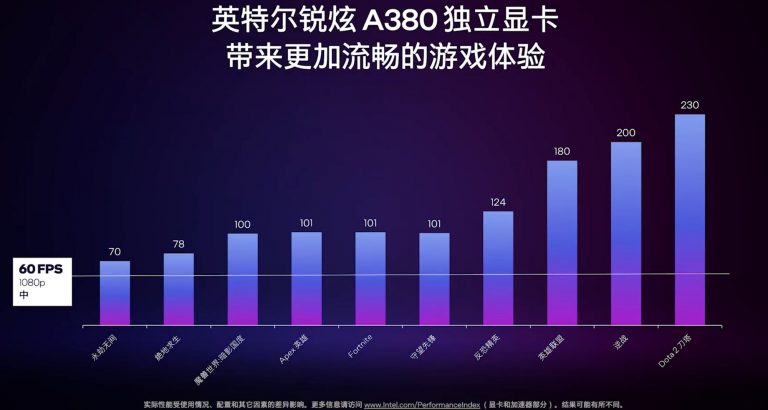 Intel has announced the availability of the Intel® Arc™ A380 graphics processing unit (GPU), the first of its Arc A-series 3 graphics desktop products, providing mainstream gamers and content creators with a new option. The Intel Arc A380 GPU, with 6GB of GDDR6 to support the latest games, will be available from desktop PC ecosystem partners Acer, ASUS, Gigabyte, GUNNIR, HP, and MSI starting this month. The release will begin in China and expand globally during the summer.

Intel Arc A380 GPUs will be available in China this month through system builders and then as components by original equipment manufacturers, followed shortly by system and component sales in other regions. The Intel Arc A380 GPU, with a recommended customer price of 1,030 yuan including VAT, delivers up to 25% better performance per yuan2 than available competitive offerings as measured by performance on a selection of popular games.