The NUC X15 series is Intel’s reference platform for laptops. The company already confirmed its NUC series known as “Alder County” will feature Arc graphics, as revealed at CES 2022 half a year ago. It looks like we are finally getting more info on the actual product specs, although not everything still.

Those NUC systems are often used by OEMs who brand them as their own (like ADATA XPG Xenia laptops). The X15 platform will soon be getting an update with an even faster processor series and Intel’s own discrete GPU.

According to the specs posted by @momomo_us, the NUC X15 (C71H/C71G) systems will both feature Core i7-12700H processor and Arc ACM-G10 GPU. The “G” variant gets Arc A550M whereas “H” will feature Arc A730M mobile graphics. There is no sign of the A770M based system though. With some further search, one can also find references to “C51G” system, which probably features less capable CPU and GPU. 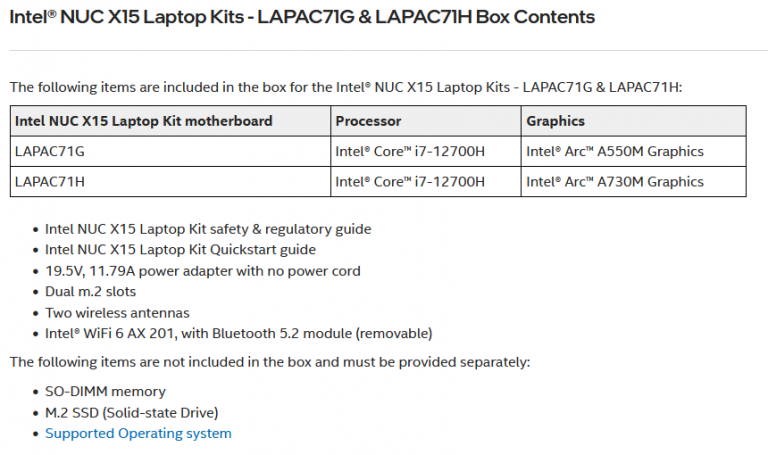 The NUC X15 2022 laptops will be an upgrade over Tiger Lake Core i7-11800H and i5-11400H systems. Those were all equipped with NVIDIA discrete GPUs, either RTX 3060 or RTX 3070. One would expect that Intel will at least try to provide similar graphics performance with these new Arc GPUs, but the official performance figures leave no doubt that will not be possible. Intel Arc A730M is just barely faster than RTX 3050 Ti and A770M is 12% faster than RTX 3060. Therefore, the A770M is unlikely to beat RTX 3070 on Intel’s own NUC platform.

The new device should look similar, if not exactly the same as NUC X15 with Tiger Lake: 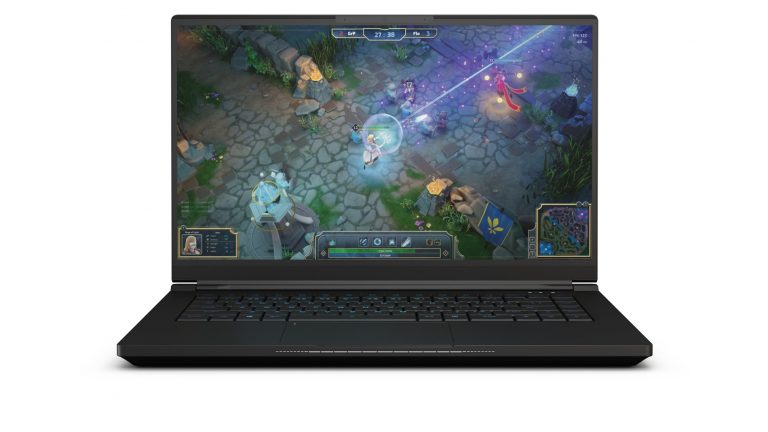 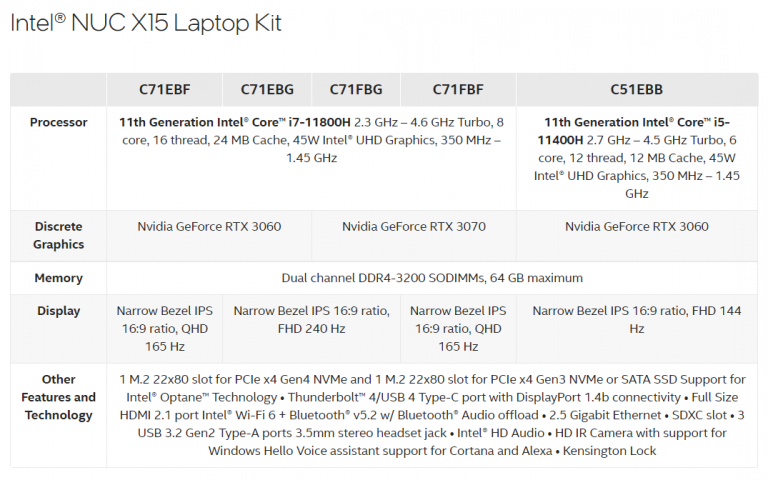 The release date of NUC X15 2022 should be correlated with global launch of Arc A550M/A730M graphics. NUC laptops are usually sold exclusively by OEM partners and system integrators. However, no systems based on NUC X15 were announced yet.