According to the leaked roadmap shared on Reddit by Lukedriftwood, Intel will be updating its NUC Extreme series with even more powerful Core CPUs.

The NUC 13 Extreme codenamed “Raptor Canyon” is feature up to Core i9 SKUs and even larger 13.9 liter case. This is a significant increase over Alder Lake based Dragon Canyon NUC 12 Extreme which was 8 liters in size. Most likely to accommodate even more powerful next-gen graphcis cards.

The roadmap does not confirm the exact specs of the device, nor which Raptor Lake SKUs will be used by this machine. The 13th Gen Compute Element codenamed “Shrike Bay” is most likely to follow its predecessor by introducing desktop socket for more powerful CPUs. Should that be the case, this means that the NUC Raptor Canyon could feature all 24-core and 32-thread configuration.

The product roadmap only confirms that PCIe x16 slot will be available for graphics, but it does not confirm the generation (would be great if this was Gen5). 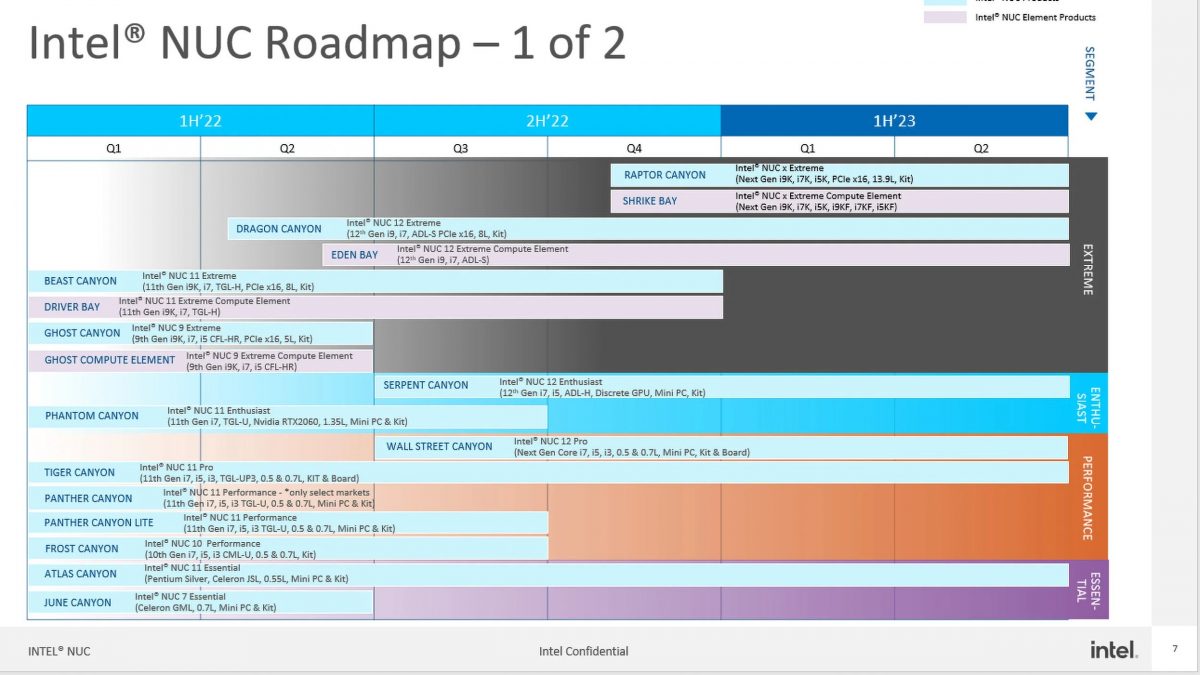 Furthermore, a marketing schedule for NUC series has been posted as well. This chart does not actually list Raptor Canyon series yet, but it does list Alder Country which is NUC X15 laptop series featuring Alder Lake and Arc GPUs. It would appear that the consumer ship date of Q2’22 has already been delayed, which is sadly yet another confirmation of Intel’s trouble in delivering Arc-based products on time, even their own. 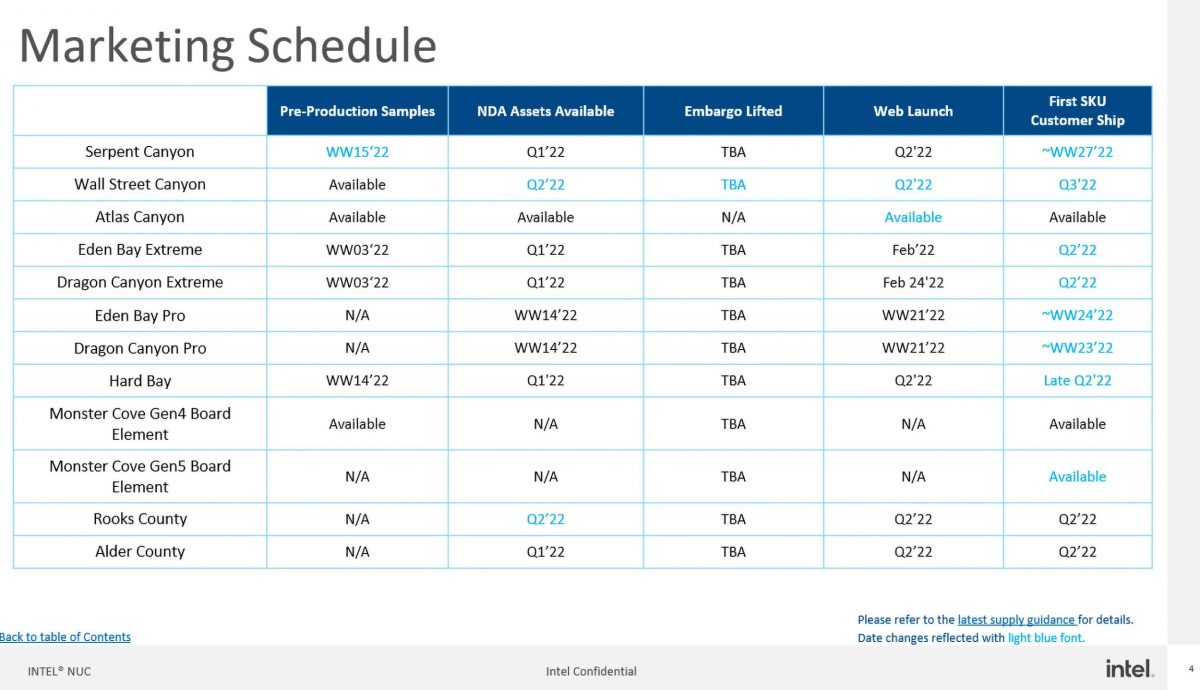