Although it has been a month since NUC 12 “Serpent Canyon” specs have been leaked, only now it is showing up in early retailer listings. 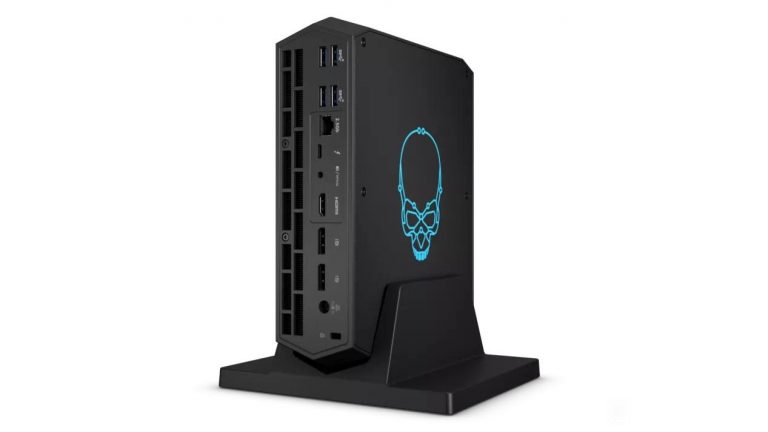 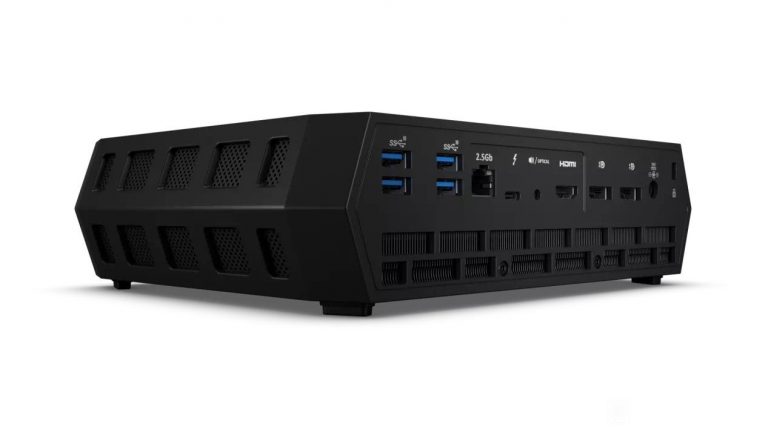 This 12th Gen NUC family products will be the first to take advantage of Intel’s own discrete GPUs from Arc Alchemist series. Thus far we have seen NUC 12 Extreme “Dragon Canyon” featuring Alder Lake desktop CPU and support for full sized desktop GPU, such as Intel Arc A770/A750. However, this product has not yet been released and there is still no sign of Arc A-Series graphics launching for desktops. This is probably the main reason behind for the delay.

A bit more recently we got a glimpse of the upcoming Intel NUC X15 series codenamed “Alder County“. Featuring up to Core i7-12700H processor and either Arc A550M or Arc A730M graphics this is Intel’s new reference design based all-Intel hardware platform. This is the first time Intel will be moving away from NVIDIA graphics for its NUC laptops in favor of their own Arc GPUs.

The NUC 12 Serpent Canyon specs have been known since late June. This device features up to Core i7-12700H CPU and Arc A770M mobile graphics with 16GB of RAM, offering a powerful system in relatively small chassis (2.5 liter). According to these new listings, this product will be offered with all ACM-G10 based GPUs: A550M, A730M and A770M. 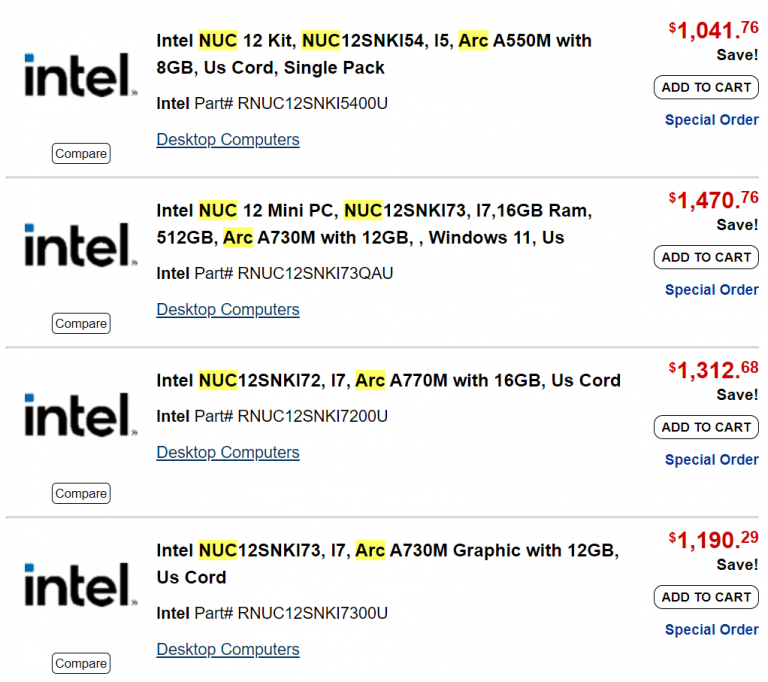 It would appear that NUC 12 Serpent Canyon will launch in 1042 to 1471 USD price range, but those are just four different configurations out of many Core i5/i7 and Arc A7 variants. Not to mention this pricing may not be final, and we are looking at placeholders. However, this means that we are probably not far away from launch, as retailer listing usually show up weeks rather than months prior to launch.