A new photograph leaked by HXL, suggests that a successor to NUC (Next Unit of Computing) Mini PC based on Tiger Lake architecture, will feature a desktop variant of the Alder Lake CPU instead of the mobile chip.

Back in June, we were discussing a mysterious launch of Intel 11th Gen Core KB-Series. While the NUC 11 Extreme “Beast Canyon” was officially featuring Core i9-11900KB processor, it was not actually a desktop Rocket Lake chip, but a renamed mobile Tiger Lake processor instead. 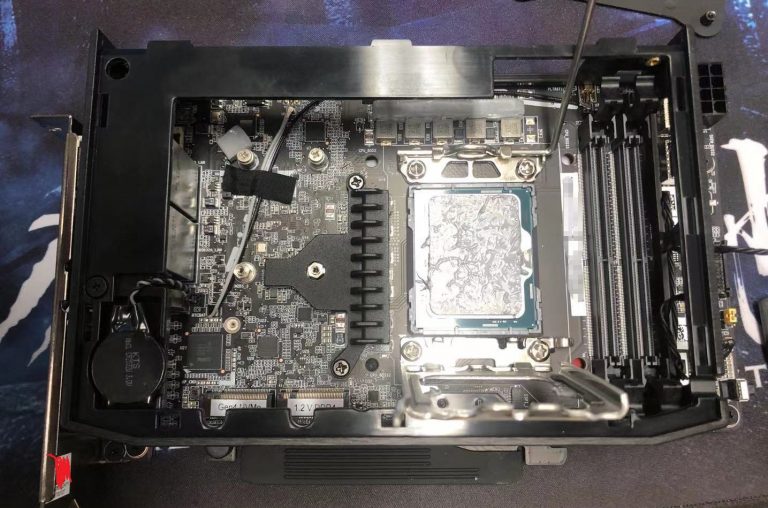 It appears that the upcoming NUC 11 Extreme will actually feature a desktop CPU, which means that the MiniPC could potentially support up to 16 cores, a configuration that is not available to the upcoming Alder Lake-P mobile series (up to 14 cores). According to the leaker, the device supports NVMe PCIe Gen4 and DDR4 memory.

While the specifications appear to match NUC 12 Enthusiast that leaked in August, the picture below is a Compute Element that is going to be used by a more powerful NUC 12 Extreme. This device is to be paired with a discrete PCIe-based GPU, possibly Intel’s own Arc Alchemist.

The timing of this leak indicates that Intel might include NUC 12 series in their CES 2022 announcements on January 4th.