According to @9550pro, the photo was shared by KoolShare on WeChat. Intel NUC 11 Extreme system with the latest ‘Compute Elemenet’ installed. This PCIe-based Element has a built-in CPU, memory, storage, and networking, it is basically the heart of the NUC. This device is a successor to the 9th Core Gen-based “Ghost Canyon” NUC.

At Computex Intel has previewed its Beast Canyon NUC, but has not provided any specifications or information on the expected launch date whatsoever. The company did only confirm it is based on Tiger Lake-H series CPU and that it will support a full-length discrete GPU. This 8-liter system is no longer considered a miniature PC, but it certainly is one of the smallest PC replacements. 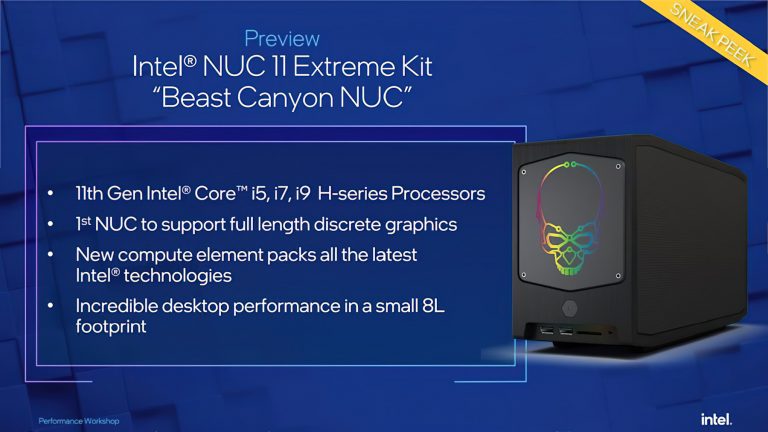