Patch notes reveal that the driver now supports Intel Alchemist/ATS-M. According to Phoronix means Arctic Sound Mainstream. We are not familiar with this codename and ‘the original’ Arctic Sound has disappeared from the news headlines after Intel seemingly abandoned its plans for Xe-HP architecture. For many months the company has been teasing three of its Xe-HP products, only to scrap the plans to commercialize them in the end.

Later on, we learned that Intel will be releasing Xe-HPG based products for workstations as well, which led us to believe that gaming-oriented architecture will take Xe-HP’s place, possibly under the Intel ARC AXXX PRO series. 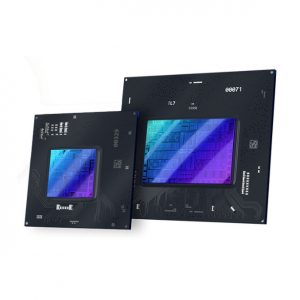 Back in June, @davideneco25320 shared some details on the potential ATS-M specs. The series was seemingly heading for Q4 2021 release, but that of course did not happen. Those GPUs were to be operated within 75W to 150W power envelope, support PCIe Gen4 interface, and GDDR6 memory. A higher-end ATS-P series was also mentioned, with TDP going up to 300W and possible HBM2E DRAM support.

At this point, one would expect Intel Xe-HPG/DG2/Alchemist workstation products to launch after the gaming series. However, even those don’t have a release date yet.