Contrary to the previous information, the new socket for desktop Arrow Lake and Meteor Lake-S series is not LGA 2551 but LGA 1851 instead. The 2551-pin version could be a BGA variant for other series, but as leaked today, it will probably not be used for a desktop LGA socket. As reported by Benchlife, the 2551 pin socket is currently not listed by Intel product planning for desktop series, but it might be used by BGA packaged products some time later. 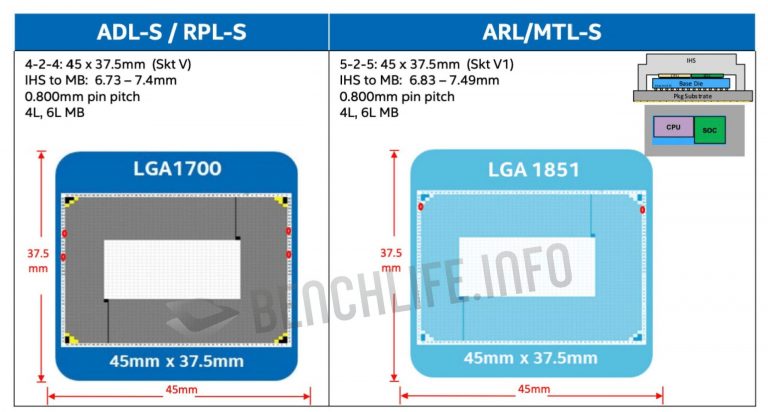 The LGA-1851 measures 45 × 37.5 mm which is the same as LGA1700/1800 for Alder/Raptor Lake series. Therefore, one could assume that cooler compatibility will be preserved.

According to the slide leaked by the site, the only dimensions that have changed is the IHS (integrated heat spreader) height. From 6.73-7.4mm to 6.83-7.49. This is not a massive change though, but it may require new compatibility fasteners or more attention when installing the coolers. The taller package may be a result of Meteor Lake desktop series using Intel’s new tiled architecture, based on Foveros packaging technology. This is not the case with monolithic desktop Alder Lake/Raptor Lake CPUs.

Interestingly, the slide also shows the proposed design for the desktop package, which lacks the I/O die that was present on the mobile variant: 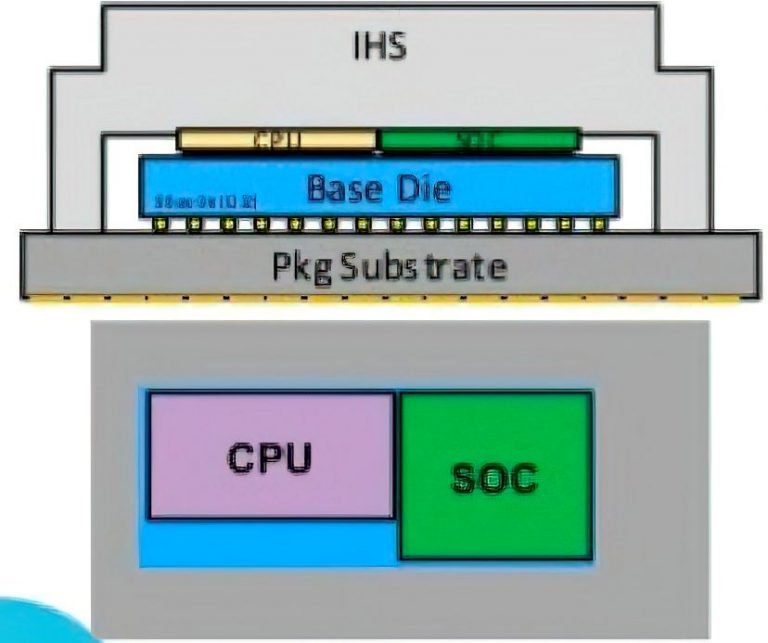 The slide lists ARL before MTL-S. This either means that both products launch simultaneously (under one product series), or Arrow Lake appears before Meteor. Whichever path Intel takes, it seems that both architectures are more connected than previously thought.