An update to the Raptor/Alder Lake series brings new desktop CPUs with TDP lower than 125W. Intel confirms ten 65W SKUs and six 35W models are being added to the existing 13th Gen series. The full desktop lineup may be confusing, so here’s a short recap of what those SKU suffixes actually mean:

The most important update is for the 65W SKUs, now featuring from 4 up to 24 cores. Those series will feature up to 8 Performance cores and 16 Efficient cores, with TDP going from 58W to 65W and maximum power from 89W to 219W.

What is worth noticing is the memory speed compatibility for Core i7/i9 series. Those CPUs will be compatible with DDR5-5600 memory and DDR4-3200 memory. The remaining part of the series will support DDR5-4800 and DDR4-3200. So, the faster memory support will only apply to higher-end SKUs. This, of course, does not mean you can’t use overclocked memory with XMP profile. 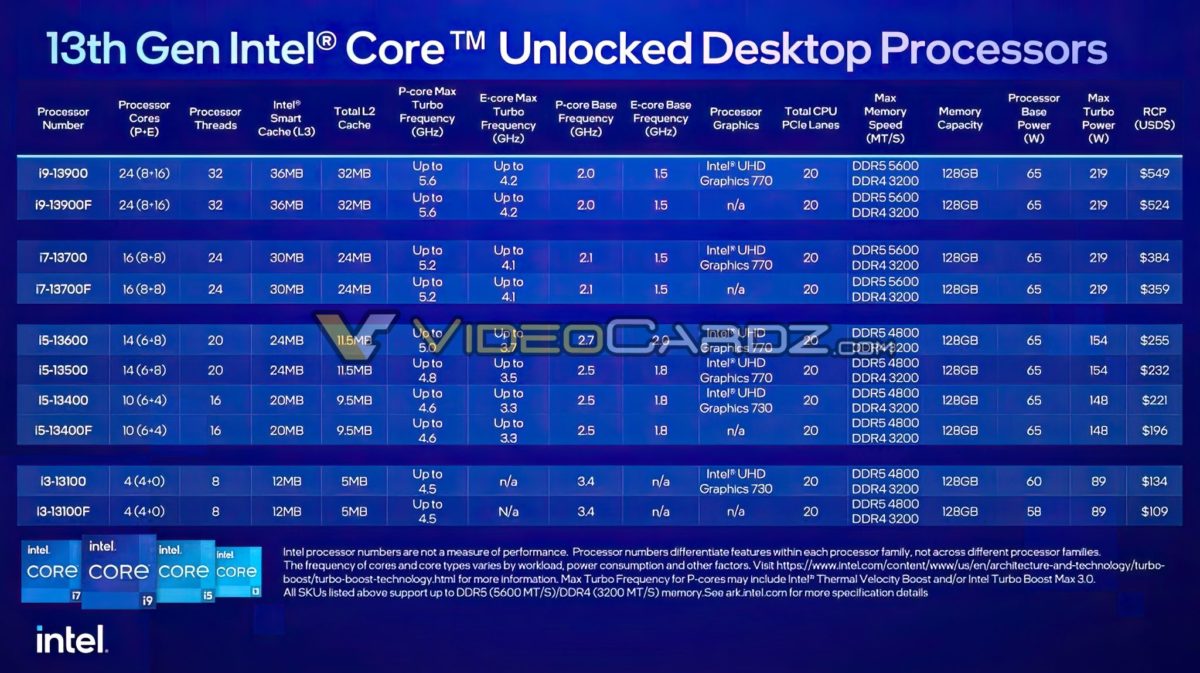 The price change does not only affect the mid-range series. The Core i9 is now getting pricier as well, from $464/$489 to $564/$589 respectively. At least in this case one is not forced to upgrade to 13th Gen Core CPUs, as 12th Gen series are compatible with the same motherboards.