According to DIY market analysis by two sources, Intel is reclaiming a lead in the DIY market.

Japanese DIY market analysis by BCNR shows that Intel desktop CPU sales have increased in mid-2021 and have been on a rise ever since. This trend appears after nearly 2 years of AMD Ryzen CPU domination on the Japanese market.

There is a clear change in popularity of mid-range CPUs: Ryzen 5 and Core i5 series. Once Intel released the 11th Gen Core “Rocket Lake” architecture in late Q1 2021, consumers have been switching sides. Since then, Intel has released its new 12th Gen Core “Alder Lake” series with a wide range of SKUs, now including Core i5 as well. Meanwhile, AMD has not released anything for mid and entry-level segments for months. This surely did not go unnoticed by consumers looking for a new processor. 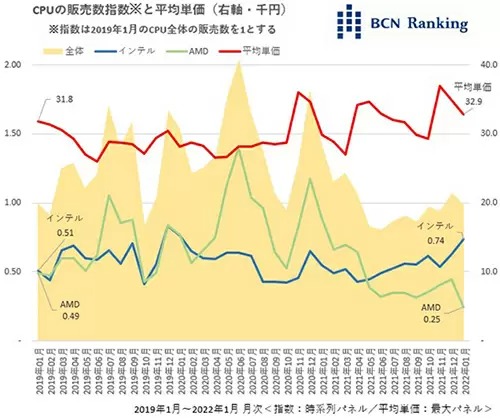 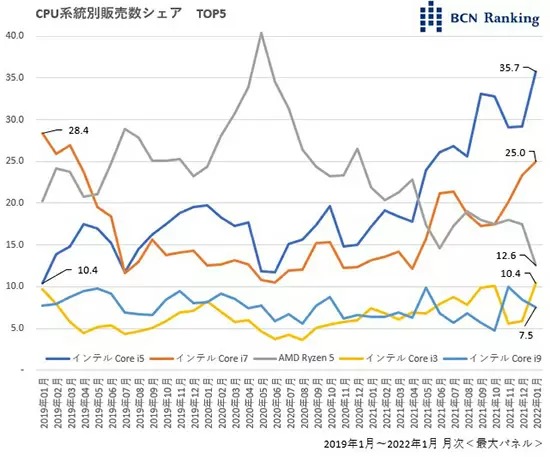 The same trend can be observed in PassMark’s desktop market share, which is based on global submissions to the benchmarking software. Since Q3 2021 when both companies have had a 50% market share, Intel is yet again on a rise. As noted by PassMark developer, this trend is only viable for the desktop market, as it does not include server or laptop series, where Intel has never lost to AMD. 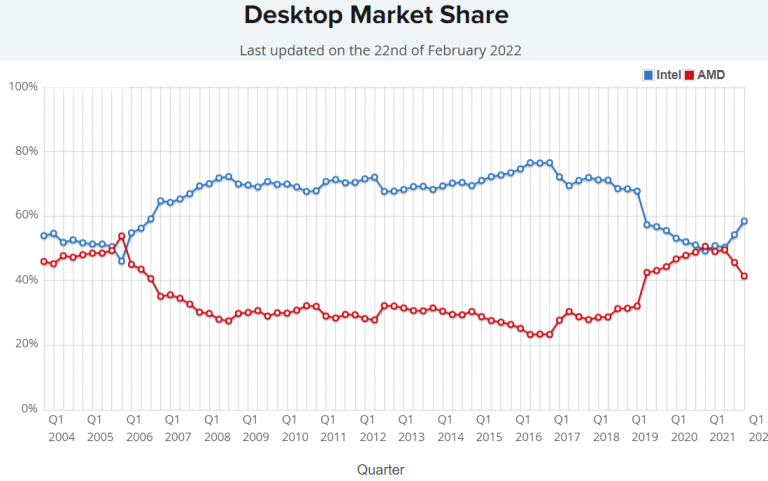 The reasons for AMD losing in share in the DIY market are various. Mainly it is lack any mid-range/entry-level release in a long time. Furthermore, despite promoting its Ryzen series with 3D V-Cache since mid-2021, AMD has not released any part yet. AMD either needs to make it clearer to customers what are their options right now, whether they should still invest in the AM4 platform, or rather wait for AM5 (now expected in Q3’22).

AMD’s reluctance to let board partners officially support Ryzen 5000 Vermeer series on older motherboards certainly does not help either.

Looks like Intel is going to reach ~50% DIY share for the first time in over 2 years again this week.