Intel Iris Xe MAX is a discrete GPU for laptops featuring 96 Executions Units. It is essentially the same number of  GPU cores that some 11th Gen Tiger Lake CPUs have been equipped with. The GPU is based on Xe-LP architecture and was manufactured using Intel 10nm SuperFin technology.

With 96 EUs, the number of shaders is 768, a number clearly not meant for competitive gaming. The Iris Xe MAX was designed for ultra compact laptops that are already equipped with Tiger Lake CPUs. Combined, we have the first full Intel ecosystem with discrete GPUs, and all that based on 10nm architecture.

Intel has not developed any technology that would allow Xe dGPU and Xe iGPU to combine themselves into a single entity, similar to NVIDIA SLI or AMD CrossFire. That’s a real shame, considering both GPU options are essentially the same silicons, so it would have provided a very interesting option. Instead, Intel opted for traditional configuration, where dGPU is visible in the system as a secondary GPU:

Intel is pitching Xe MAX as a mobile content creation GPU where video encoding is important, not as a gaming GPU. The MAX is more of a companion GPU than a dedicated rendering solution.

The first Iris Xe MAX laptops were already tested. One of the first is from OvO, who tested Acer Swift S3x: 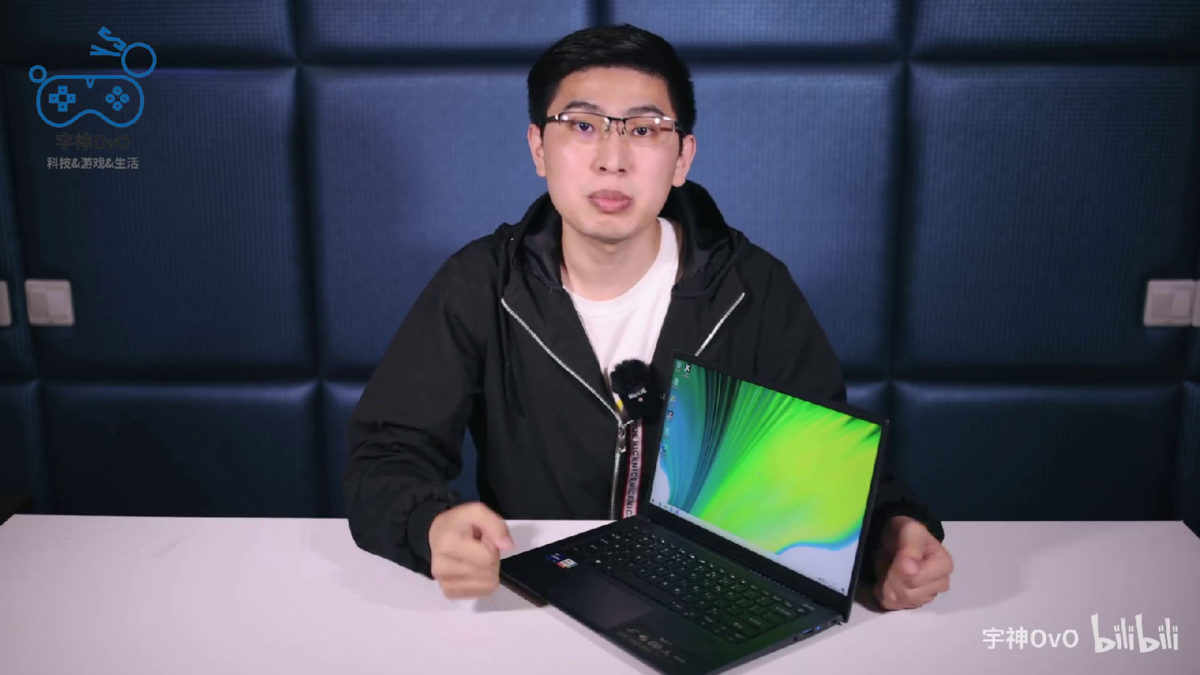 The GPU-Z does not fully recognize the Xe MAX dGPU. The memory clock and bandwidth are obviously wrong, but the core architecture data is there: 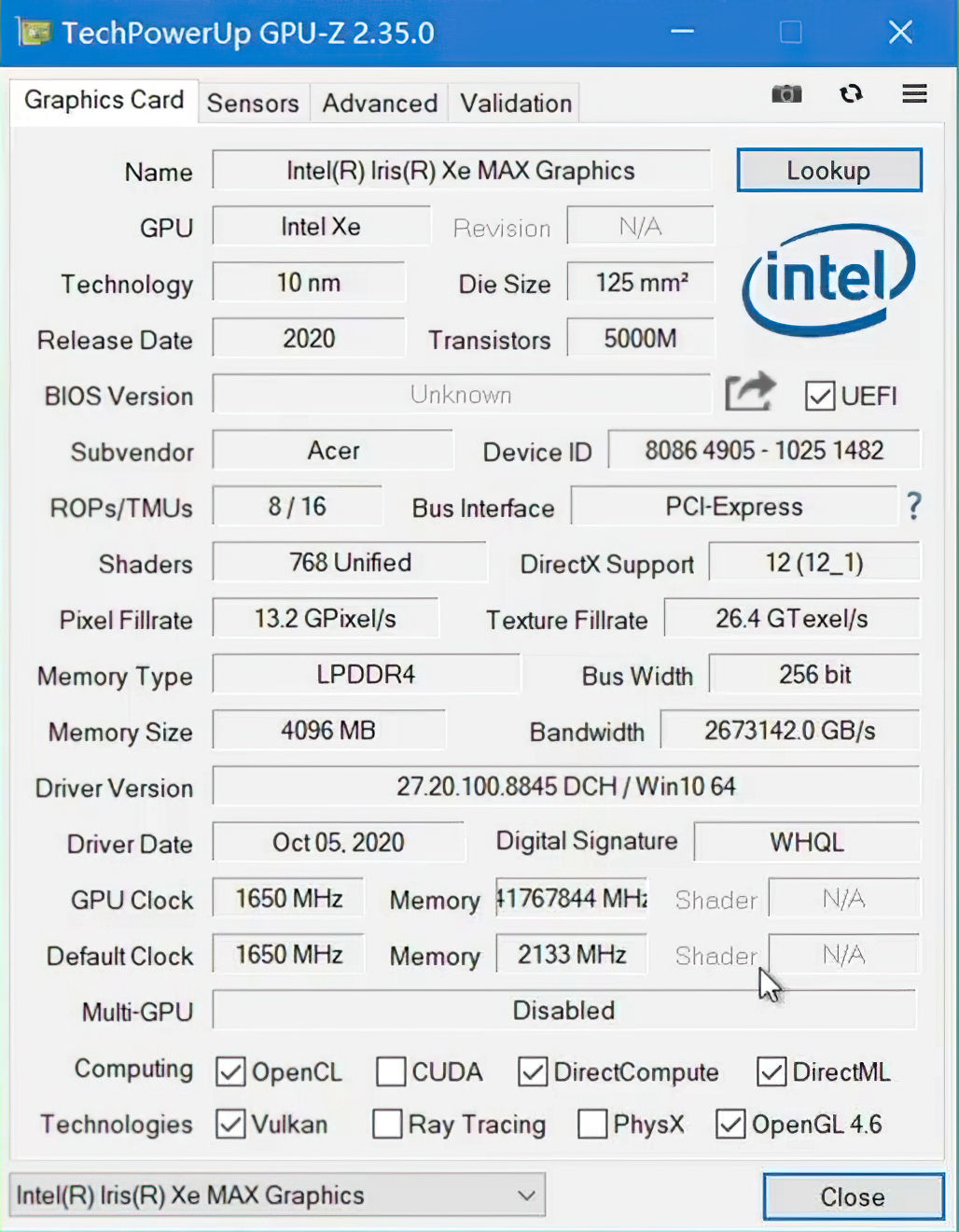 Ovo tested the discrete Intel GPU in 3DMark. The Iris Xe MAX scores 1826 points in the 3DMark Time Spy test and 6611 points in 3DMark Fire Strike. These are likely the combined scores, and as explained by the reviewer, the scores do not represent the final performance of the graphics, as drivers were not working correctly (it crashed during Time Spy as shown in a video). 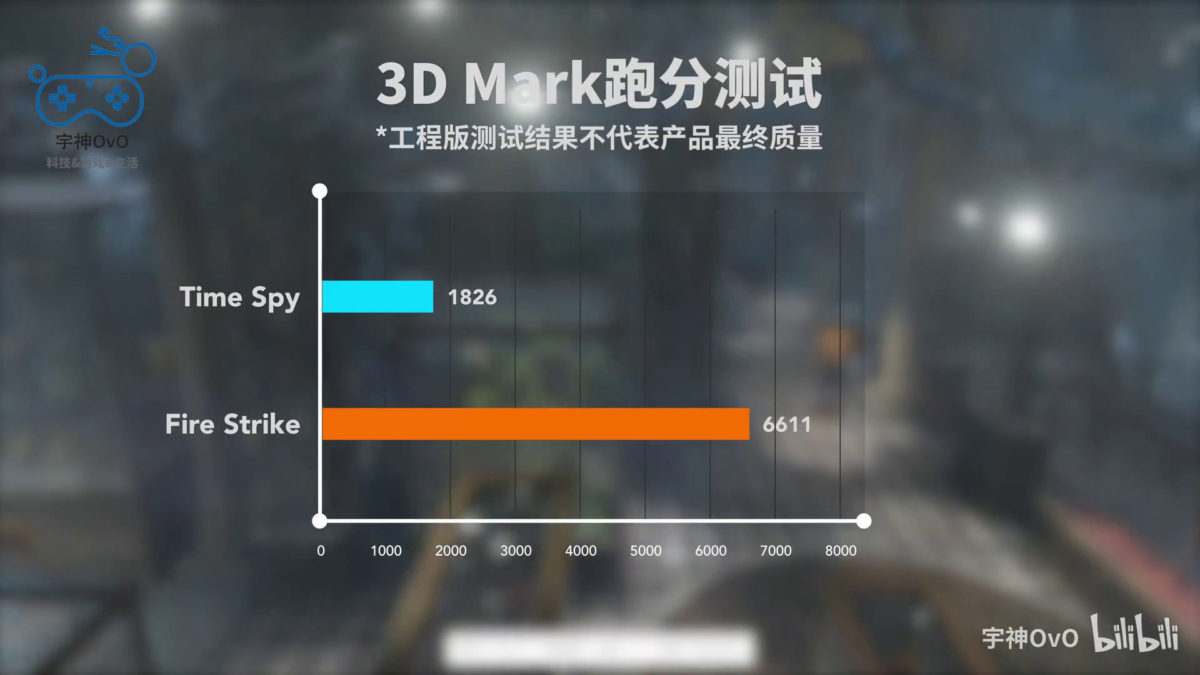 The Intel Iris Xe MAX dGPU performance is somewhere within NVIDIA GeForce GTX 1050 Mobile, GTX 970M, and MX 450 performance – the latter being the most comparable GPU. All that according to the data collected by Notebookcheck: 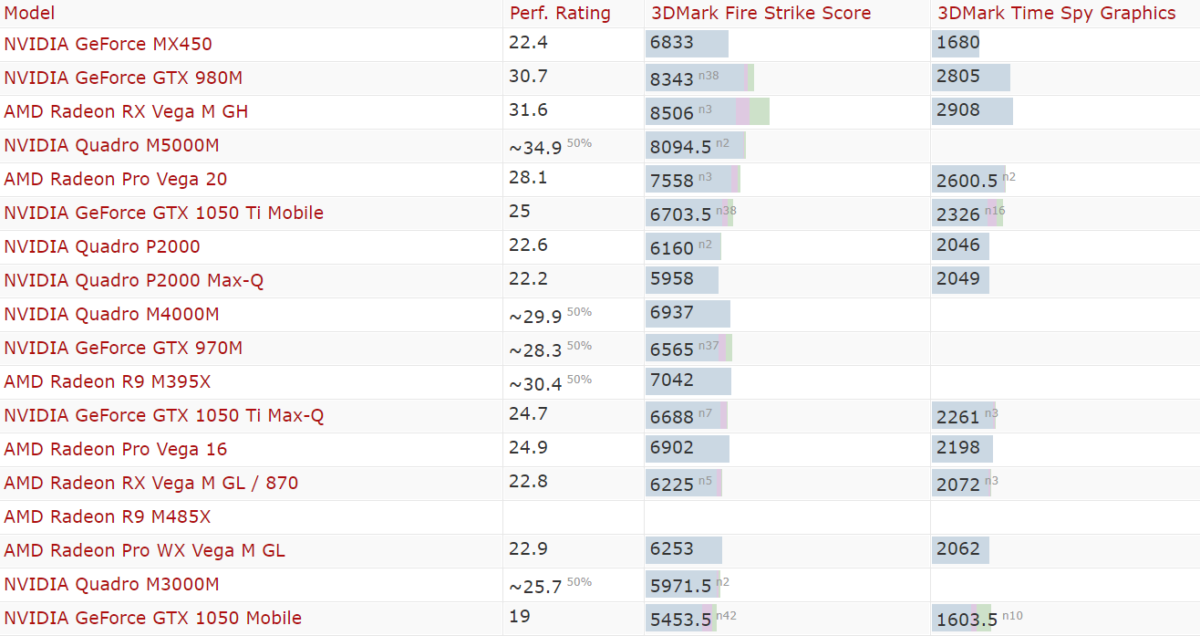 Additional benchmarks of the same laptop with Iris Xe MAX have been shared by PurePC: 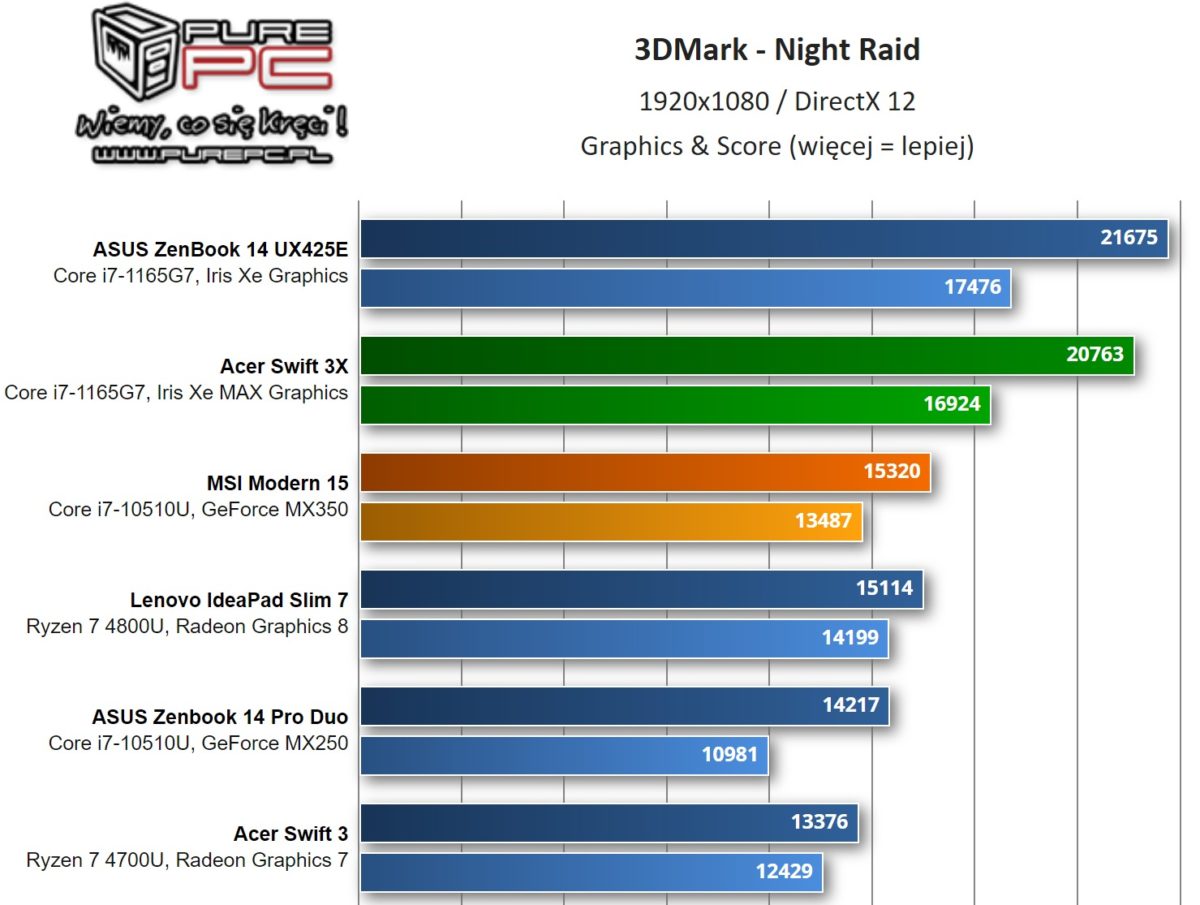 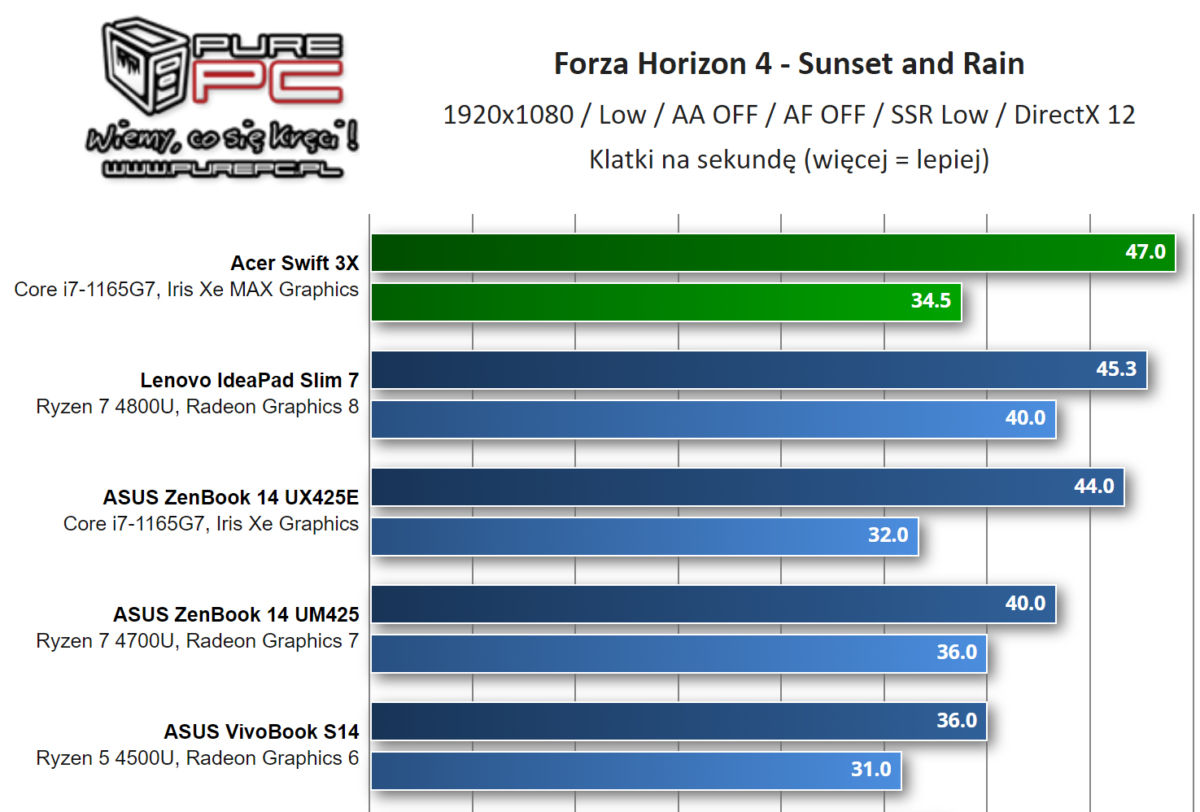 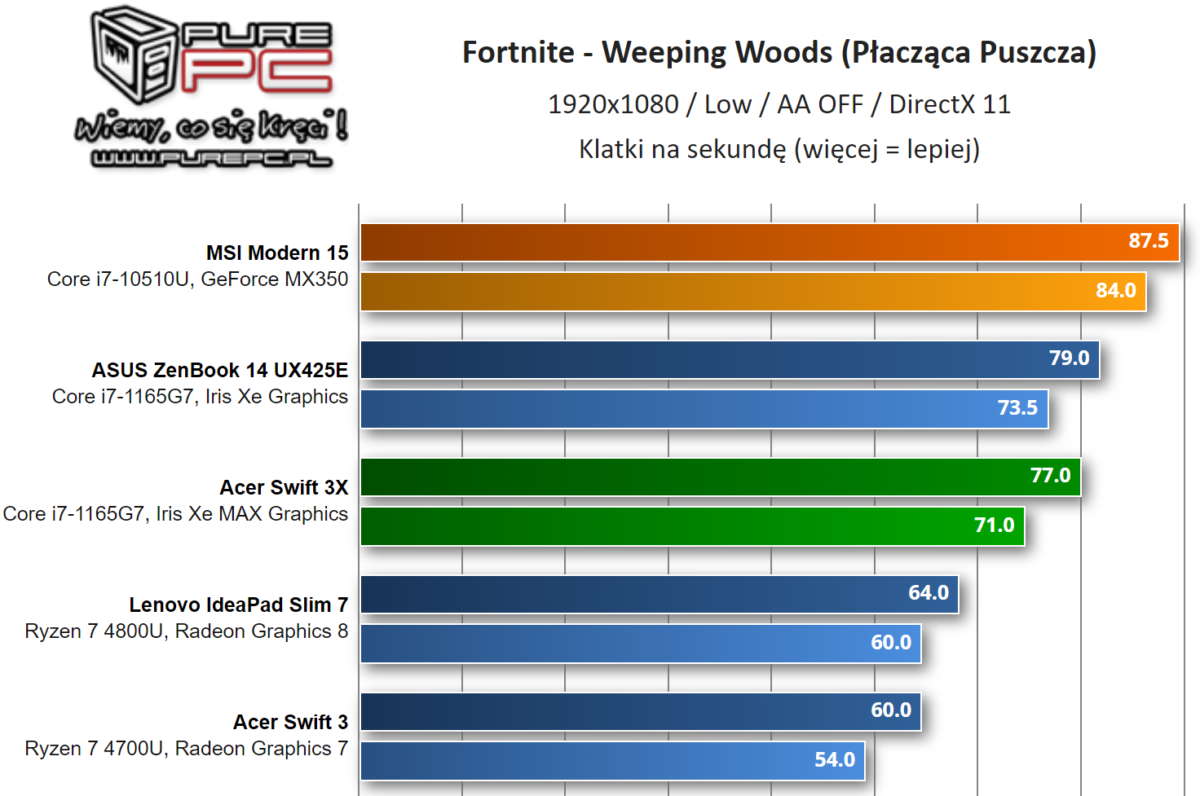 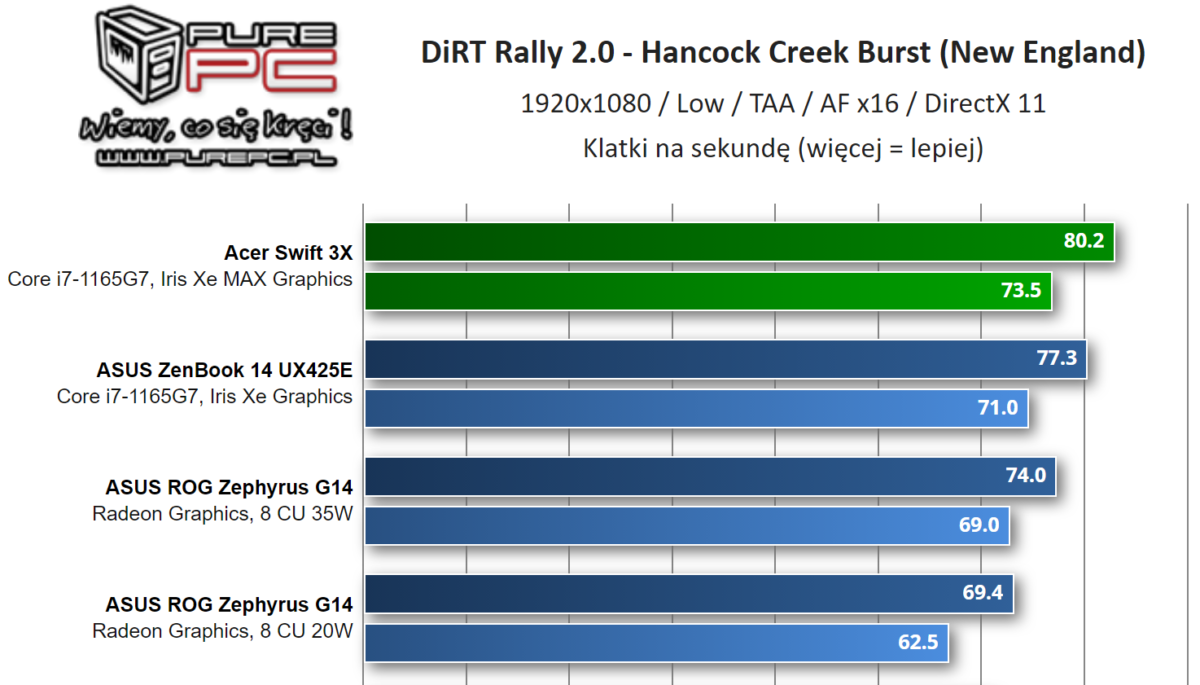 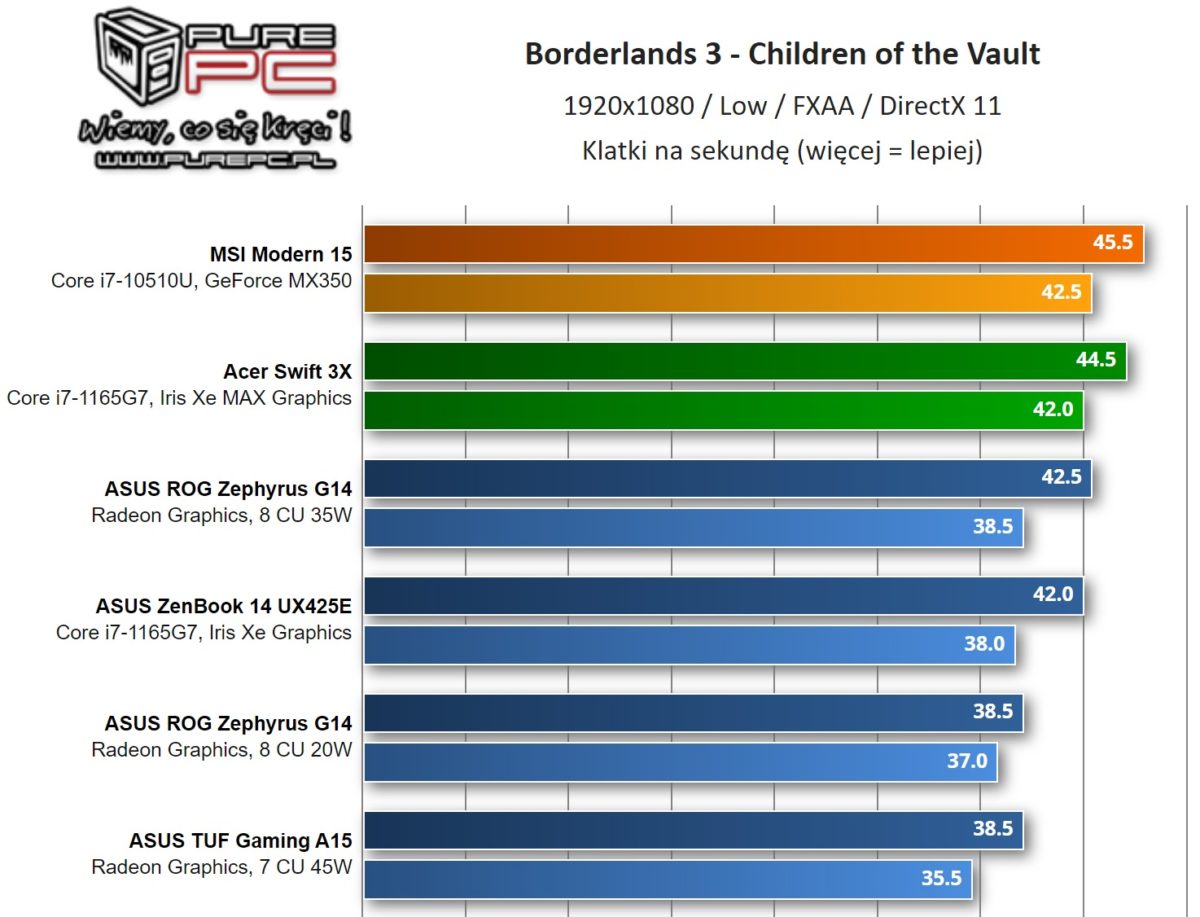