This is actually the first time we are seeing a codename for Xe-based graphics.

The leak would indicate that (unsurprisingly) Intel is planning to stick to the “Iris” branding for the Xe Graphics. The graphics will be used with upcoming Intel Tiger Lake U-based processors. Such processor will utilize Gen12 graphics, which are rumored to bring twice the performance over the previous generation (based on Ice Lake).

The device codenamed Iris Xe Graphics features 96C Execution Units, which can be interpreted as 768 Shading Units. The device is attached to 6.3 GB memory. This is the best configuration for the Xe-LP graphics. These Iris graphics would, therefore, feature just as many cores as Intel’s DG1 platform (discrete graphics), which are sadly not expected to launch for the consumer market.

Intel has already started the marketing campaign surrounding the ‘summer launch’. Meanwhile, Intel employees are already teasing the gaming performance of the series. Thus, Intel is expected to launch its new Tiger Lake series in the coming weeks. The architecture is aimed at low-power and ultra-thin designs. The Tiger Lake U series is expected to have a TDP up to 28W, similar to Ice lake. 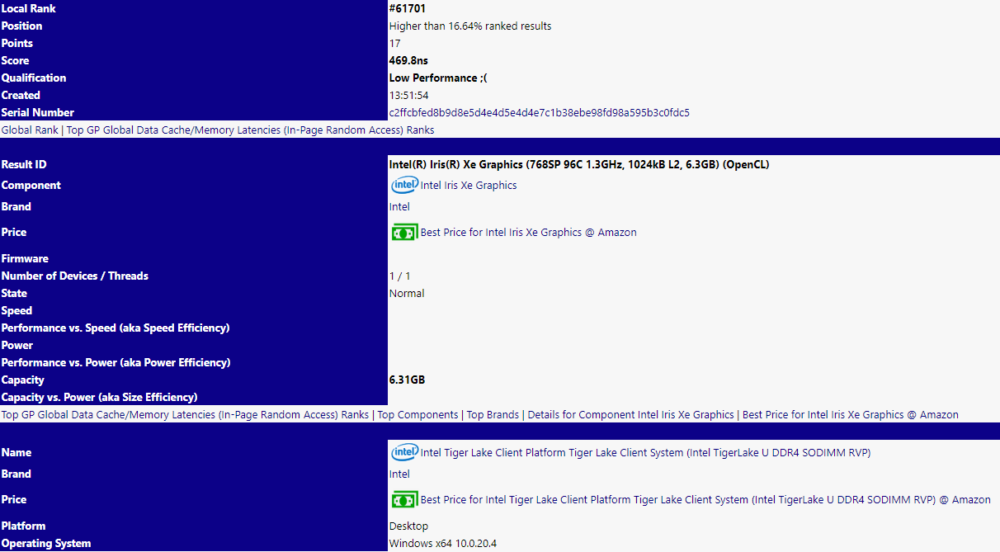