ETA Prime has what appears to be the first review of a modern retail Intel discrete GPU. 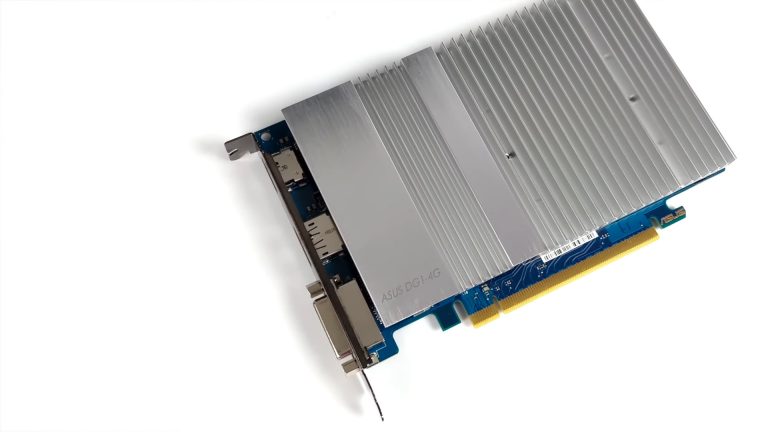 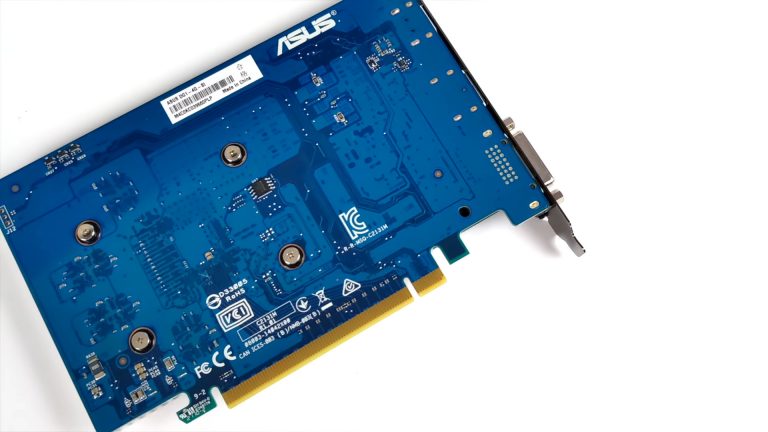 Yes, we have had reviews of DG1 Software Development Vehicle (SDV) before, but the DG1 SDV not exactly available to all consumers, in fact, it is not available to consumers at all. The SDV model, as the name suggests, was only distributed to software developers with one purpose, to provide hardware support for software optimization of Intel’s Xe architecture. But the Xe architecture isn’t just DG1 SDV and all those Tiger Lake mobile CPUs, there is also a lesser-known Iris Xe model, which for the first time has been released to the consumer market (sort of).

Being available to consumers does not mean availability through the DIY market. Unfortunately, the ASUS DG1 is only available in pre-built systems, which kind of makes sense, because Iris Xe is only supported by some motherboards. Since buying a prebuilt PC is the only option to somehow obtain an ASUS DG1 graphics card, this is exactly what ETA Prime did, by purchasing a 750 USD CyberpowerPC system.

This system is based on Intel 11th Gen Core Rocket Lake-S (i5-11400F) CPU which lacks integrated graphics. The system is equipped with a PRIME H410M-A/CSM motherboard, which is one of the two ASUS motherboards to support this DG1 GPU. The graphics are handled by ASUS DG1 (Iris Xe) which is based on Xe-LP architecture. This SKU features 80 Execution Units, which unfortunately is not the full silicon like the DG1 SDV (96 EUs). Also, do note, GPU-Z software incorrectly reports on 96 EUs (768 unified shaders). 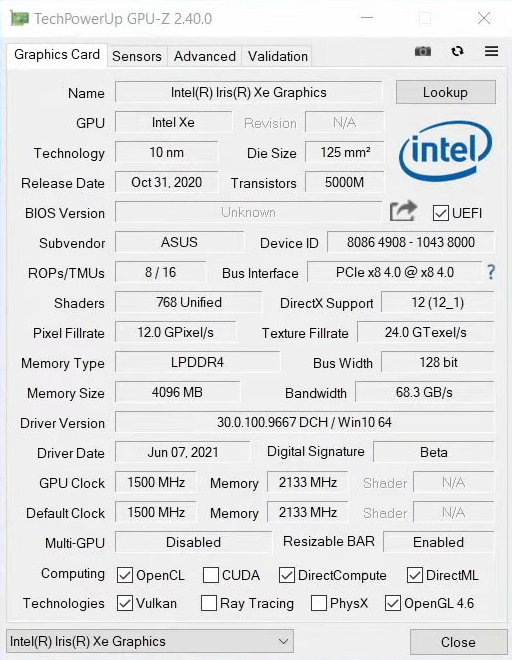 What Iris Xe and DG1 SDV have in common though is a TDP of 30W and 4GB of LPDDR4X-4266 memory. Such a low power consumption means that passive cooling is sufficient and no additional power connectors are required (the card is only powered through the slot). 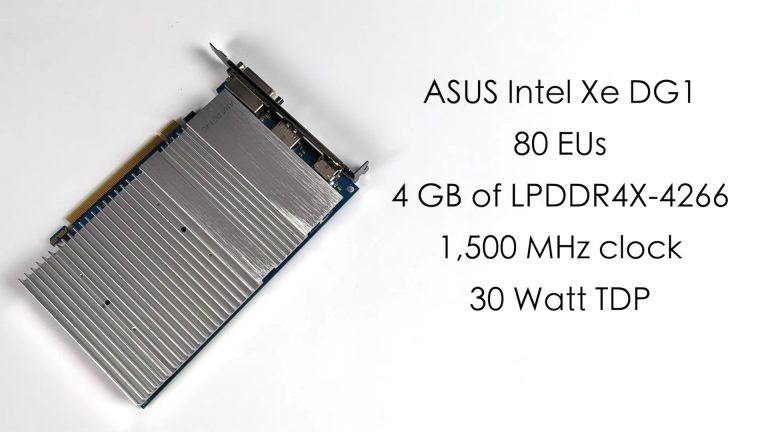 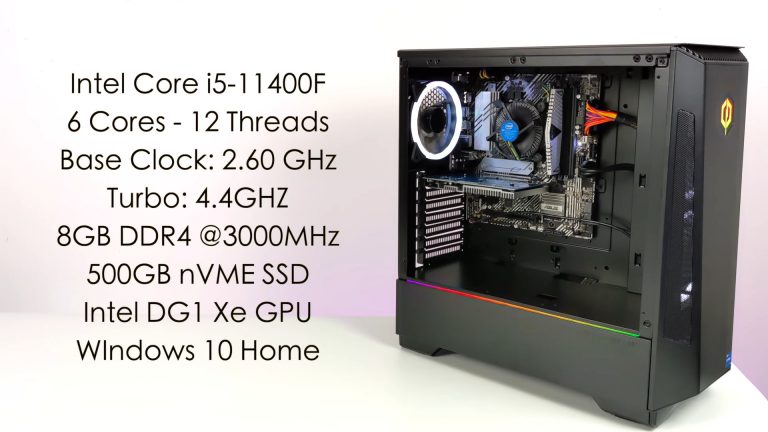 ETA Prime tested the Iris Xe graphics card in 3DMark software as well as a couple of popular games. The graphics card has scored 1630 graphics points in Time Spy, 5837 points in Fire Strike, and 21313 points in Night Raid. By comparing the Time Spy score, which is used by the official 3DMark ranking, it would appear that the ASUS DG1 graphics card is faster than mobile Iris Xe G7 graphics featuring 80 EUs by 31%. This score is comparable to Radeon HD 7870 or GeForce GTX 760. That said, in synthetic benchmarks, it achieves a performance of mid-range GPU from the 2012/2013 era but also requiring 6x less power. ETA later compared the GPU to Ryzen 7 5700G integrated graphics where both solutions offered nearly identical performance. 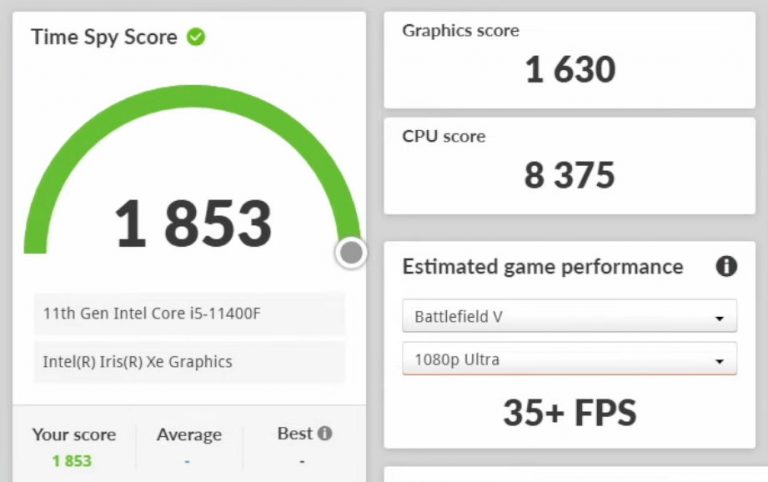 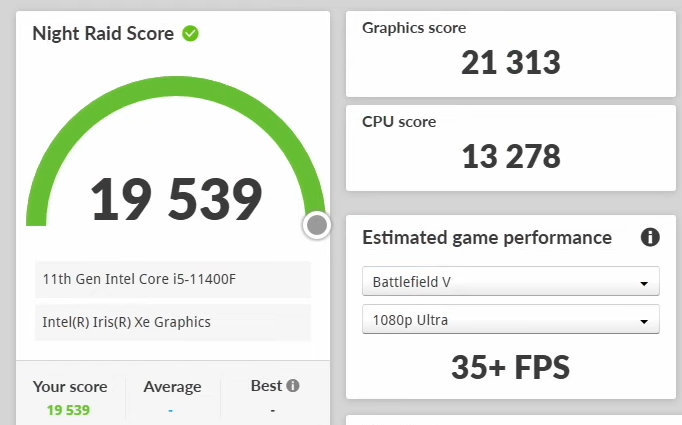 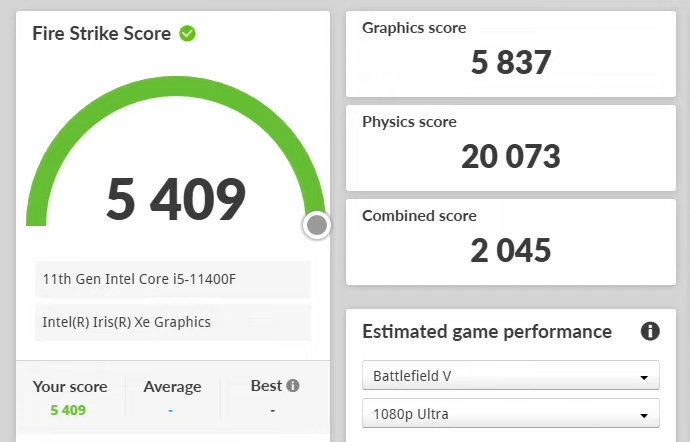 However, one shouldn’t just blindly compare this graphics card with synthetic benchmarks, because they do not account for the fast memory this model has, not to mention the capacity. That said, ETA Prime continued to test the graphics card in games. The graphics card performs quite well in 1080p low to mid settings in most titles. In fact, it can even run Cyberpunk 2077, but the experience may even be worse than the game had at launch on PlayStation 4:

Make sure to check the video below for full details and conclusion: