Intel decided to make adjustments to its node naming. The manufacturer has changed the naming for two of its already announced nodes and also revealed a roadmap for its 2023-2024 products. 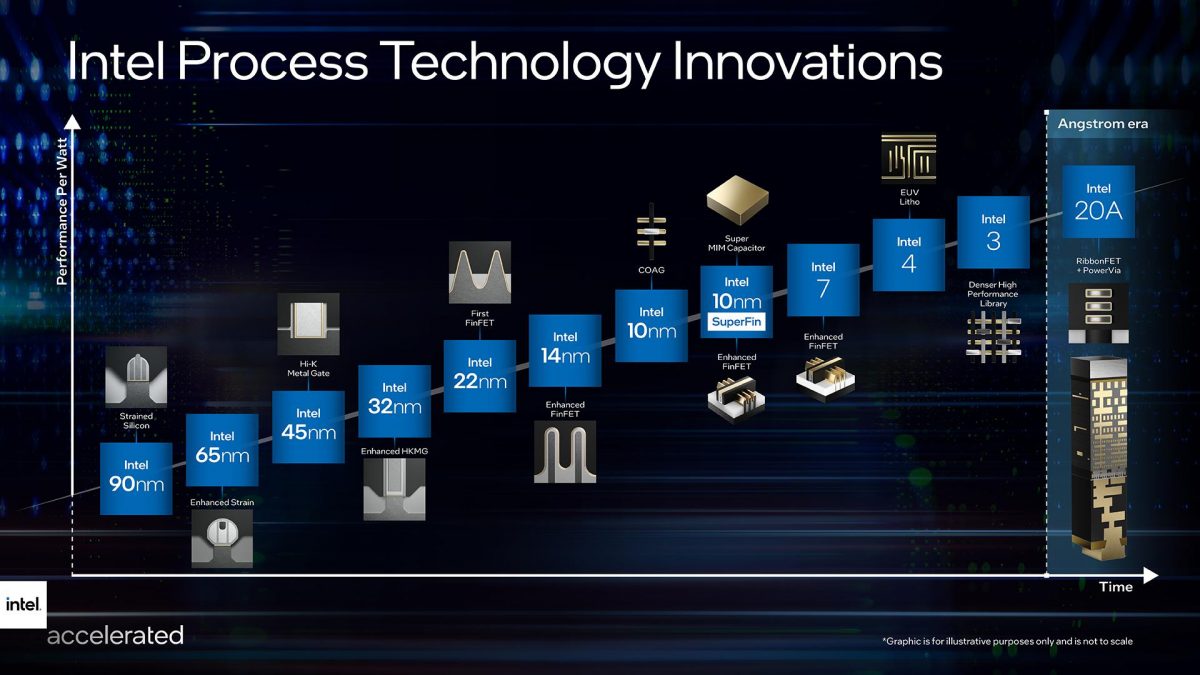 Intel 10nm Enhanced SuperFin has been renamed to Intel 7. Intel revealed that this node is now in volume production and it will see 10 to 15% performance per watt improvement over 10nm SuperFin. This node will be used for Alder Lake and Sapphire Rapids.

Intel 4 is what was previously known as Intel’s 7nm node. The manufacturer promises a 20% performance per watt gain over Intel 7. This node will use EUV lithography. The first products to feature Intel 4 are Meteor Lake which had taped in in Q2 2021 and Granite Rapids’s compute tile.

In the second half of 2023, Intel will be introducing its Intel 3 node. This node will provide 18% perf/watt gain and it will feature a denser HP library. The company also promised increased EUV use, increased intrinsic drive current.

Intel 20A node will provide innovations beginning the first half of 2024. The A stands for angstrom, a metric unit 0.1 of the size of a nanometer. This node will introduce a new transistors architecture known as RibbonFET and PowerVia interconnect innovation. Intel does not confirm which product will use the Intel 20A node. 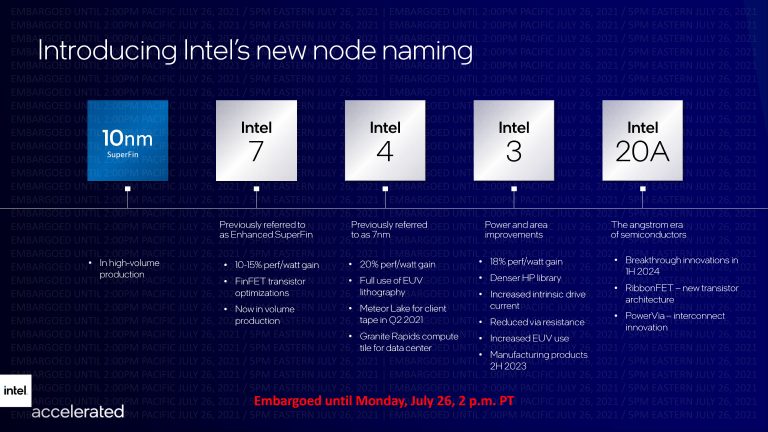 Foveros Omni ushers in the next generation of Foveros technology by providing unbounded flexibility with 3D stacking technology for die-to-die interconnect and modular designs. Foveros Omni allows die disaggregation, mixing multiple top die tiles with multiple base tiles across mixed fab nodes. It is expected to be ready for volume manufacturing in 2023. 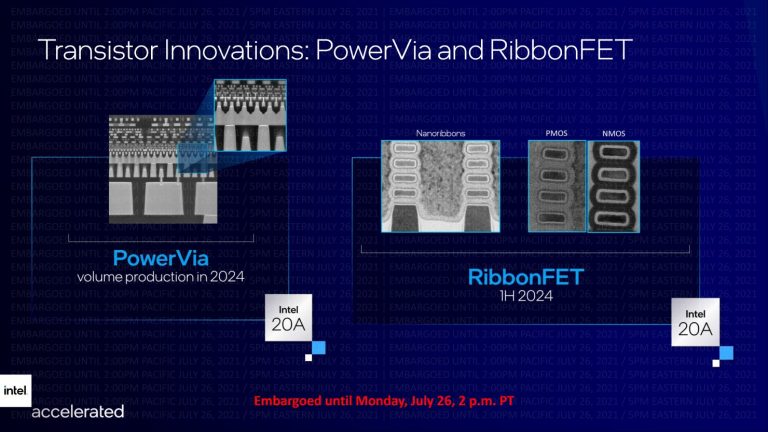