Intel’s upcoming Ice Lake-SP processor has been spotted yet again.

Intel’s Whitley platform is set to replace Purley (Skylake-based processors) later this year. This is the first high-performance 10nm processors from Intel. The Ice Lake features Sunny Cove core design, which brings a lot of improvements over Skylake.

The company announced that Cascade Lake-SP will be succeeded by Ice Lake-SP and Cooper Lake-SP. The latter is expected for high-performance scalable Xeon systems, whereas Ice Lake should launch for workstation Xeons and possibly even desktop HEDT systems. 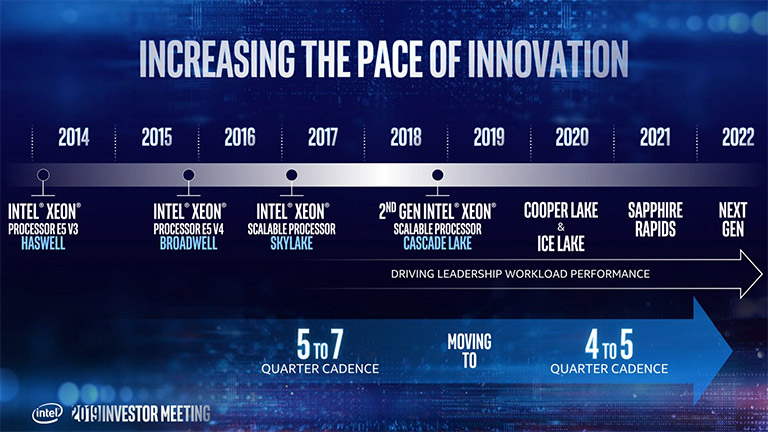 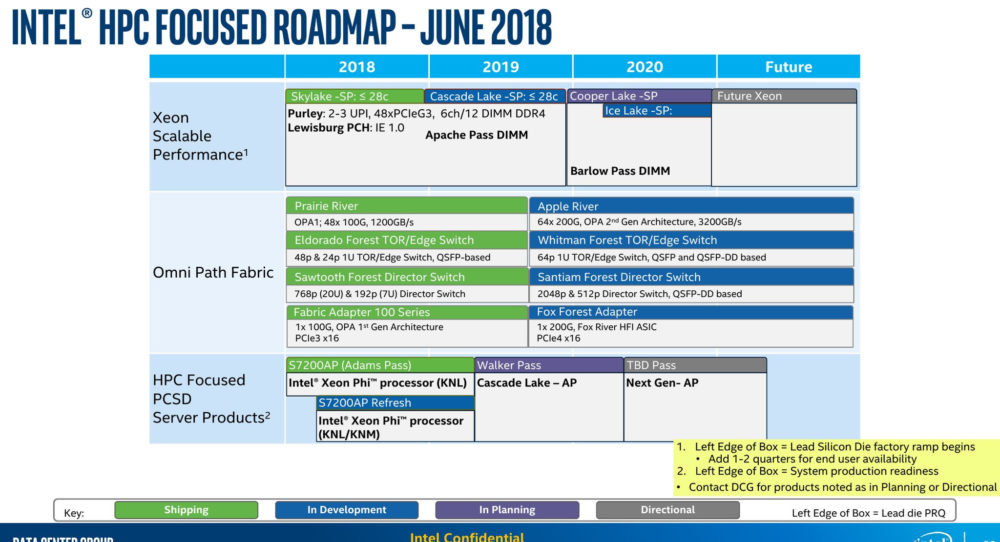 The SiSoftware leak does not provide all the information directly. It actually requires some digging, especially though the previous leaks on Geekbench. From there we have northbridge ID, which can further be associated with the Whitley platform through the CPU-Z Validator,

It is worth noting that the processor was tested on the C621 motherboard (as listed in the CPU-Z leak under ‘South Bridge’). This is the same chipset we have in ASUS ROG Dominus Extreme, AORUS C621 Xtreme and EVGA SR-3 Dark. These motherboards only supported Xeon W-3275 series. 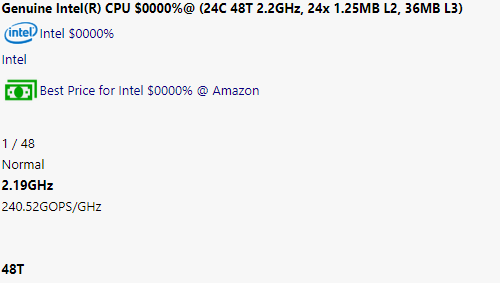 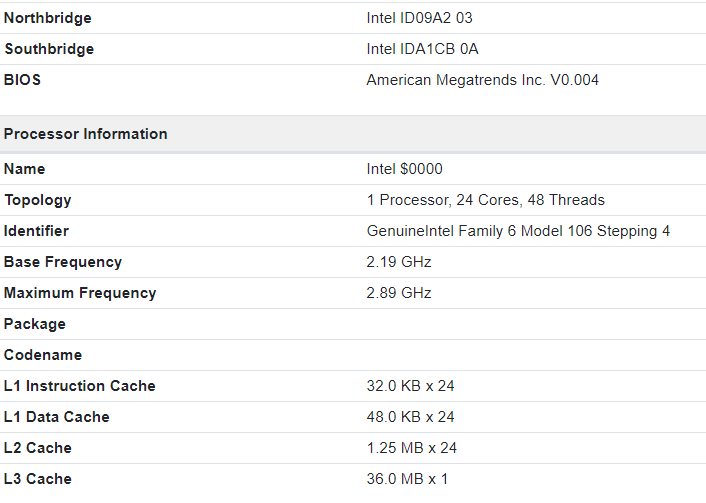 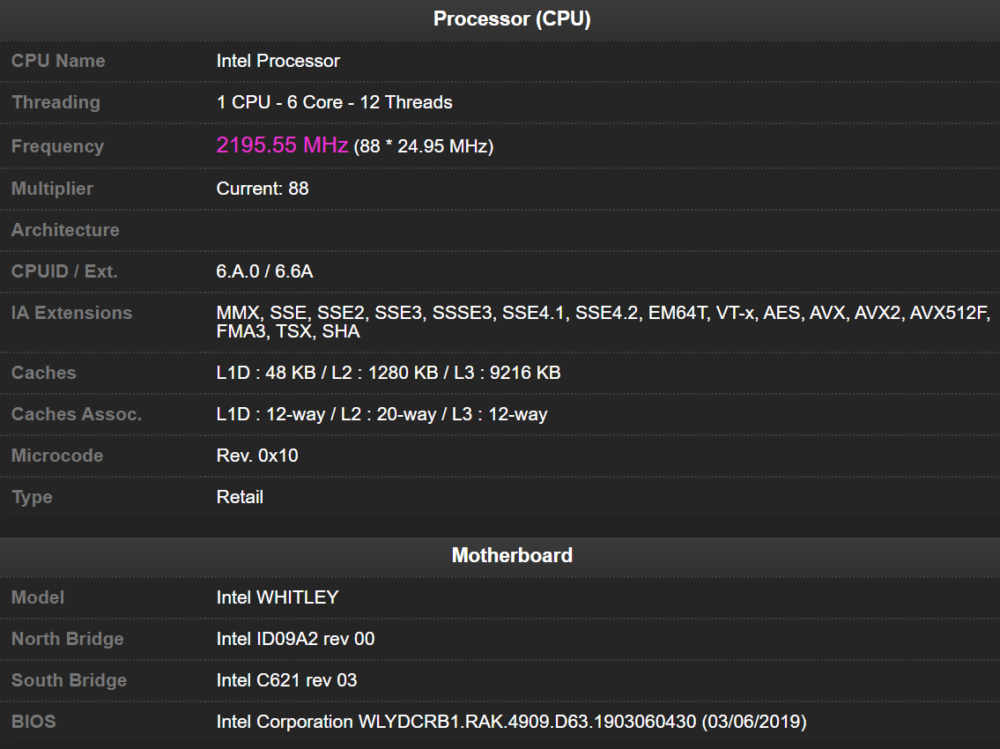