Two of Intel’s upcoming 10nm server processor series have appeared over at SiSoftware Sandra benchmark database. The CPUs that have leaked are Xeon Platinum 8352S and 8352Y, both offering the exact same specifications, but intended for different use. The Y-variant is only for dual-socket systems, whereas the 8352S can be used in 4-socket configurations.

The 3rd Gen Xeon lineup will compete with AMD’s upcoming EPYC “Milan” series based on Zen3 architecture. AMD’s offering tops at 64 cores and 128-threads, whereas Intel’s lineup offers up to 40 cores and 80 threads. 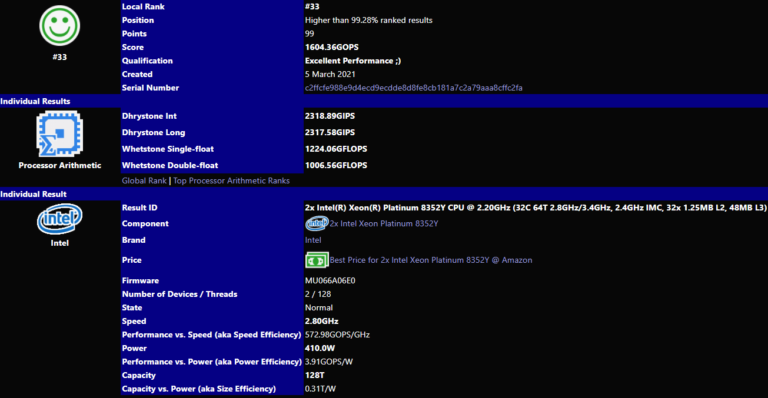 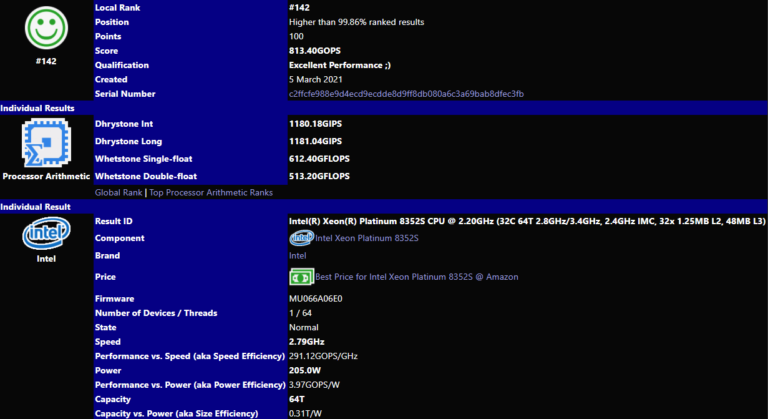 Intel Ice Lake-SP will not be the last 10nm Xeon series. Intel is already working on Sapphire Rapids, it is the first server series based on Enhanced SuperFin architecture (Ice Lake is not even based on Superfin). According to Intel, Ice Lake will provide higher memory bandwidth thanks to 8 channel DDR4-3200 memory support as well as next-gen PCI Gen4 interface standard support.

In official slides released last November, Intel claims that their 32-core Ice Lake-SP CPU is up to 1.3X faster than the 64-core AMD EPYC 7742 CPU in “life sciences and FSI workloads”. 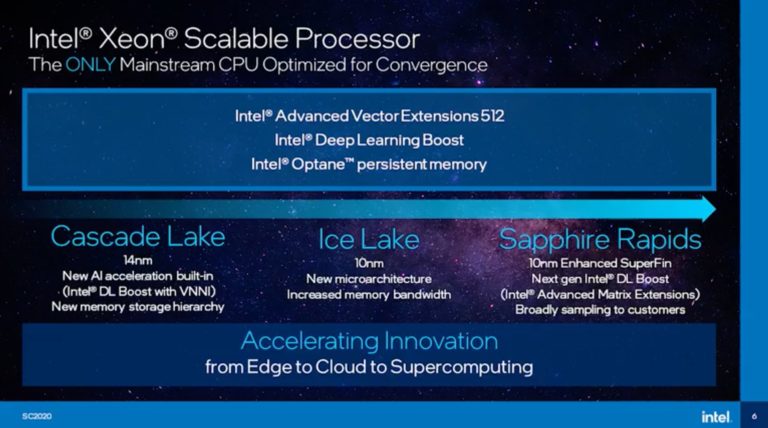 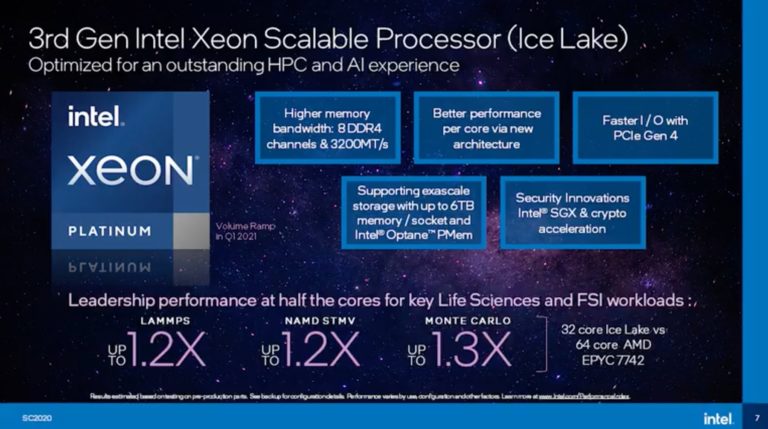 The data collected by Wccftech does indeed confirm that their 32-core CPU is faster than 32-core EPYC but in no way faster than 64-core CPU. 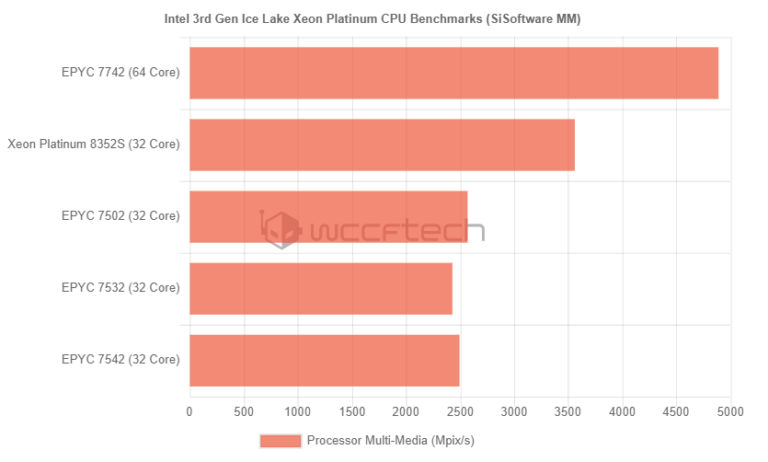 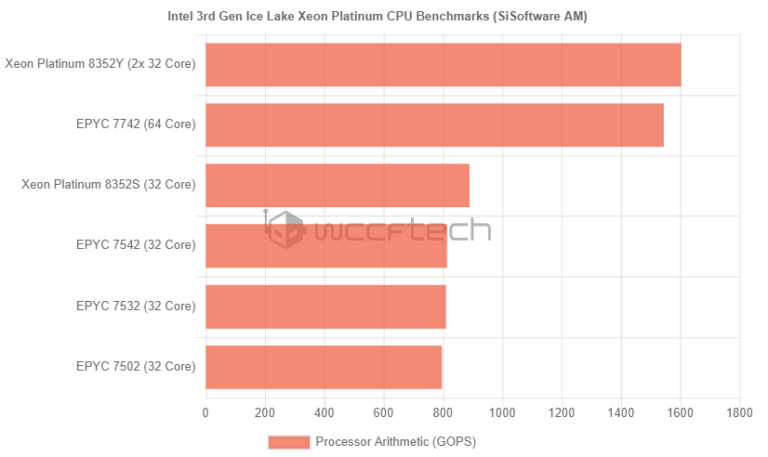 Intel has not confirmed when exactly will Ice Lake-SP be released, but one would guess that it will appear shortly after AMD makes their Zen3 EPYC Milan official. At this point, it is a waiting game to make the final pricing adjustment after the release of competitors’ lineup.