Over at Geekbench, one can find as many as three Alder Lake-HX CPUs listed with their basic specs information. These are high-power laptop processors based on the BGA version of the desktop 16-core silicon. This means that the flagship HX SKUs, such as the newly listed Core i9-12950HX and i9-12900HX (leaked before) will be Intel’s first consumer laptop CPUs with 16-cores and 24 threads. 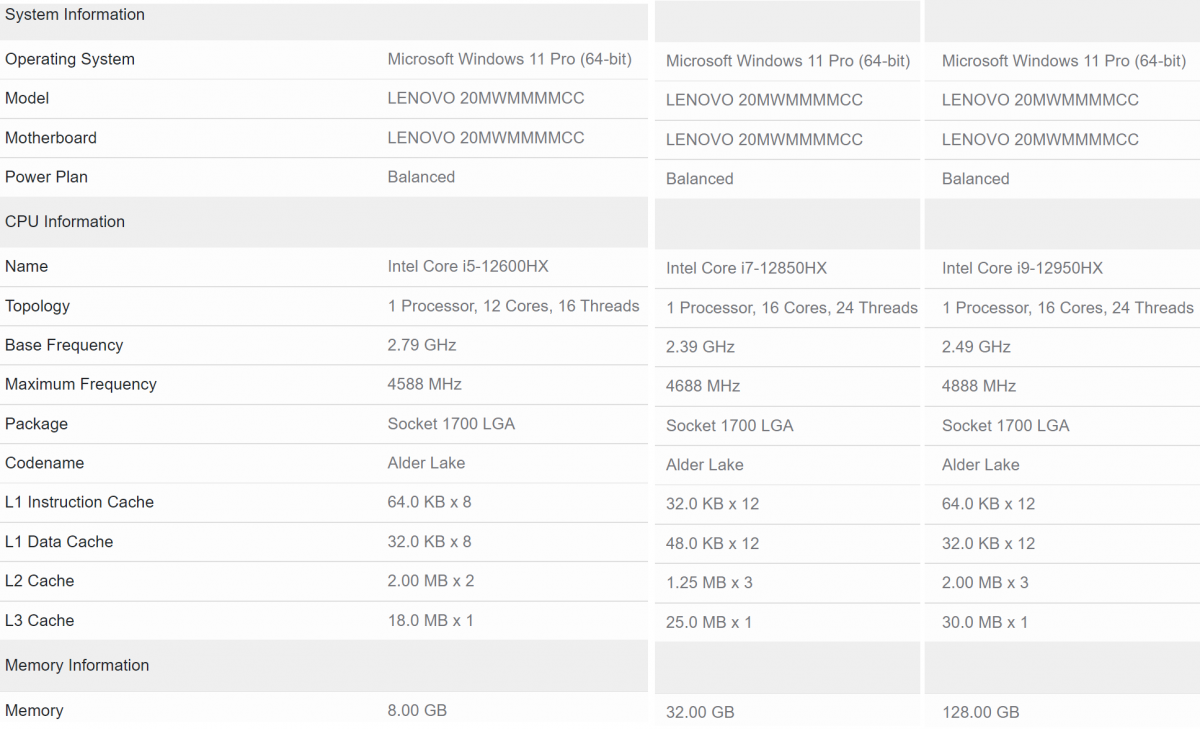 Apart the obvious core bump for some Core i9/7/5 series and higher clocks, there is also an ‘issue’ of less powerful integrated GPUs. Because some of these SKUs have finally been tested in Geekbench GPU benchmark we can now confirm we are looking at a desktop 16-core BGA silicon with 32 GPU Xe-LP cores, rather than 96 available with the 14-core Alder Lake-P version:

The 12th Gen Core Alder Lake-HX series were listed in some very old leaks as ‘Muscle’ segment with base power of 55W. Judging from the Geekbench entries, one can conclude that the HX series will be used by mobile workstations with NVIDIA RTX A5500/A1000 GPUs.