Intel has ‘something big’ to share on September 2nd

Intel has sent out an invitation to the press for the upcoming event. The event is likely to announce (or maybe even release) the 11th Gen Core series known as Tiger Lake.

Intel has first showcased its Tiger Lake processors at CES earlier this year. Sadly, all big tech events have been canceled, meaning Intel did not really have a chance to announce the architecture to the wider audience. We are not sure if Intel was planning to showcase Tiger Lake at Computex, which was also canceled, but Acer has already announced its Swift 5 series based on the new architecture.

According to HotHardware, the event will be (unsurprisingly) virtual:

Intel sent out invites to the tech press today stating that it will be holding a “virtual event” that will showcase how it is “pushing the boundaries of how we work and keep connected”. 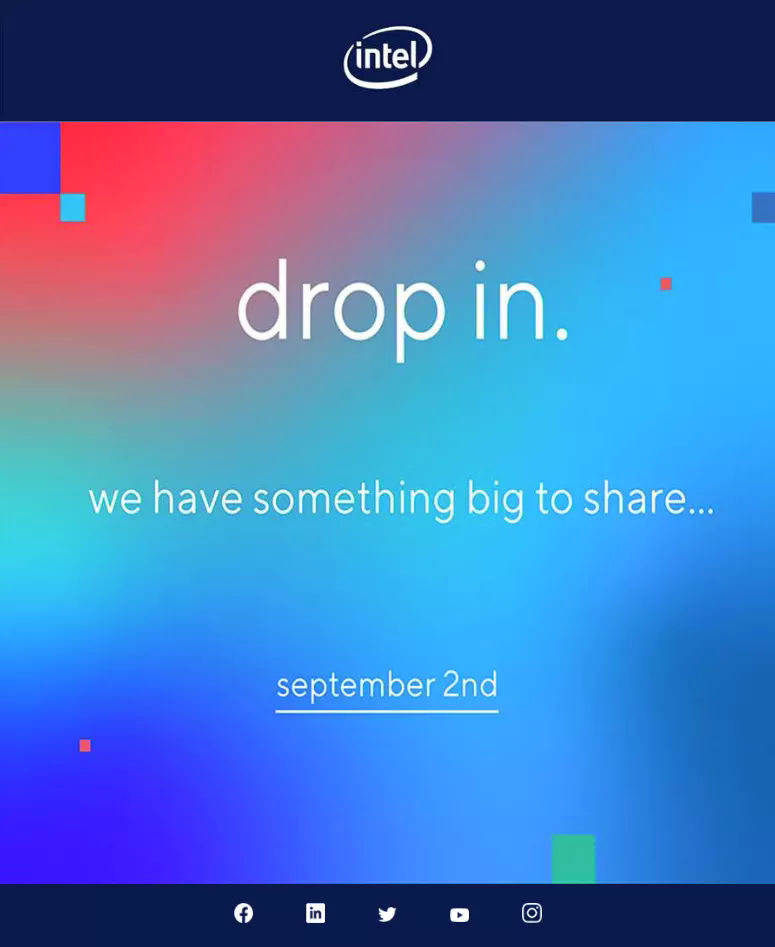