MiTAC becomes the first motherboard maker to list Raptor Lake-S as supported on the current-generation series.

The company lists Raptor Lake-S CPU support for its PH12ADI Mini-ITX industrial motherboard. The CPU allegedly supports up to 5200 MHz (or MT/s if you prefer) through non-EEC SO-DIMM memory. This speed is above JEDEC’s standard of 4800 MT/s, which may lead us to believe that this is the lowest frequency natively supported for SO-DIMM memory on Raptor Lake.

One should underline a fact here that we are looking at an enterprise motherboard here which is not even based on the consumer mid-range/high chipset, but either a low-end H610 or enterprise Q670 instead, therefore, on current gen 600-series. Among many things, the 700 series chipsets are expected to bring some innovations with CPU power delivery and support for higher frequency memory. 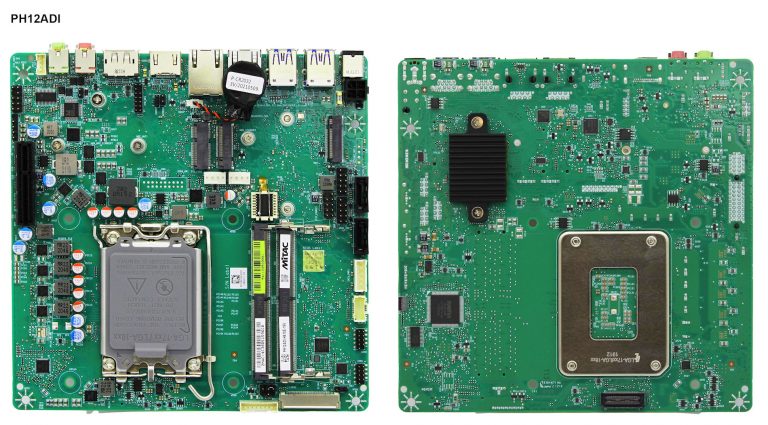 Furthermore, the PH12ADI motherboard is a Mini-ITX form factor that only supports SO-DIMM mobile memory. So would this be a confirmation of the native support for desktop U-DIMM memory on Raptor Lake? Probably not, but it confirms that Raptor Lake does indeed support faster memory even on current-gen motherboards.