Intel’s Grand Ridge is Atom-based architecture designed for 5G base stations. This is a successor to Snow Ridge which had a very similar design, bar the new features coming with Grand Ridge. And there are some interesting new features for sure.

Intel Grand Ridge will support dual-channel DDR5 memory (up to 5600 MHz). Additionally, the series will also support PCI-Express 4.0 standard and Gracemont CPU cores (the cores on the diagram are labeled).

According to the official roadmap, architecture is expected in 2021. However, because it was planned to be manufactured in 7nm HLL+ process technology and Intel recently acknowledged issues with the process development, this date is likely to change.

Intel Grand Ridge’s 24-core Atom core design will be clocked up to 2.6 GHz, which means the series will be 400 MHz faster than the successor. 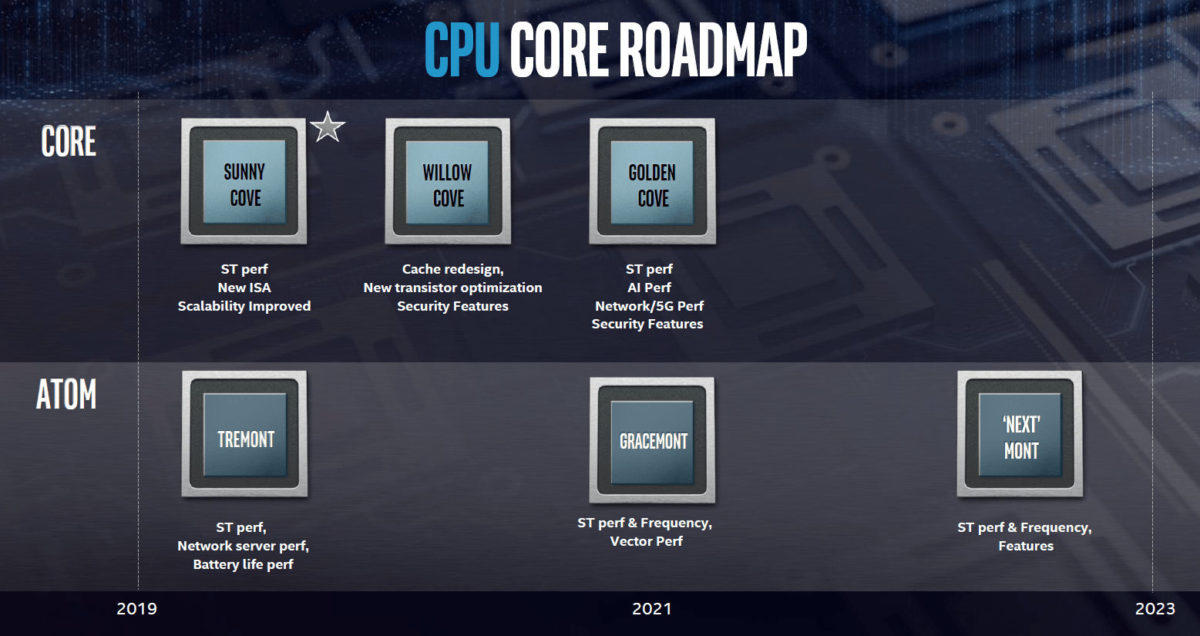