Intel Elden Ring driver is a no show

It’s February 25th and Intel has not yet released a driver for Elden Ring, an open-world role-playing game from Bandai Namco.

This wouldn’t have been a problem if not for the fact that Intel themselves promised to release a day-0 graphics driver for this game specifically. In fact, the website that leads to said driver redirects itself to 101.1121 drivers which were released back in … November 2021. This driver is not optimized for Elden Ring. 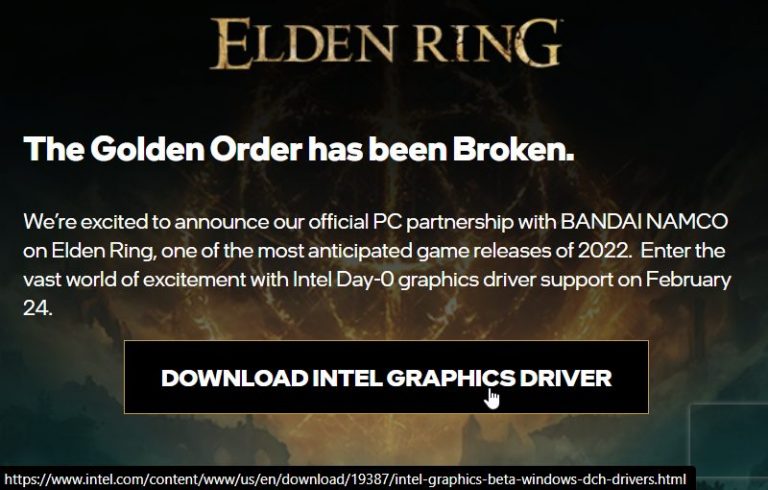 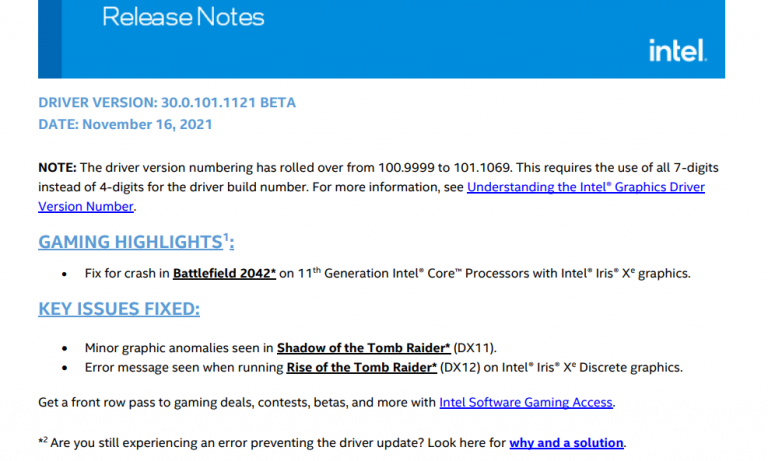 Obviously, this might simply be an issue with the Intel website, but the dedicated page for the graphics driver does not show any new driver either.

Intel and Bandai Namco have partnered up to optimize the driver for the game once it launches. This game was officially released yesterday.

The missing Elden Ring driver and nearly 6 weeks with no updates for other games are rising concerns about Intel’s capacity to deliver frequent updates for new game releases. This should be especially important once Arc Alchemist GPUs become available, and that is expected by the end of this month.

Update: Intel confirmed that there was a problem with the driver which resulted in it not being available as announced earlier:

We apologize for the delay in providing an update on the driver for Elden Ring. We’ve found a late breaking incompatibility in the game, and we’re working diligently with the developer to resolve it.