As spotted by Phoronix, Intel has begun the enablement of 5th display support for its DG2 GPUs.

Intel i915 graphics driver received a patch that brings 5th display support for the Intel DG2 GPU family. This is an internal codename for Arc Alchemist discrete GPU family that will be released this year for mobile and desktop platforms.

The Linux i915 kernel patch does not explain how does the DG2 GPU family support 5 displays. In fact, none of the leaked photos of the engineering samples had any sign of the fifth display output. Arc Alchemist cards could theoretically support 5th display through USB Type-C DP HUBs, however, the samples that were photographed only had either HDMI or DisplayPort connectors. 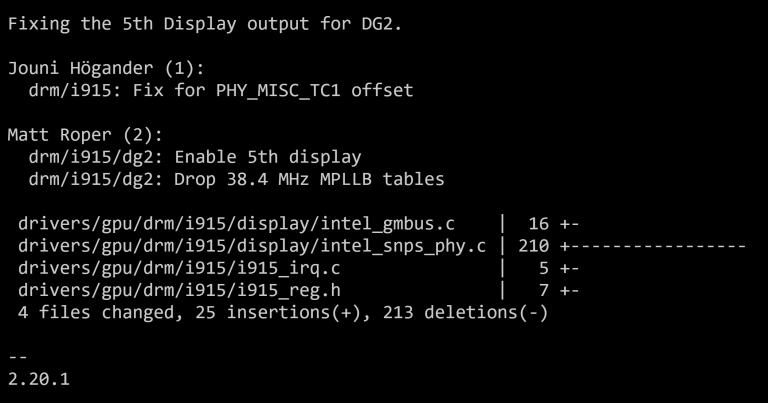 Neither NVIDIA nor AMD desktop gaming cards support more than four displays, but there were attempts to add more than 4 connectors to some gaming cards (such as the Gigabyte AORUS series). However, those cards are still limited to 4 displays while the additional connectors remain useful for VR headsets.

The 5th display makes a lot more sense once we consider workstation models, such as Radeon PRO W6800 with 6 mini DisplayPorts. According to the rumors, Intel Arc Alchemist is also coming to workstations, which is why the 5th display might simply be for its professional series that Intel has simply not mentioned before.