The flagship DG2 GPU has been spotted on Geekbench.

The Xe-HPG based GPU codenamed DG2-512EU has just been spotted on Geekbench alongside Intel Alder Lake-S CPU with 16-cores. Both representing the flagship specs of the future Intel gaming platform.

Intel has not confirmed when DG2 GPUs will be announced, not to mention a possible release, but we already know what to expect in terms of specs. The DG2 family will be divided into three different processors, each offering a different number of GPU cores. The flagship DG2 will have 512 Execution Units (Compute Units on Geekbench). This is the same GPU that has just been spotted there. Intel is also working on 384EU and 128EU variants.

The DG2 512 EU GPU has been spotted with a maximum clock of 1.8 GHz and 12.6 GB of memory. The memory is most likely not limited to 12GB, but rather 16GB as reported in previous leaks. The VRAM is likely used by other shared system resources.

The Alder Lake-S CPU is also a flagship model with 16 cores and 24 threads. What may be interesting in this particular leak is the maximum frequency of 4.6 GHz, it’s the first time Geekbench has correctly reported on the clock speed. What is yet to be confirmed is whether base and boost frequencies refer to the high-efficiency (small) core or the high-performance (big) core. 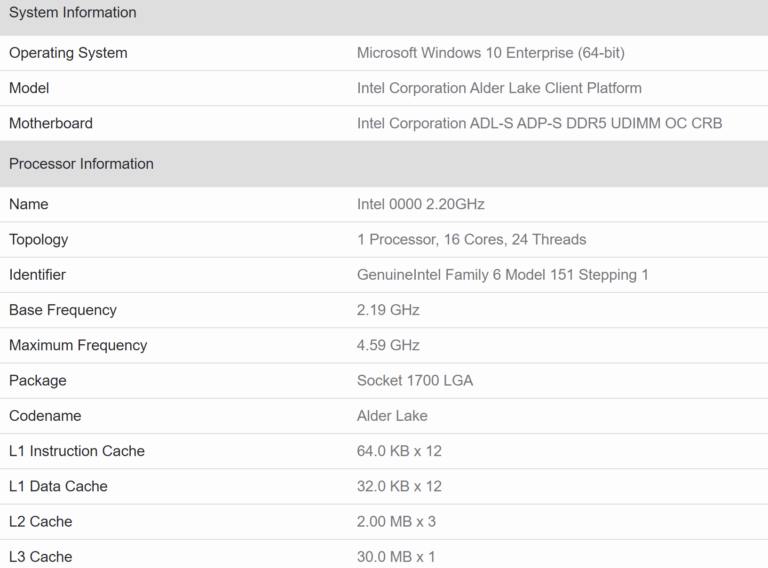 When it comes to the OpenCL (GPU) result itself, the performance is quite frankly, underwhelming. This is likely because the hardware was not running at its full potential. At this moment it is not worth comparing even to entry-level GPUs. 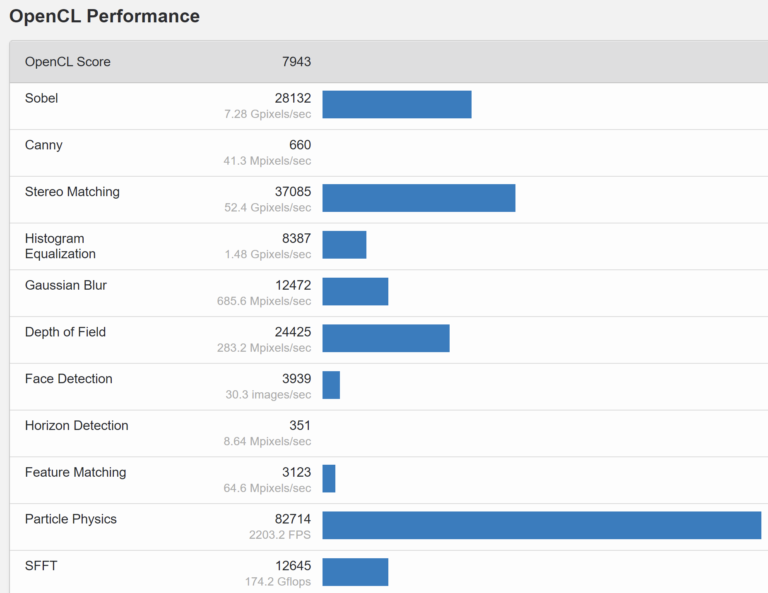