Igor Wallossek has an exclusive teardown and test of the DG1 graphics card from Intel.

Although DG1 SDV has been announced more than a year ago, only now we get to see how this graphics card performs in a real-world scenario. It is important to note that the DG1 SDV is not the same graphics card as the Iris Xe model announced a few days ago. Although both cards are based on the same GPU (DG1) the former was not meant to be available to consumers and even OEMs.

The SDV stands for Software Development Vehicle which is a graphics card for developers to accommodate their software for the upcoming Intel Xe graphics (at the time there were no discrete Xe graphics cards, not even in mobile form factor).

Since then Intel has released Iris Xe Max (discrete DG1 based mobile GPU) and announced Iris Xe for OEMs (discrete desktop). Intel has already released drivers supporting the new GPUs, but by far the hardest part right now is to find available products equipped with those GPUs. 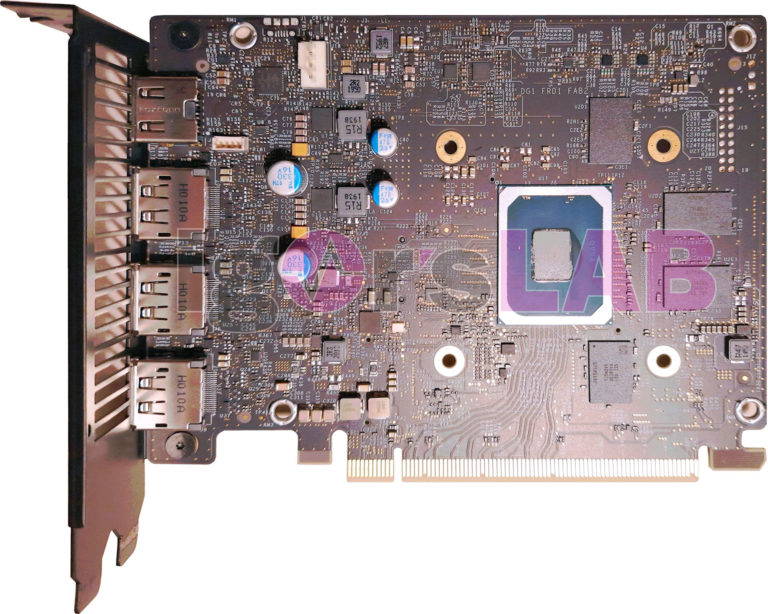 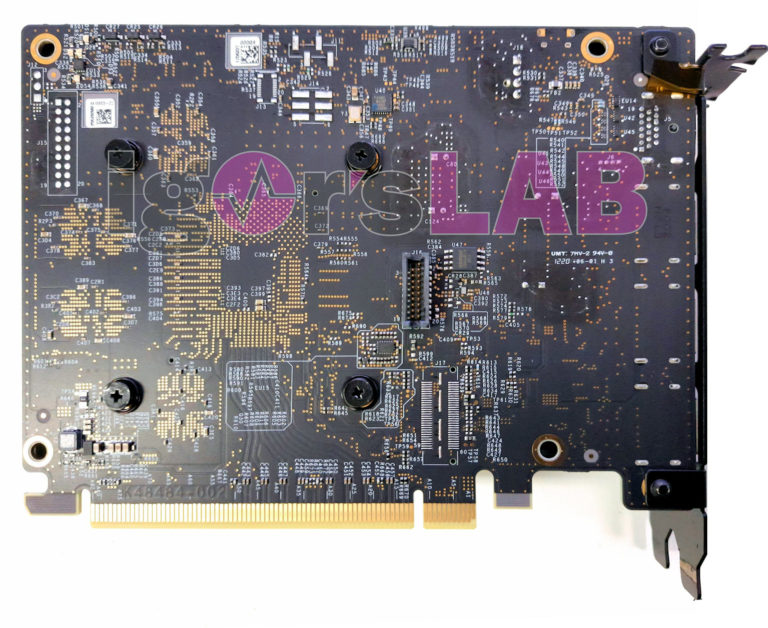 Intel DG1 GPU is based on Xe-LP architecture manufactured using Intel’s 10nm SuperFin node. The DG1 SDV features 96 Execution Units attached to 8GB of LPDDR4 RAM with 2133 MHz frequency. This is more than the 80CU variant known as Iris Xe that debuted earlier this week in collaboration with system integrators such as ASUS.

The graphics card has relatively good power consumption in idle (4W) with a maximum power requirement of 30W during load. The software reports that the GPU consumes at least 20W alone, but the 30W is shared between other components. The power is provided by the PCIe slot exclusively, there are no power connectors on the graphics card.

Intel DG1 SDV has a 1550 MHz GPU clock speed on average, which makes it 100 MHz slower than the official boost clock for the mobile variant (Iris Xe Max). 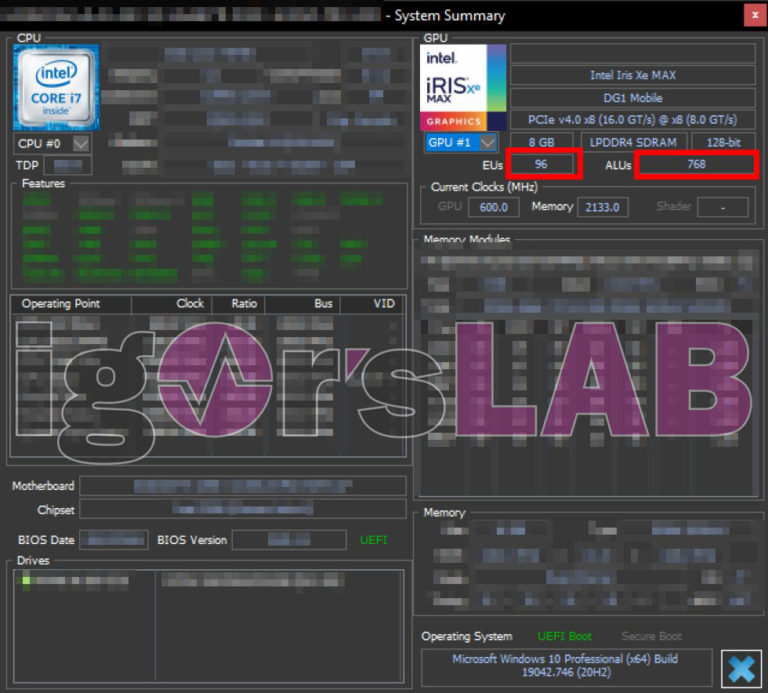 In terms of performance, well there is where things get complicated. The graphics card can only be tested with Intel’s own platform prepared for the new GPU. After all, Intel had no intention for this graphics card to be available to consumers, but only to software developers who are working with Intel hardware. Igor did not reveal which platform was used for the test, but it would appear that he also tested this graphics card using such a supported platform.

However, the graphics card does not appear to work with games, not to mention any meaningful benchmark. Thus any performance evaluation has been fruitless. As mentioned by Igor, The DG1 SDV is expected to perform similarly to GeForce GT 1030 graphics cards though. 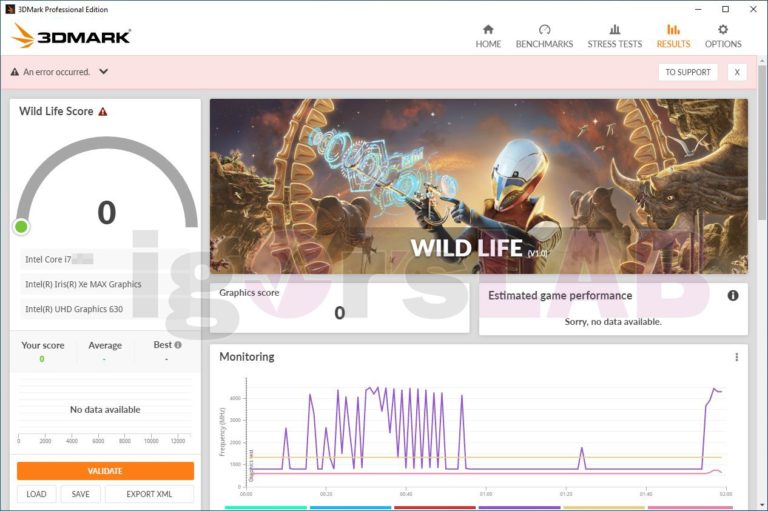 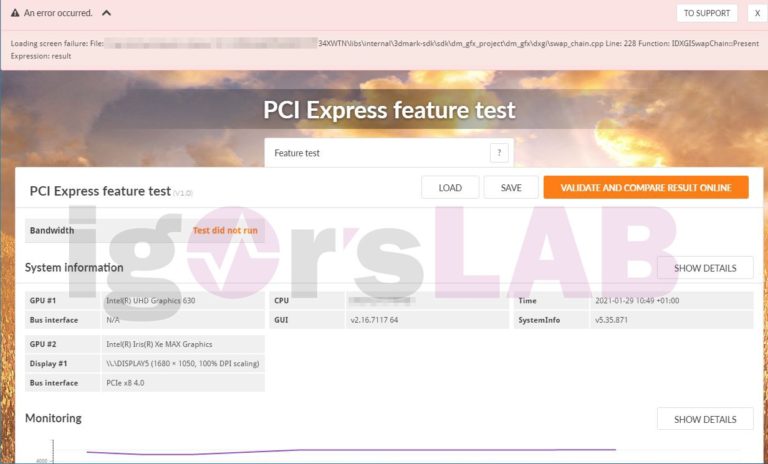