The company provides more details on its sub-28W laptop series.

At CES 2022 Intel revealed a lot of details on its 12th Gen Core H-Series which are designed for gaming and high-performance mobile computing. Although the company did confirm it will be releasing CPUs with lower power requirements, it wasn’t until today that Intel was ready to show the full details.

With 28W base power, the P-series have a maximum TDP of 64W. Intel will be offering these series with 64, 80, and 96 Execution Units of built-in Xe-LP graphics. The U15 and U9 series, on the other hand, are designed for ultra-thin laptops. These SKUs will too feature up to 96 GPU units, however, the core count will be limited to 10 (up to 2 Performance and 8 Efficient cores). 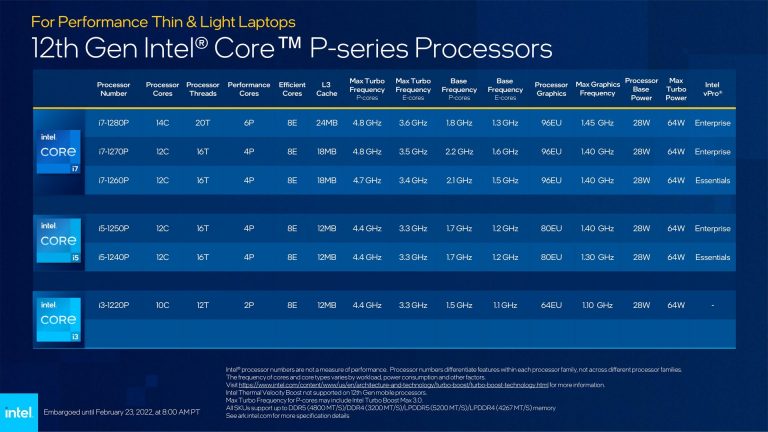 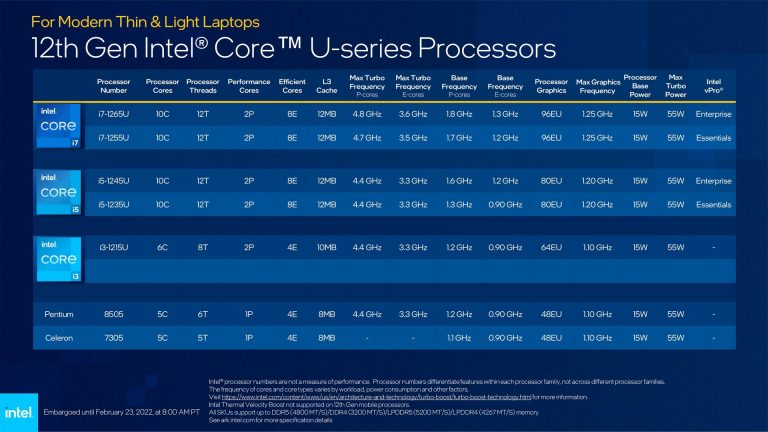 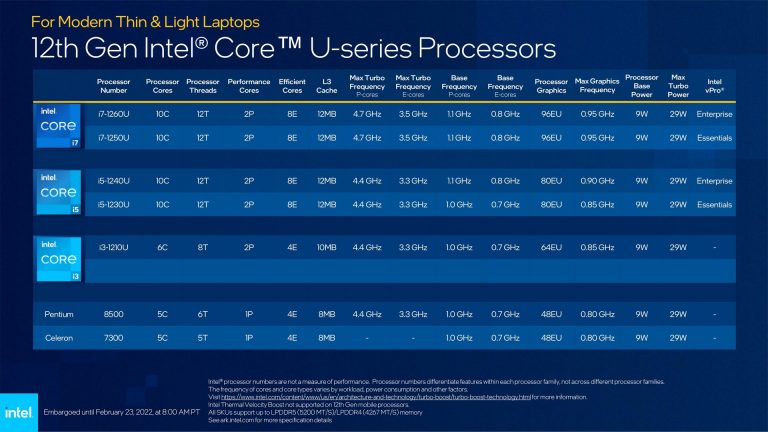 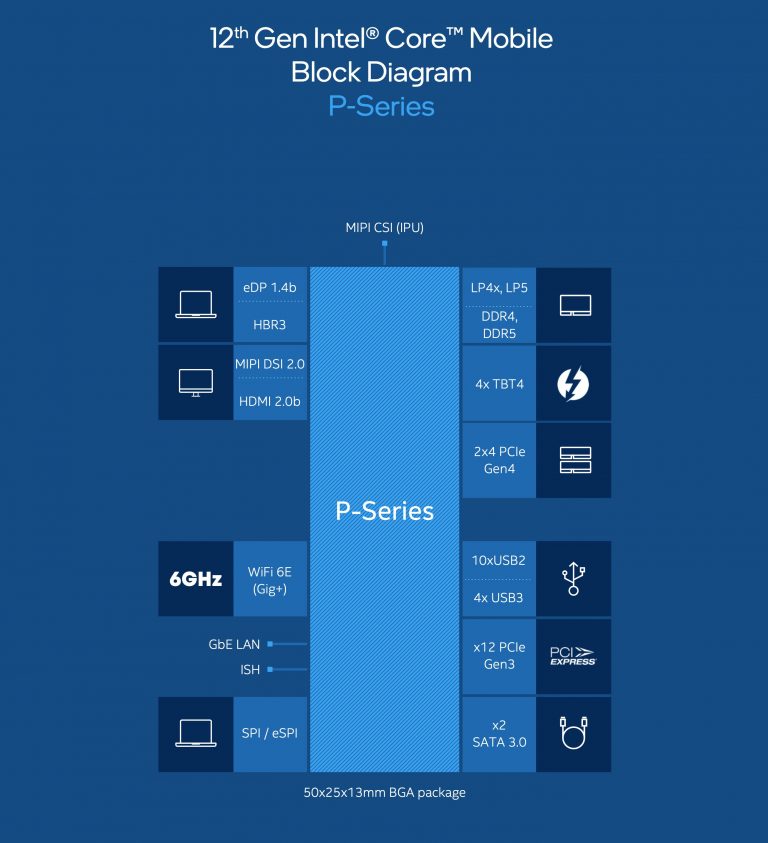 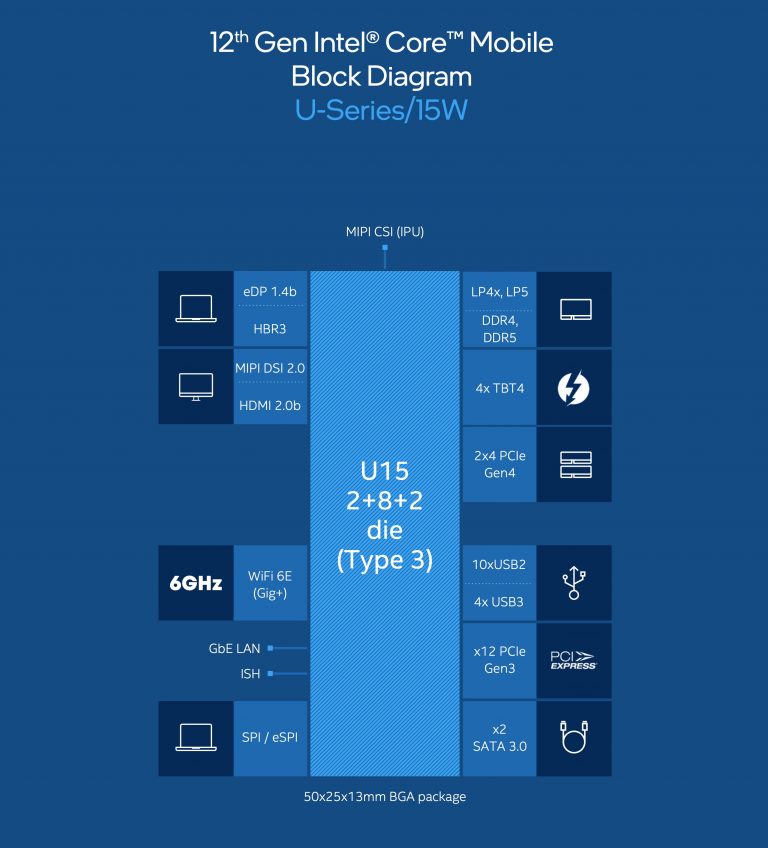 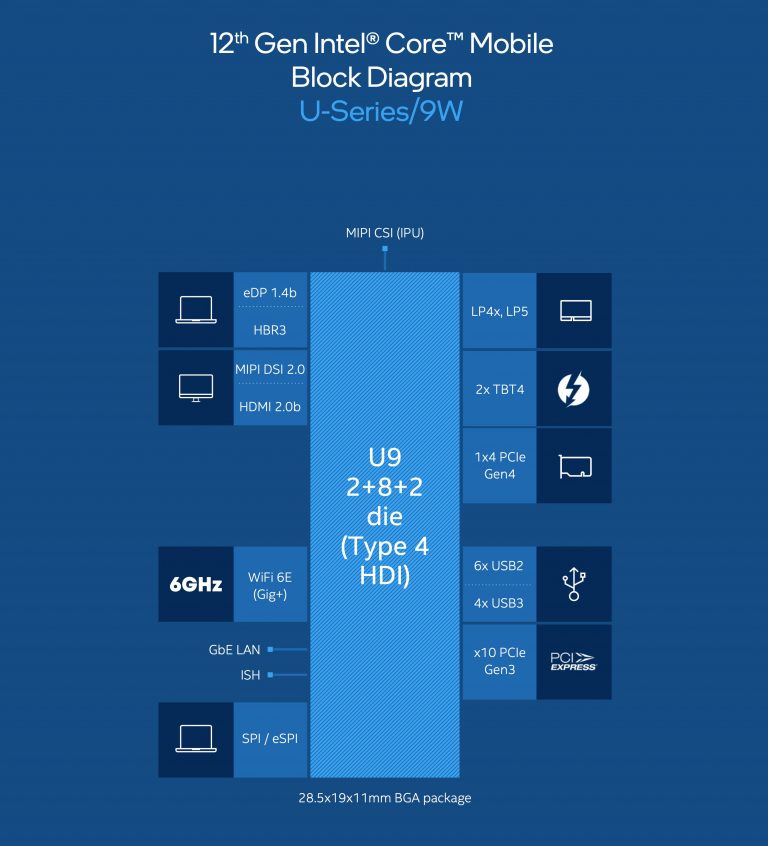 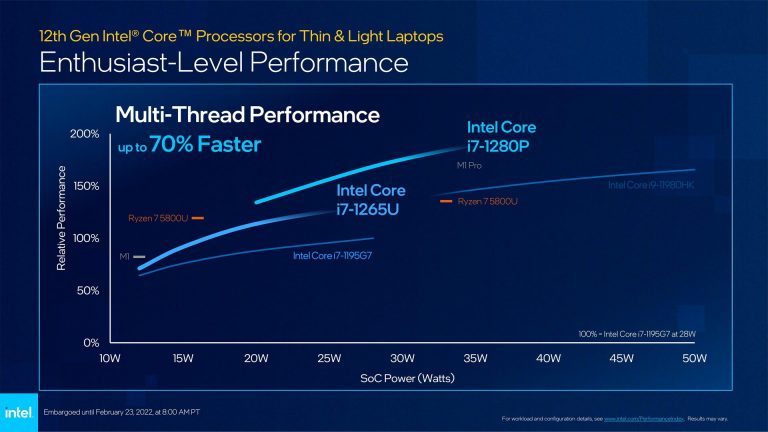 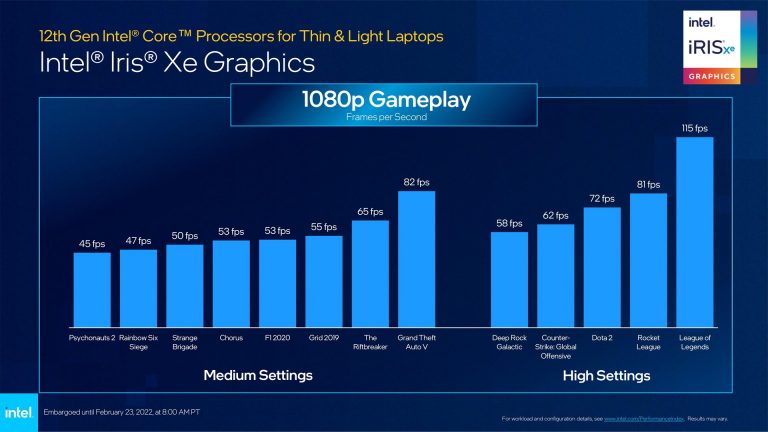 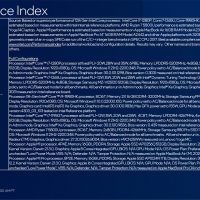 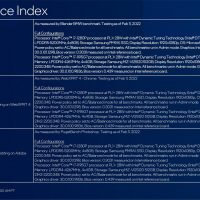 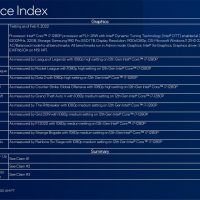 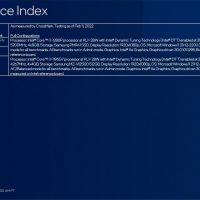 Intel Alder Lake P/U series should become available in the coming weeks. The company promises as many as 250 designs based on this new architecture.

What’s New: Today, Intel expands the 12th Gen Intel® Core™ mobile processor lineup with the official launch of 12th Gen Intel Core P-series and U-series processors. Engineered for blazing performance and superior productivity, these 20 new mobile processors will power the next generation of thin-and-light laptops. The first devices will be available in March 2022, with more than 250 coming this year from Acer, Asus, Dell, Fujitsu, HP, Lenovo, LG, MSI, NEC, Samsung and others.

About 12th Gen Intel Core Mobile Processors: Like the rest of the 12th Gen family, Intel’s newest mobile processors for thin-and-light designs are based on Intel’s performance hybrid architecture featuring a combination of Performance-cores (P-cores) and Efficient-cores (E-cores). From video calls to web browsing to photo editing, workloads are intelligently placed on the right core at the right time for optimal multitasking with Intel® Thread Director on Windows 11. 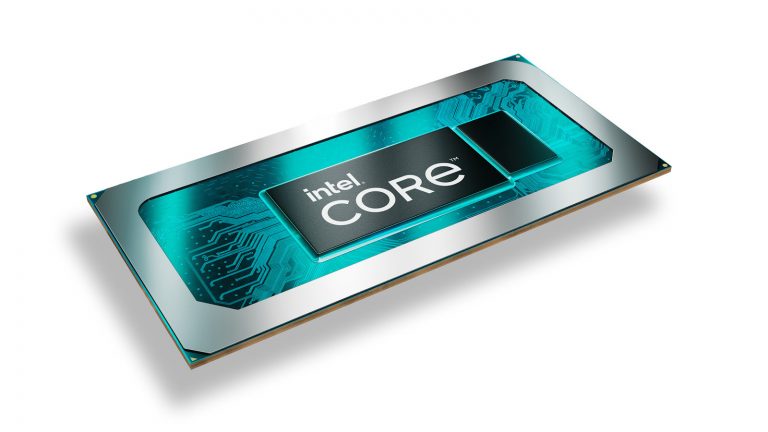 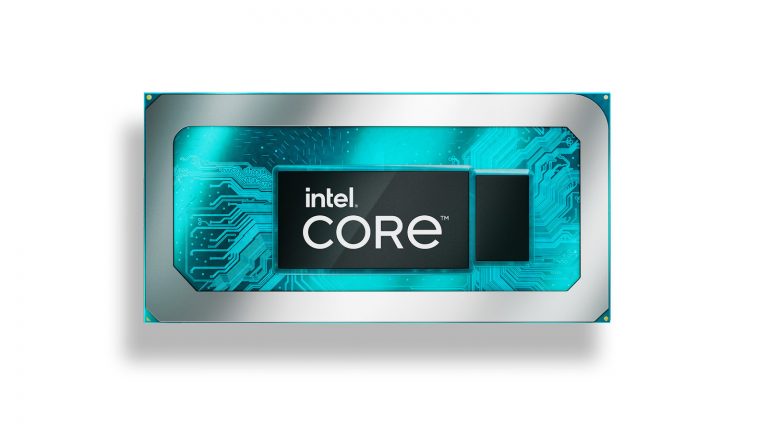 Through deep co-engineering efforts with 150 ecosystem partners, more than 100 Intel Evo verified systems are expected this year, with systems for the first time including foldable displays and designs with 12th Gen Intel Core H-series.

Intel’s co-engineering and real-world testing expands to accessory partners this year through the Engineered for Intel Evo program. Expect additional Thunderbolt monitors, docks, storage and Bluetooth headsets to join the powerful lineup of accessories already in the program from Poly, Anker, Kensington, Dell, HP, Belkin, Samsung, Sabrent, OWC and others.

Microsoft’s Point of View: “The last two years have had a profound transformational impact across our lives with the PC playing a more meaningful role than ever. This is driving a new era of PC use,” said Panos Panay, executive vice president and chief product officer at Microsoft. “With Windows 11 and the newest 12th Gen Intel Core mobile processors, expect next-level performance to empower productivity and inspire creativity.”