At GDC Showcase 2021, Roger Chandler, the VP and GM at Intel, has revealed the first demonstration of the new 11th Gen Core H-Series of processors codenamed Tiger Lake-H.

This is the first public demonstration of the 8-core and 16-thread Tiger Lake-H CPU. Chandler confirmed that the demo features the 5.0 GHz chip, which suggests that we are looking at the flagship Core i9-11980HK processor. The new series features Willow Cove core architecture and are using a 10nm fabrication process. These are the first non-14nm high-end chips from Intel.

The demo was running on Intel’s prototype notebook equipped with a Core i9 Tiger Lake-H chip. It is not mentioned if the laptop is equipped with a discrete GPU, hence it is believed that the demo is actually running on Xe-LP integrated graphics.

It is said that Tiger Lake-H features 20 PCIe Gen4 lanes which support the latest discrete GPUs and storage devices. The recently launched AMD Ryzen 5000H series codenamed Cezanne does not support this interface standard, which is why Intel is making this a big selling point. The processor was demoed using the Total War game, which is a real-time strategy franchise known for being CPU-bound. 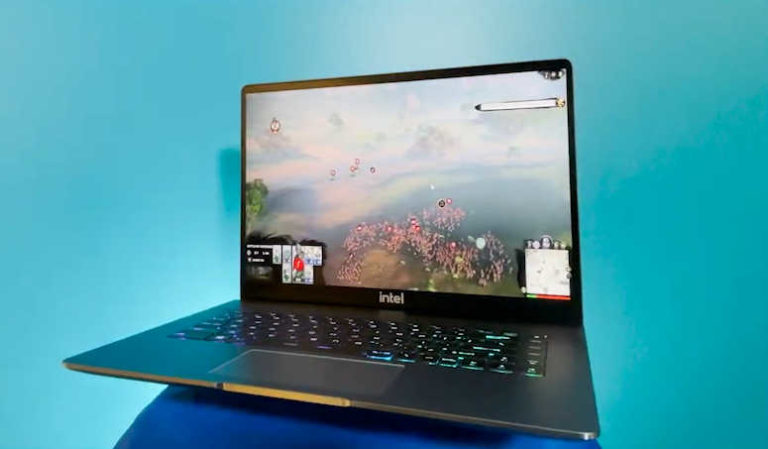 Roger Chandler confirmed that Tiger Lake-H will launch in the second quarter. It is believed though that Intel might launch its new 11th Gen H-series laptop around Computex.