Intel is slowly expanding its portfolio of XeSS supported titles. A new partnership with IO Interactive and Exor Studios has resulted in super-sampling technology implementation into two games.

Hitman 3 released in January is the first AAA title to feature XeSS support. A demo has been shown as a part of a video posted on YouTube featuring Roger Chandler (Intel’s VP and GM of Client Graphics Products and Solution) promoting Intel as a partner for developers. Unfortunately, at the time of writing, only low-quality 1920×1080 videos are available, but Intel promised to publish 4K XeSS videos later. We are not exactly sure why Intel has to be reminded to upload high-quality videos each time there is a new XeSS development, yet it appears to be a reoccurring theme. 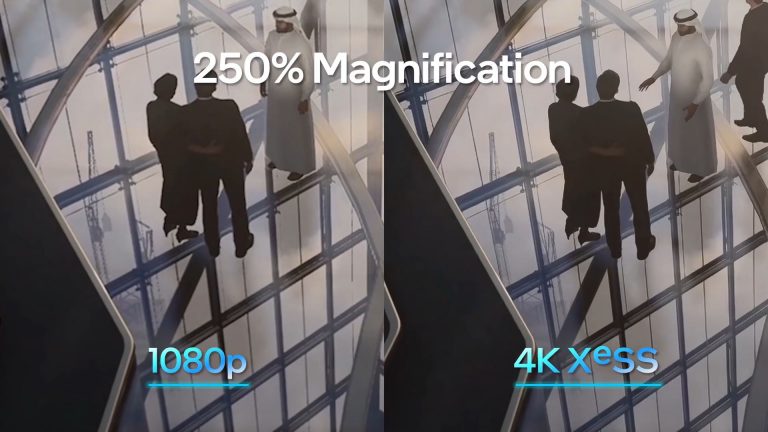 The game relies on an updated Glacier Engine, which was confirmed to support ray tracing at some point in the future. Sadly this technology has not yet been added to the game, but neither has any super-resolution technologies such as NVIDIA DLSS or AMD FSR, and that’s despite the game featuring AMD FidetlityFX CAS (Contrast-Adaptive Sharpening).

The following video is timestamped
[Intel Graphics] Intel InnovatiON 2021 | Let's Play: Getting the most out of the PC Gaming Platform | Intel Graphics (17,053 views)

It seems that the next-gen game update with super-resolution and ray tracing may launch next year though, alongside Intel Arc Alchemist discrete GPU series. After all, Intel has no need to offer this technology right now, which would also boost performance on competitor GPUs, as XeSS will be supported by NVIDIA and AMD graphics cards, should both companies be interested of course. 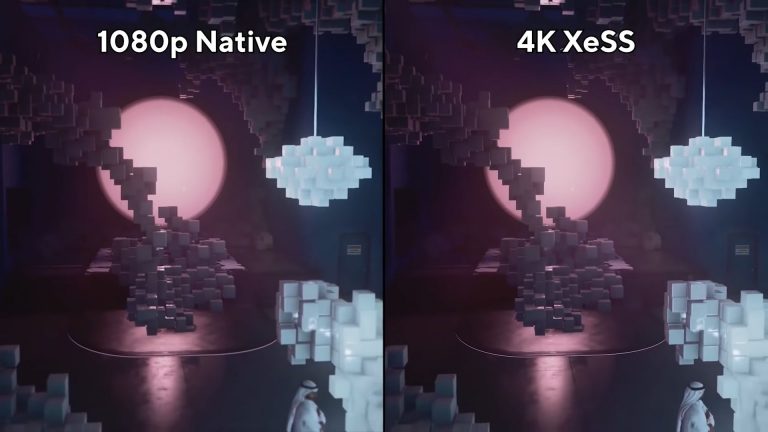 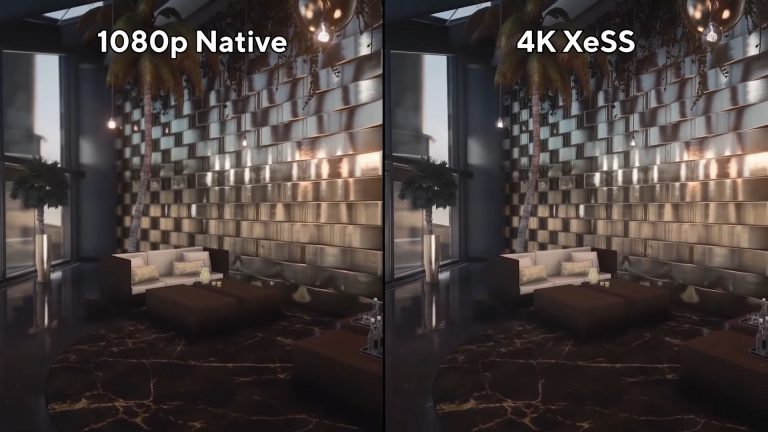 Furthermore, a XeSS demo featuring a game called The Riftbreaker was shown by Lisa Pearce (VP of Architecture, Graphics, and Software at Intel). This game was developed by Exor Studios, a Polish company that has just recently added AMD FidelityFX Super Resolution (FSR) to the game in June this year. That said, Riftbreaker would be the first game to support FSR and XeSS. Unfortunately, the video is quite blurry (low bitrate) and it is hard to see differences between native and XeSS without focusing on details. 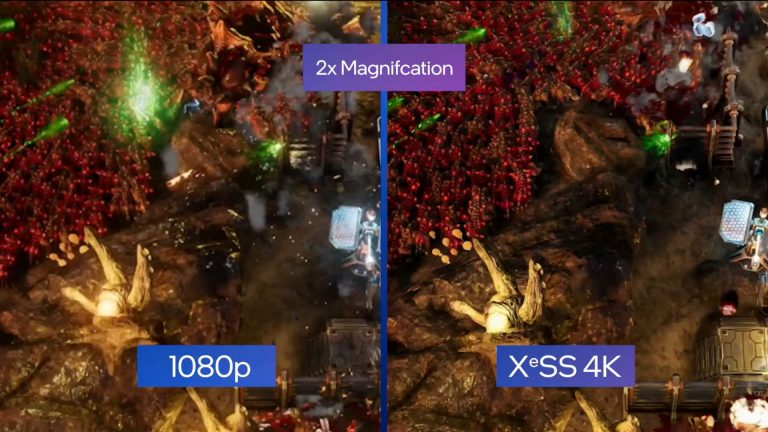 The following video is timestamped
[] (0 views)

Intel is also ready to give access to XeSS technology through their DevMesh program. Anyone from large studios to small indie developers can submit their game for consideration. The more developers submit to this program, the more competition among super-sampling technologies gamers will see next year, once Intel technology is released. The submission form is available at the Intel DevMesh site. 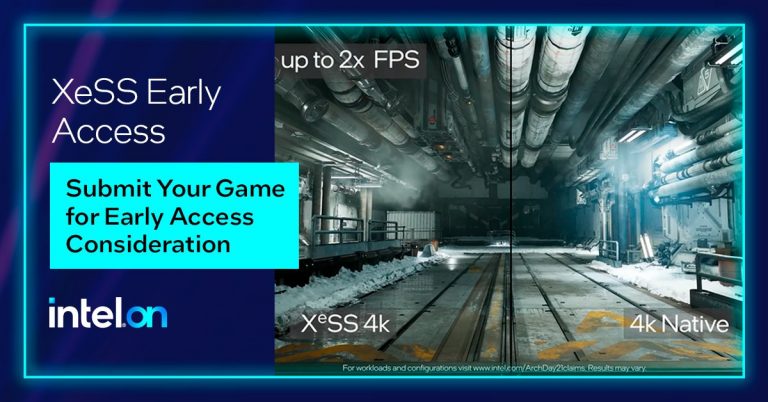 Intel did not disclose any further details on its DG2 GPU family at the Intel Innovation event. The company reaffirmed it will launch Arc Alchemist, the first generation Xe-HPG GPUs, in the first quarter of 2022, although it was not confirmed whether those are mobile or desktop SKUs.