Intel DG2 GPUs will not only be used by consumer gaming graphics, but also by data-center Arctic Sound-M series.

With the launch of its new ACM (Arc Alchemist/DG2) graphics processors, the company heavily promoted the fact that DG2 GPU family supports AV1 video encoding, a feature currently not available with any AMD and NVIDIA consumer GPU. We are still in the early days of AV1 becoming a popular standard, but most of today’s GPUs are already capable of decoding an AV1 stream (with an exception to AMD Navi 24 GPU).

The Arctic Sound-M features an Intel DG2 (ACM-G11) GPU with 128 Execution Units. This processor is a single-slot and passive processor attached to PCIe Gen4 x16 interface and powered off a single 8-pin EPS power connector. 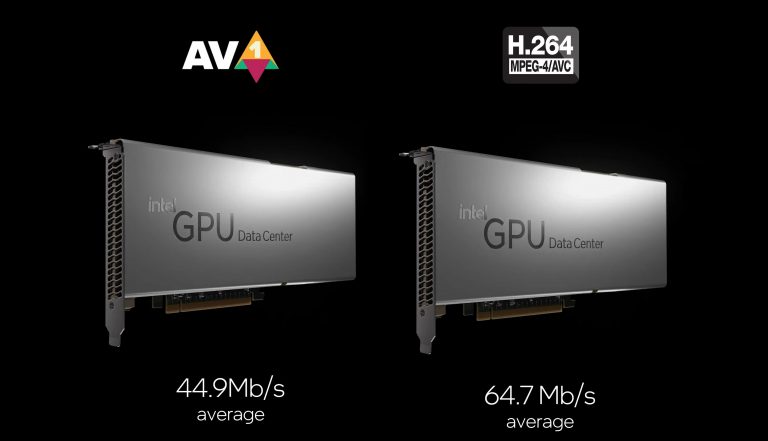 At Investor Meeting 2022, Intel announced Arctic Sound-M was designed mainly for video transcoding, it’s a “Media Supercomputer” Intel has said. The company confirmed that AS-M supports up to eight simultaneous 4K streams, or thirty 1080p streams. It could, therefore, potentially be used by Intel and other companies for game streaming services.

In a new video promoting the AV1 encoding, Intel is making a comparison with AVC (H.264) codec side by side. It shows that AV1 codec can substantially lower the required bit rate with similar video quality, with up to 30% saving. With the growing popularity of AV1 codec, which is a royalty-free alternative to AVC/HEVC, Intel could potentially have an advantage over competitors by offering transcoding solutions for data-centers. Some video streaming services, such as Netflix, have already started offering AV1 stream, as long as supported decoding hardware is detected. 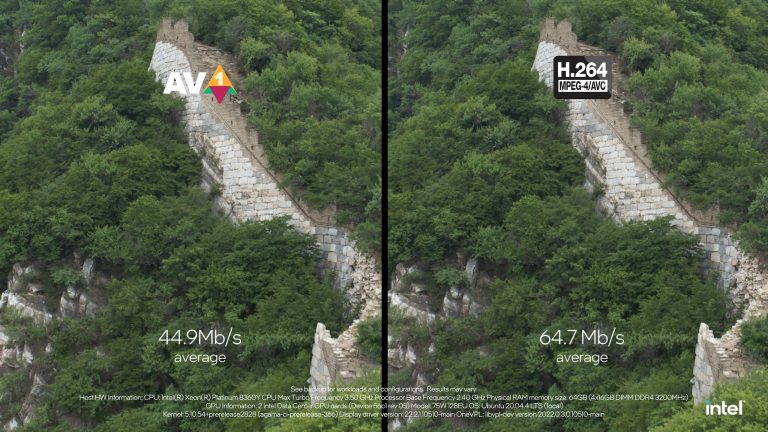