At CES 2020 Intel demoed for the first time its discrete graphics based on Xe architecture. A graphics card known as DG1 was used for a short demo a laptop.

The device used for the demo is possibly a big giveaway where the DG1 will be used. It is not just a laptop, but an ultra-thin one. A similar graphics processor (in terms of specs) is expected to be infused into the Tiger Lake package, which was also demoed during the event.

The DG1 graphics were teased to deliver double the performance over current generation, which is Ice Lake.

Intel DG1 is currently expected to have 96 Execution Units, which should give around 768 shading units.

Get double the graphics performance over the prior gen. “Our most disruptive and advanced architecture yet” supercharges HD gaming on thin and light laptops. #CES2020 pic.twitter.com/va7q5LoRbu 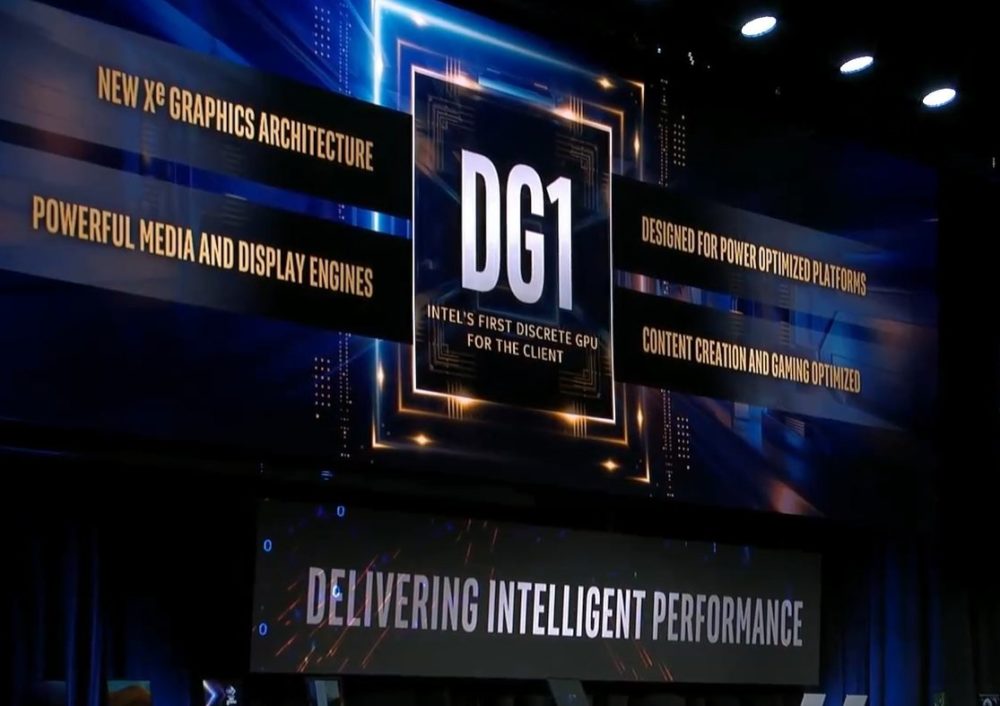