Intel Raptor Lake-S is to feature the same hybrid architecture as Alder Lake, which is based on high-performance Golden Cove cores and high-efficiency Gracemont cores. The successor to Alder Lake will see an updated high-performance core codenamed Raptor Cove as well as an increased core count of high-efficiency cores. The rumor about the doubled count of ‘small cores’ appears to be confirmed. This means that the series will feature up to 8C+16c configuration (maximum of 24 cores). 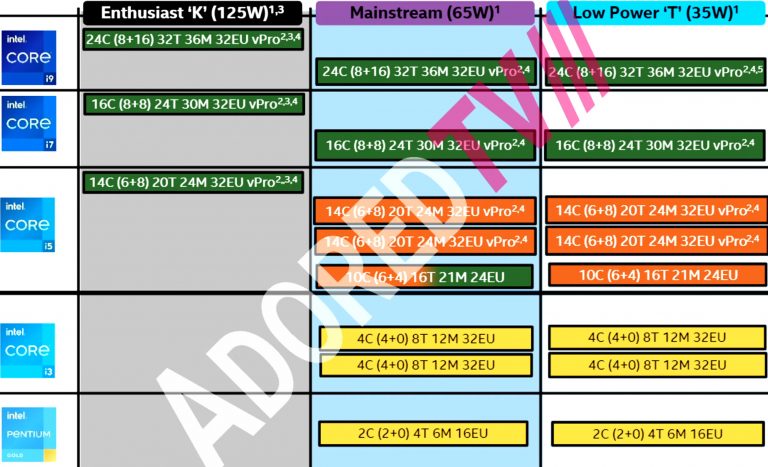 AdoredTV revealed that the series is to be offered in three configurations: 8C+16c, 8C+8c, and 6C+0. Jim actually leaked the whole lineup featuring Core i9, Core i7, Core i5, Core i3, and even Pentium SKUs. According to this list, the enthusiast “K” series is to be offered in 24, 16, and 14 core configurations. Interestingly Intel is to maintain dual-core CPUs, even in late 2022, as Pentium lineup to rely on such configuration exclusively, while Core i3 will be quad-core. Things get a lot more interesting in the Core i5 series which will span from 10 to 14 cores.

What all these CPUs have in common are the same TDP brackets as the previous series, which are 125W for enthusiast “K-series”, 65W for mainstream, and 35W for low-power “T-series”. Only Pentium SKUs are to feature 16 Execution Units while the rest is to be offered with 32 graphics units. The slide does not mention which GPU architecture will be used, but it should be the same as Alder Lake-S, which is Gen12.2 (Xe).

Intel Raptor Lake-S is to have power and performance improvements, as well as increased IPC and frequencies. The CPUs based on this architecture will also have a larger L2 Cache. Adored claims that Intel is now expected to increase the frequency by around 200 MHz with turbo frequencies reaching up to 5.5 GHz (Alder Lake-S unlocked SKUs are up to 5.3 GHz). 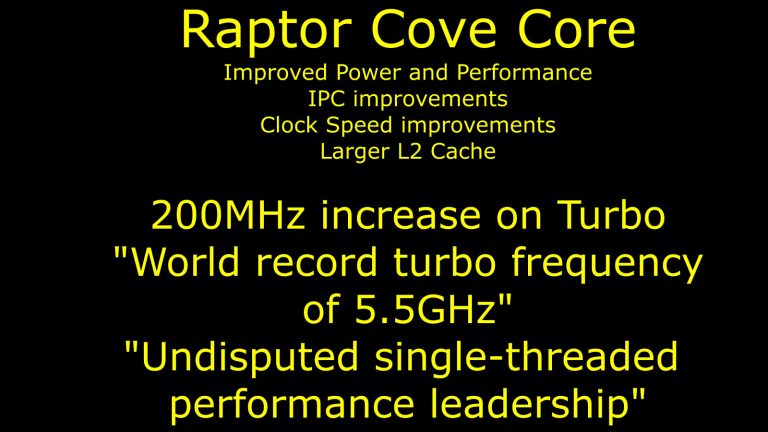 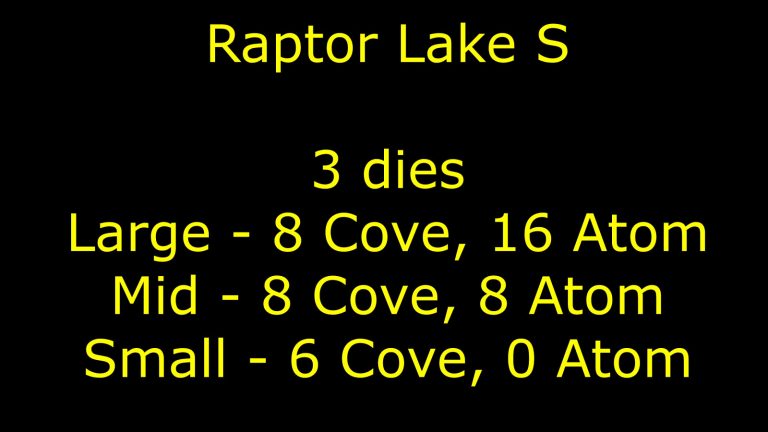 According to AdoredTV, Intel Raptor Lake-S is to launch by the end of 2022.