MSI sent over two of their latest enthusiast laptops to Jarrod for a short overview. These are GE78 Raider and GT77 Titan, both equipped with the flagship parts, such as most powerful GeForce RTX 4090 GPU and 24-core Core i9-13980HX processor from Intel. While it is stated that we are looking at engineering samples, final performance shouldn’t really be much different at this point.

These laptops support MSI technology called 250W Overdrive. This allows the power budget to be shared between graphics and the CPU. Both systems are equipped with the unlocked (Max-P) variant of RTX 4090 GPU, with default TGP of 150W boostable by up to 25W through Dynamic Boost. Jarrod did not share any GPU benchmarks because those are still under an embargo. 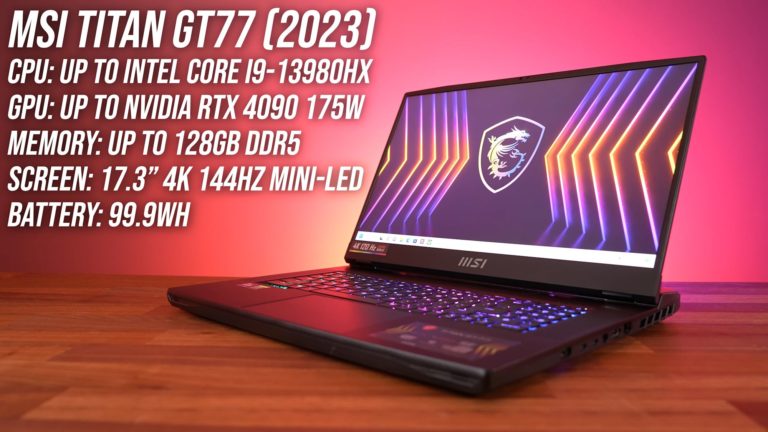 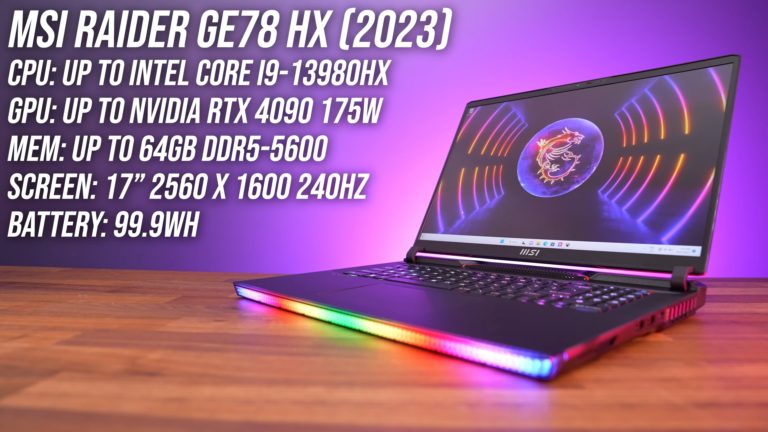 What is not under an embargo is Intel 13th Gen Core HX-Series performance. The CPU scores 30498 points in Cinebench R23 multi-core test and 2135 points in single-core. According to the chart, this would be the fastest laptop CPU released to date. 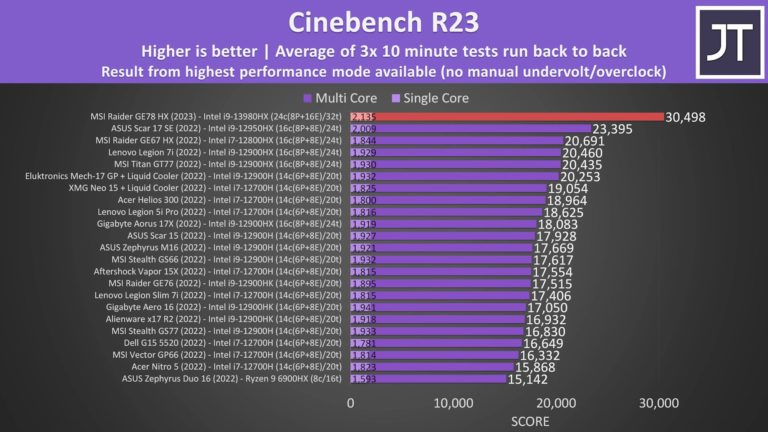 MSI laptops with RTX 40 GPUs are now set to launch on February 8th. The company did not share any pricing information yet.