The upcoming flagship Raptor Lake-S processor has just made a debut on a popular benchmarking platform.

As many as three results of Intel Core i9-13900KS processors have just been shared with a public database at Geekbench. This gives us some ground for comparison.

The i9-13900KS is the new 24-core CPU for LGA1700 socket. Intel has been teasing it ever since unlocked 13th Gen Core K-series CPUs have been released, but the company did not put a name on this SKU. However, just hours ago, a roadmap and specification slide have been leaked, finally confirming that 13900KS does exist, and it will be Intel’s first desktop CPU to reach 6.0 GHz thanks to Thermal Velocity Boost. 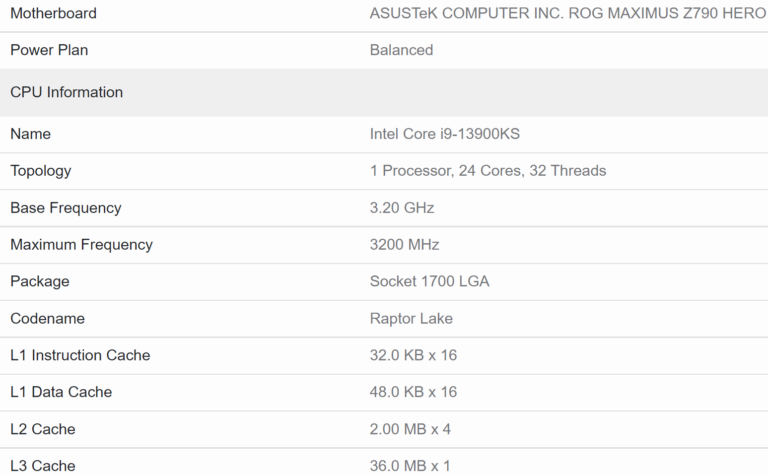 It appears that the processor was tested on Intel newest Z790 motherboard, the ASUS ROG Maximus Hero series to be specific. This is a high-end motherboard designed to support the fast DDR5 memory, in this case 32GB of DDR5-7200 kit.

The CPU does indeed go up to 5893 MHz, but the average speed is around 5867 MHz (that’s based on a data from all three runs). The frequency oscillation is relatively low, hence a non 0 y-axis had to be used to actually see the deviation. 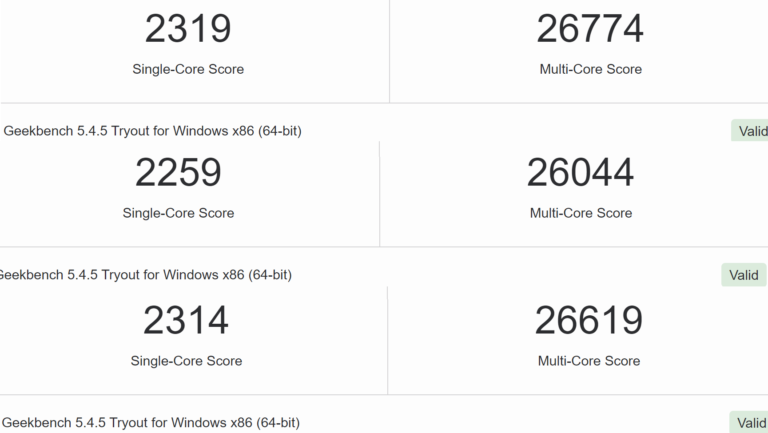 The Core i9-13090KS CPU is now expected to launch early next year, possibly in January. Intel has not confirmed the launch date or pricing, but this CPU is now undoubtedly very coming soon.