High clock speeds with 13th Gen Core CPUs may not be exclusive to premium Z690/Z790 motherboards.

According to the new entry on the overclocking HWBOT website, the flagship Core i9-13900KF processor from the new Raptor Lake series can operate with up to peak 5.97 GHz clock on a B660 motherboard. The screenshots shared by user “ARABUS” show the 24-core CPU with effective clock of 5668 MHz and peak core frequency of 5974 MHz with 1.55-1.57 voltage. Of course, such a high voltage is far from what we consider default for Intel CPUs, yet the CPU has not exceeded 68°C temperature with AIO cooler according to the user.

Overclocker used ASUS ROG Strix B660-F Gaming motherboard for this achievement and 32GB of DDR5-5200 CL30 memory to score 2333 points in Cinebench R23 single-core test. This is around 17% faster than the newest Ryzen 9 7950X 16-core Zen4 desktop CPU in the same test. 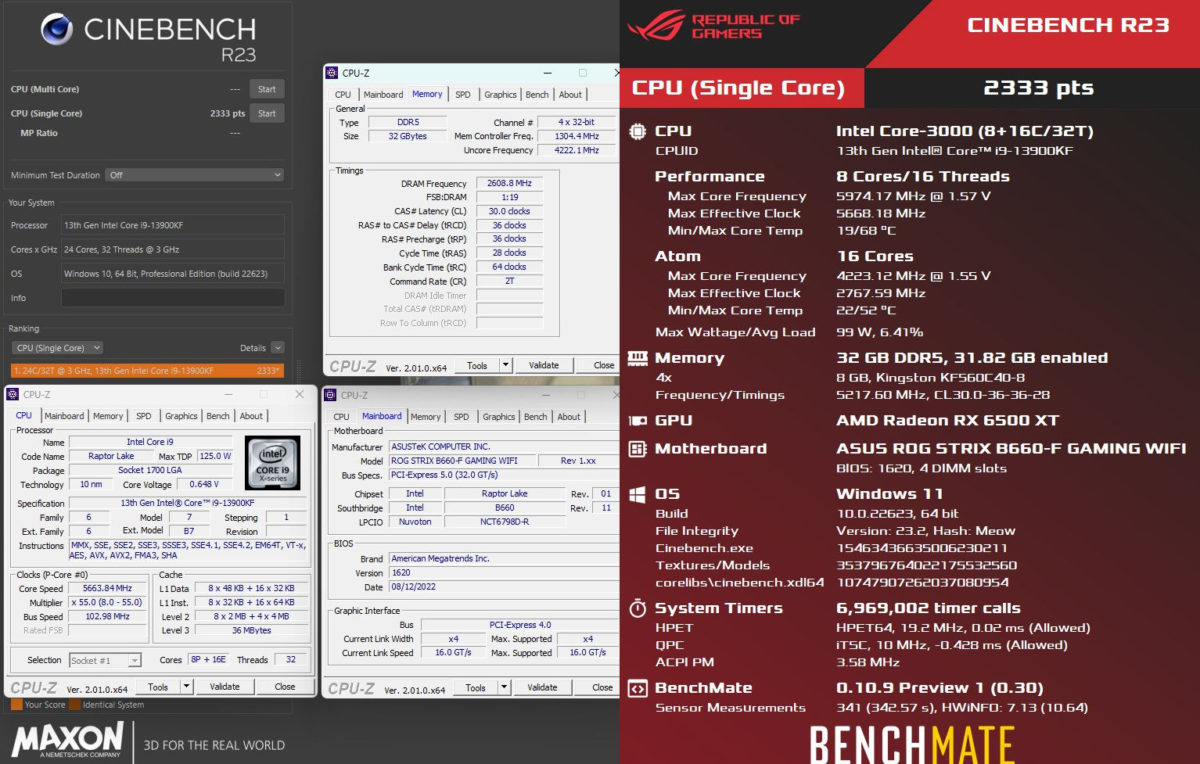 The CPU-Z software validation database now lists Ryzen 7 5800X3D 8-core Zen3 processor with 3D-VCache with a clock speed rated at 5498 MHz. This was supposedly achieved on ASUS ROG Crosshair VIII Dark Hero motherboard. The CPU was reportedly operating with 1.296V voltage and was using a 4201 BIOS from April this year.

Unfortunately, no performance scores were shared this time, so it is unclear if this is just a software misreporting or the CPU has really been overclocked to 5.5 GHz, which should not theoretically be possible. 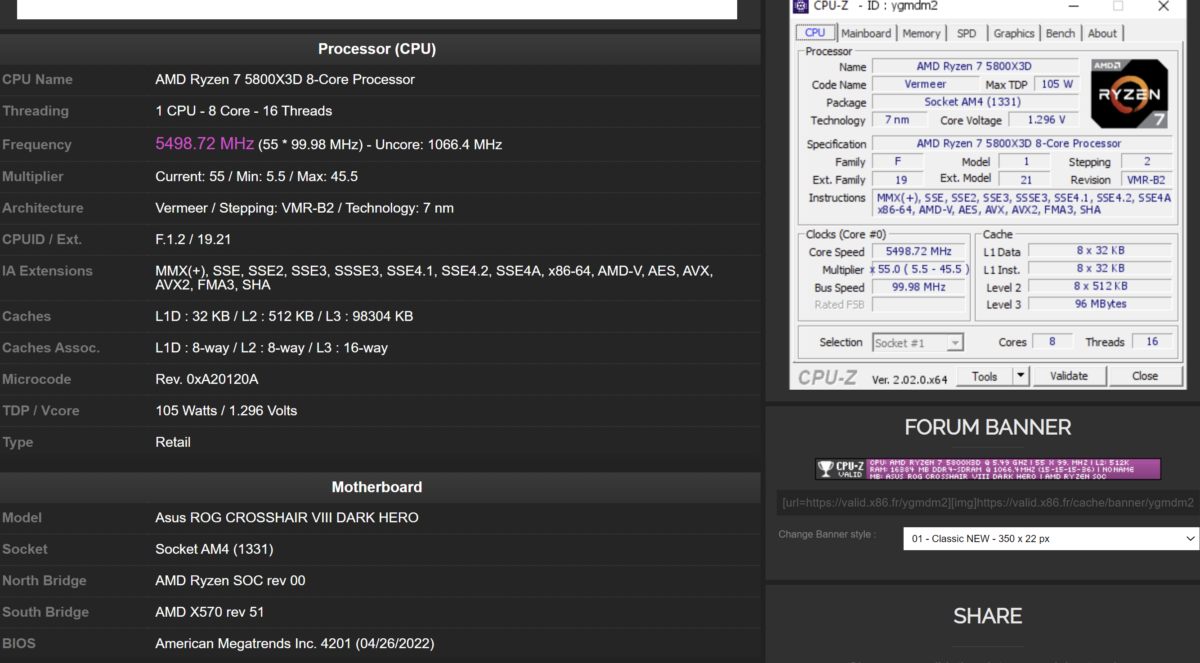 The 5800X3D is not officially supporting overclocking, at least by a standard definition, but there were rumors that AMD may unlock certain overclocking features with newer BIOSes. It was said that such BIOSes would become available only for certain motherboards. It is not clear if this such BIOS was used for this particular achievement.