This analysis is based performance prediction model implemented into ASUS motherboard. The system is capable of determining the binning potential based on the voltage/frequency curve of each processor. While this number cannot be compared between SKUs, it shows the distribution of more and less capable chips across a large data set.

Here’s a reminder that Igor had already shared a report on Intel Core i9-13900K and KF CPUs a few weeks ago. The new report focused on Core i7-13700K and i5-13600K models specifically, along with their KF variants. Together, the site shares data on 480 Raptor Lake processors, which is probably the largest Raptor Lake CPU test so far. 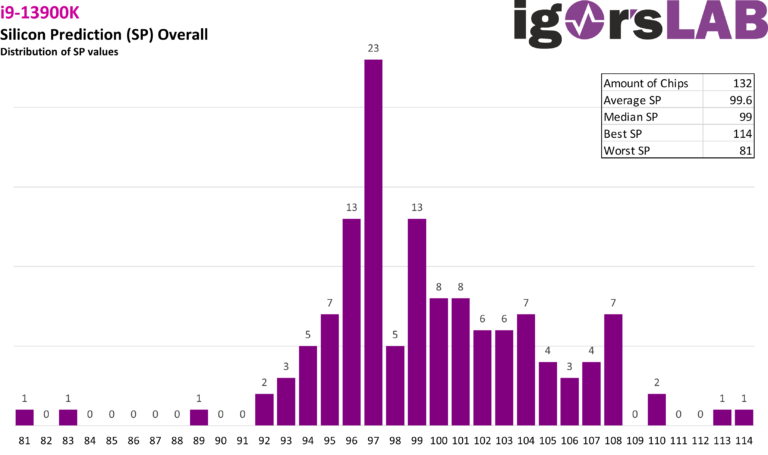 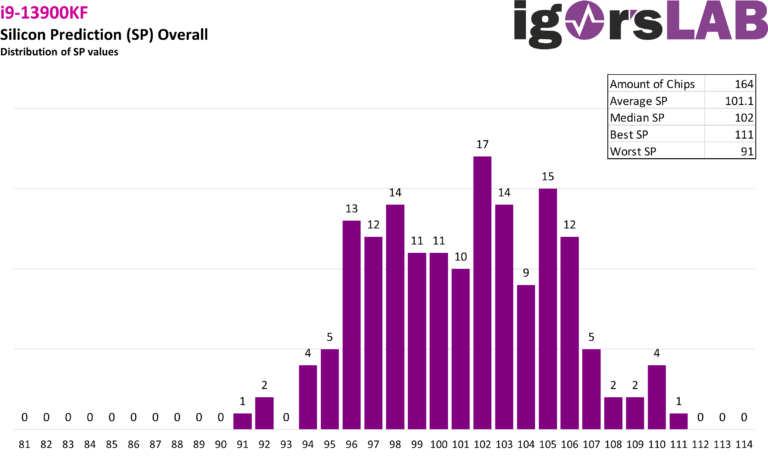 The production binning goes further as Intel is also testing if the integrated graphics. Should even one core out of 32 Execution Units not work, this processor will become an F-variant with GPU subsystem disabled entirely.

The data shared by Igor’sLAB focues on V/F curve. The lower voltage is required to reach desired frequency, the higher “Silicon Prediction” score applies to the CPU. 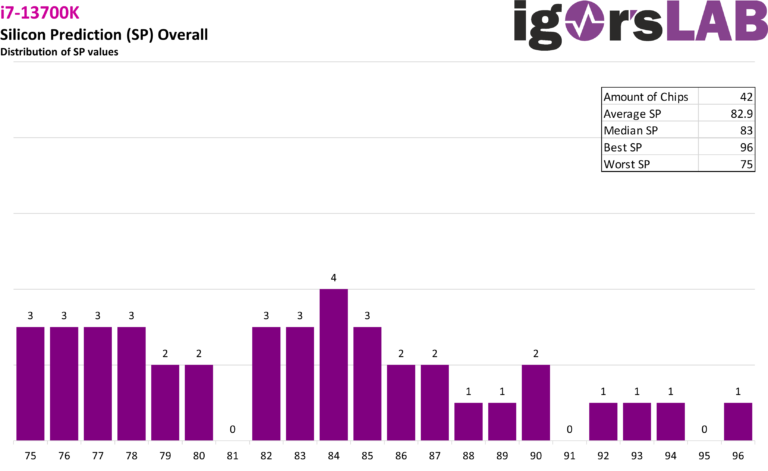 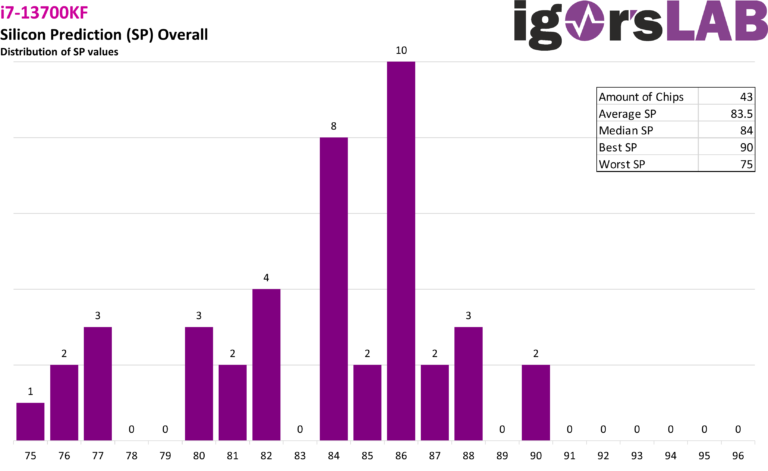 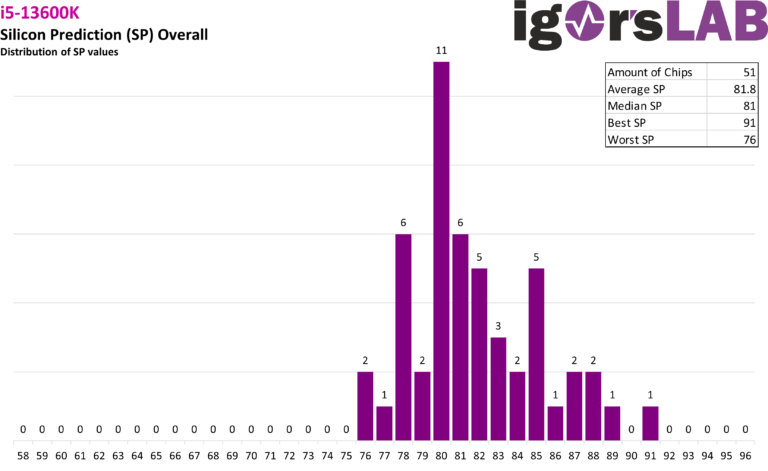 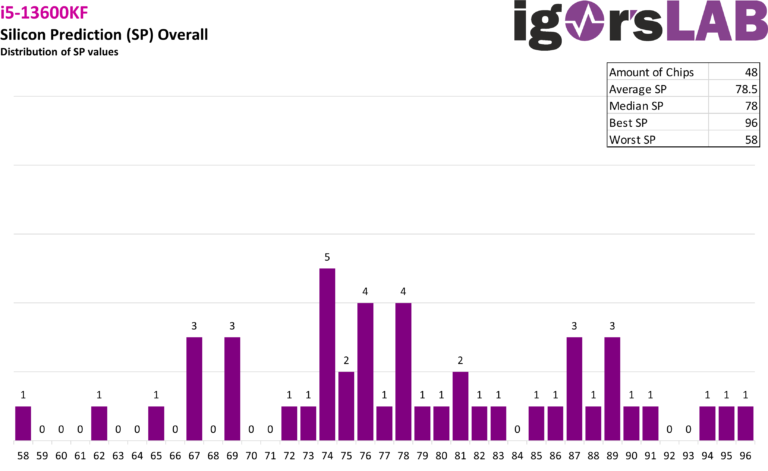 In this post, we only share overall SP score for each of the 6 Intel K-series CPUs. The site also offers SP scores for Performance and Efficient cores separately, so definitely check that data out.