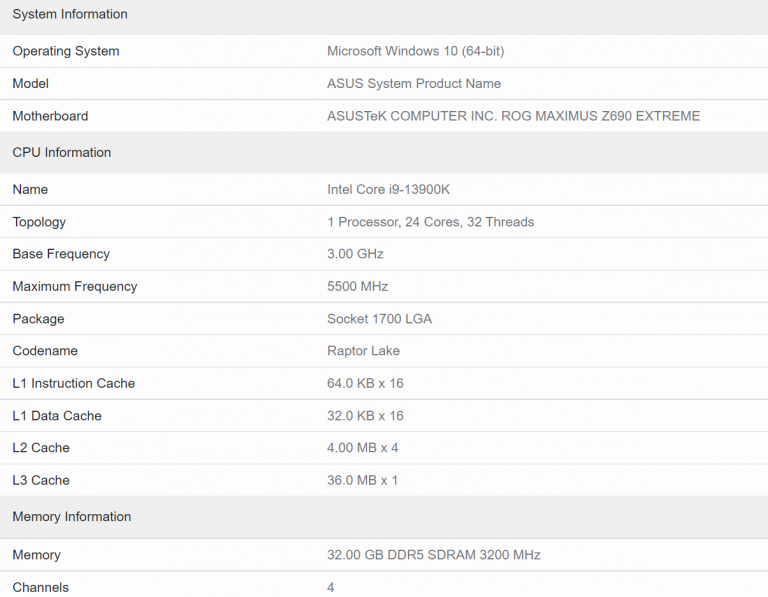 According to this leak, the Core i9-13900K has a base clock of 3.0 GHz and boost clock of 5.5 GHz. This is actually the same frequency as recently leaked Engineering Sample 3 (ES3) of the same processor. The CPU frequency actually boosts up to 5.7 GHz momentarily, which may be an indicator of Efficient Thermal Velocity Boost speed. 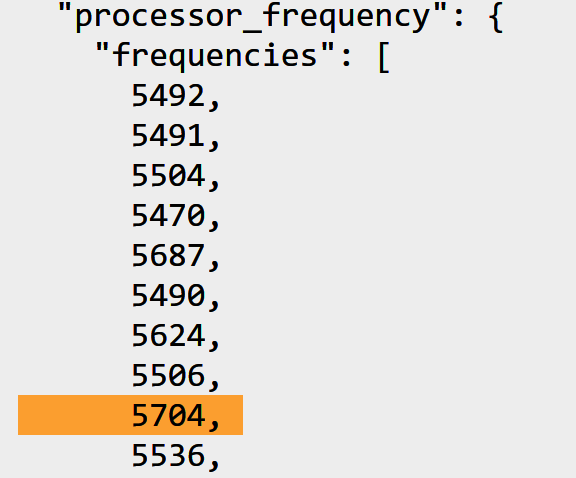 Due to increased number of Efficient cores the CPU offers 24 cores in total and 32 threads (since Efficient cores do not support Hyper Threading). Furthermore, L3 Cache of 36MB and L1/L2 caches appear to match previous Raptor Lake leaks.

The score of this new CPU shouldn’t be compared with any existing product due to the issue with timers on the system. However, just assuming that this is a non-issue, the Core i9-13900K would be 7% faster in single-core and 37% faster in multi-core in the same Geekbench 5 test than Core i9-12900K based on official ranking.

Intel is now expected to launch its new Raptor Lake desktop CPUs in October this year. This launch will likely include unlocked K-series followed by non-K series later.

So while the Core i9-13900K results align with expectations, we can't be sure these results are valid. Furthermore, details like the peak clock frequency (also measured using the timers mentioned above) may not be accurate either.