It was August 2014 when the highest frequency ever for a desktop CPU was achieved with AMD FX 8370 processor. It was a 8722.78 MHz overclock for a CPU that had a default frequency of 4.0 GHz. More than 8 years later, this record has now been broken again, but with an entirely new CPU.

It appeared that no Intel CPU can compete with AMD’s now ancient FX series in terms of overclocking. However, Intel 13th Gen Core series codenamed “Raptor Lake” have finally made this possible by the introduction of the first 5.8 GHz desktop CPU out of the box.

We have seen many leaks featuring Core i9-13900K processor over the past few months, and it was expected that this CPU could clock much higher, but we probably did not expect a day-1 world record in CPU frequency. 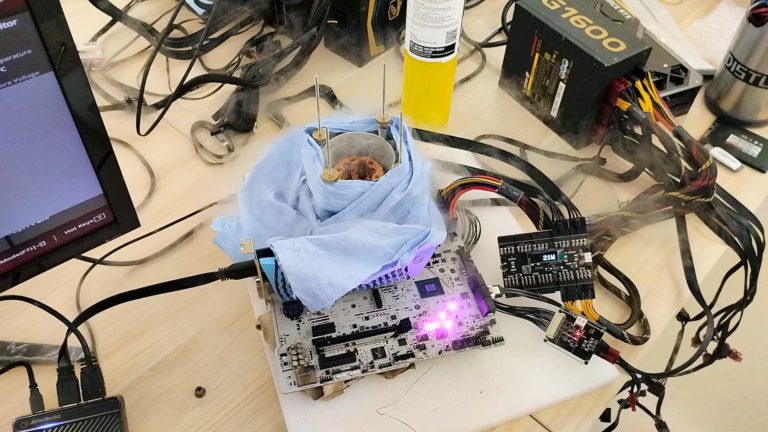 Interestingly, this also means that CPU frequency records now belong to ASUS motherboards for more than 12 years. The only motherboard from other vendors that has appeared in the ranking was DFI LanParty UT P35 motherboard back in 2010.