Lordzzz, a member of Chiphell forums Lordzzz claims to have new information on Intel Raptor Lake engineering samples that are floating around the web.

As a proof, the user provides an uncensored version of the photo that has been shared yesterday. It supposedly confirms that the processor is Raptor Lake Core i9-13900K sample, ES1 silicon with Q0D8 SPEC code to be precise. 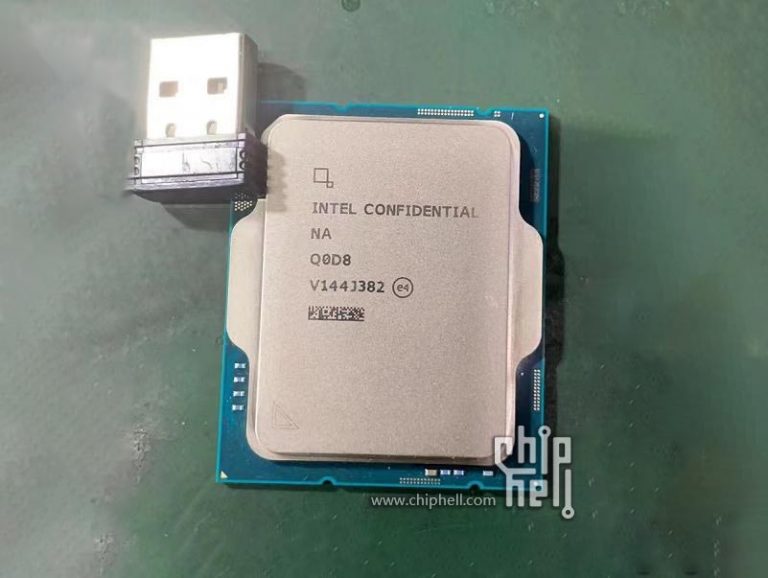 The first version of the CPU that is now available on Chinese black market, is relatively old and has some limitations. Contrary to what the seller had said in the description for the processor that went on sale yesterday, the ES1 silicon has limited overclocking capability. This is not the case with ES3 silicon though, to which Lordzzz has now access to.

A screenshot was provided featuring ES1 silicon in action. The built-in benchmark into CPU-Z software shows 611 and 13015 points in single and multi-threaded tests. The sample supposedly boosts up to 4.5 GHz. One can notice that the sample has 125W TDP (so it’s the K-series variant) and no AVX-512 support. 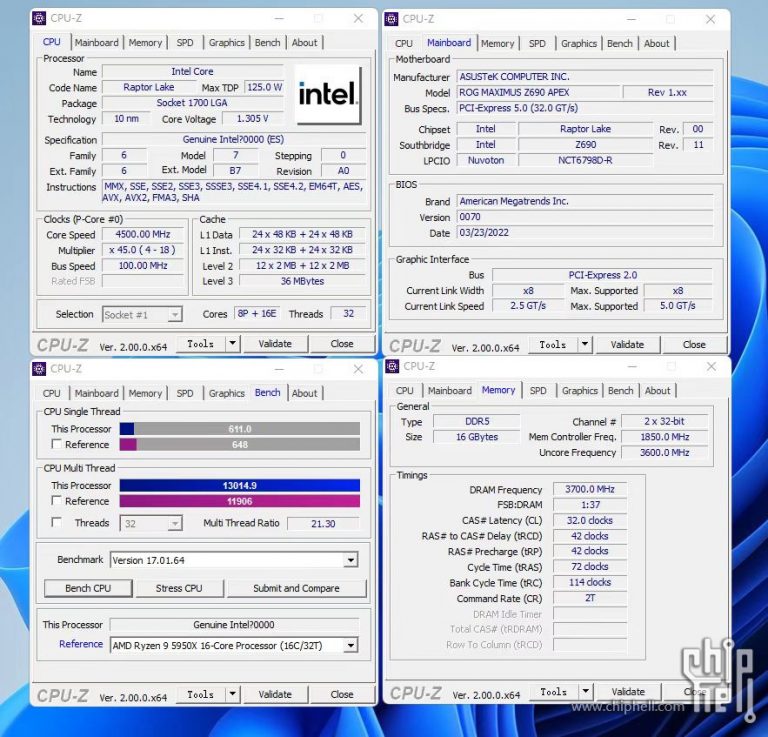 Furthermore, it is claimed that ES3 sample with SPEC code of Q1HM already boosts to 5.5 GHz with one core and to 5.3 GHz with all Performance cores. That would already be a clock rate of Core i9-12900KS Special Edition. As a result, the CPU scores 880 points in single-threaded CPU-Z test and around 15000 points in multi-threaded. For this claim no screenshot was provided though.

Intel Raptor Lake is now expected to launch in three months, possibly in October. These series of CPUs will rely on the same LGA1700 socket as Alder Lake, which is why engineering samples can already be tested on supported motherboards with early BIOSes.