Intel’s 24 core Raptor Lake CPU has been spotted on Geekbench (again), but this time with a higher clock.

The flagship Core CPU from the upcoming 13th Gen series has been tested with the Geekbench 5 software. This time the CPU reportedly has a maximum clock speed of 5.52 GHz, but the detailed score info shows it actually boosted a lot higher. According to the detailed benchmark data, the processor boost up to 5.79 GHz and has remained in 5.7 GHz state for the vast majority of the test.

The processor has been tested with ASRock Z690 motherboard which is compatible with DDR5 memory. One can only guess though if the higher clock speed is a result of manual overclocking or if this was a stock CPU tested without power limits. 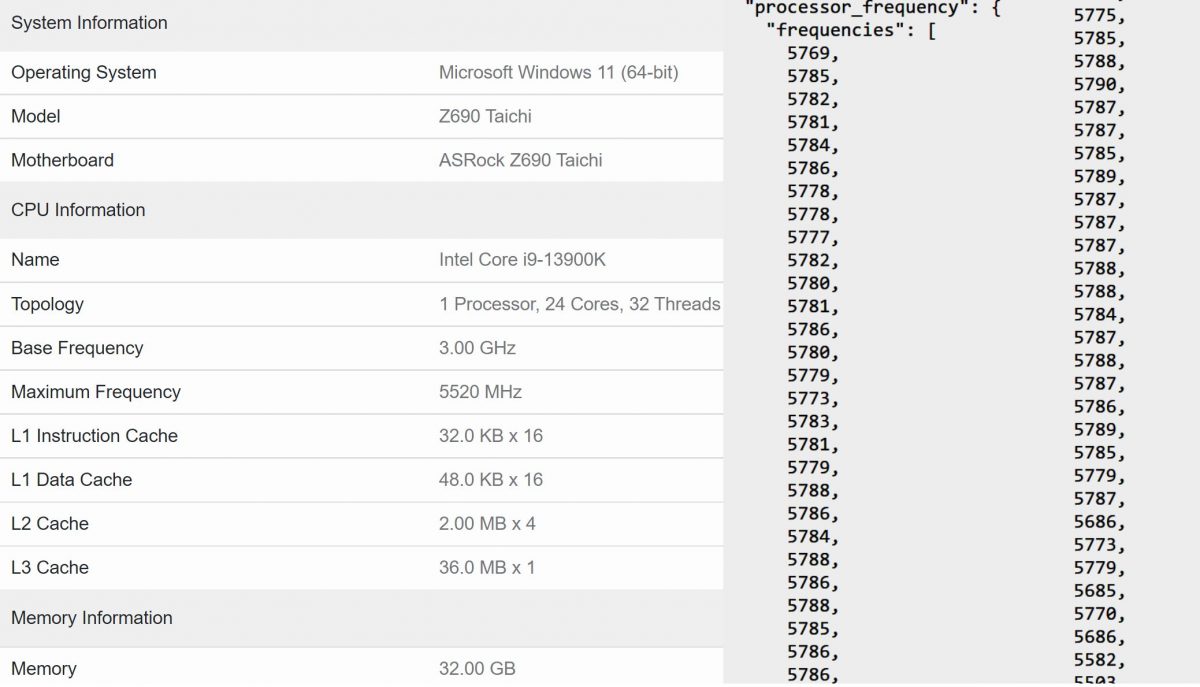 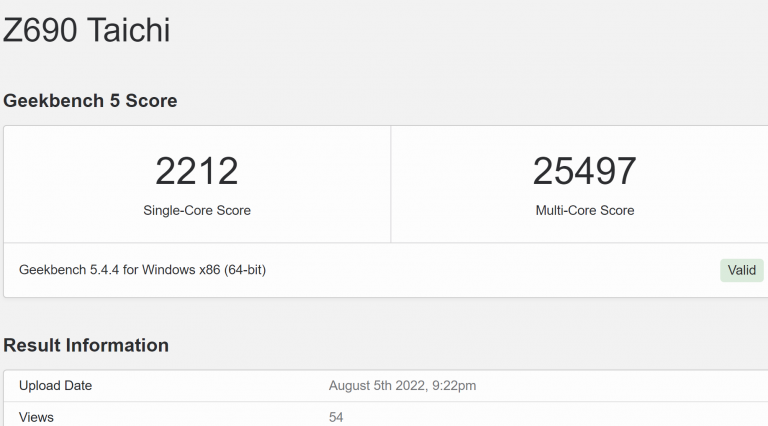 Update: an even higher score has been recorded: