An alleged engineering sample of the Core i9-13900K Raptor Lake CPU has emerged over at CPU-Z Validation website, as spotted by @TUM_APISAK.

This 125W SKU is a K-series processor with 8 Performance and 16 Efficient cores. Although the software does not recognize the model, only one processor is now expected to feature such configuration, the upcoming Core i9-13900K. The CPU-Z software reports on a maximum CPU clock of 4.987 GHz for Performance cores and 2.993 GHz for Efficient cores. 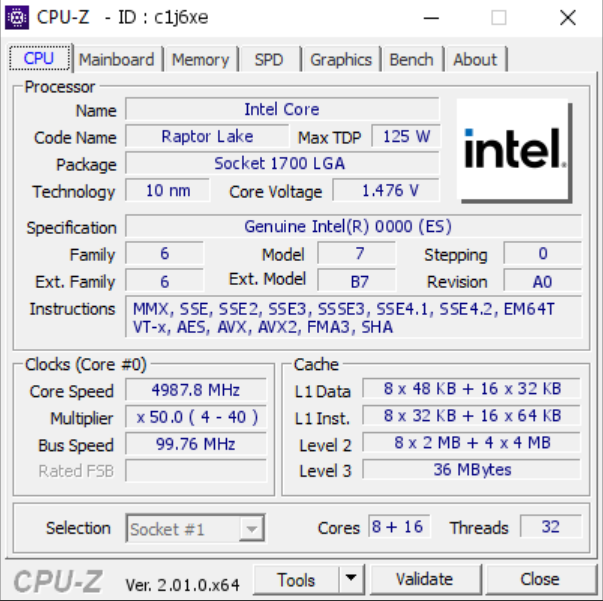 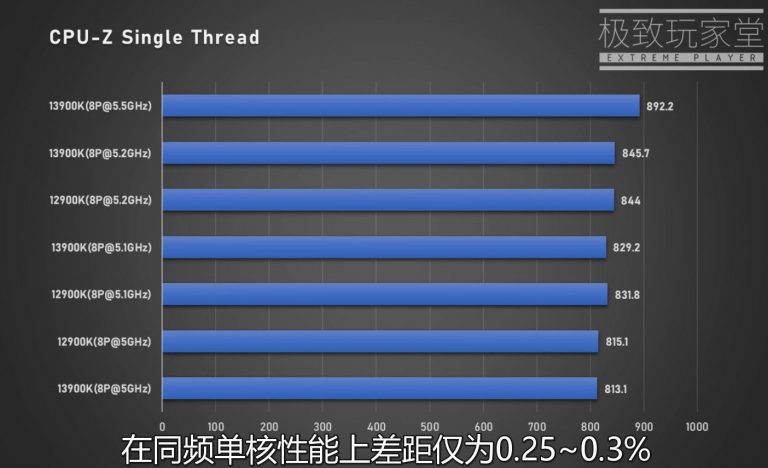 Interestingly, this is one of the first tests with a platform based on Z690 motherboard chipset and DDR4. The software reports 1330 MHz clock and DDR4-2660 memory spec, which might either be a mistake or a very slow memory was used indeed. 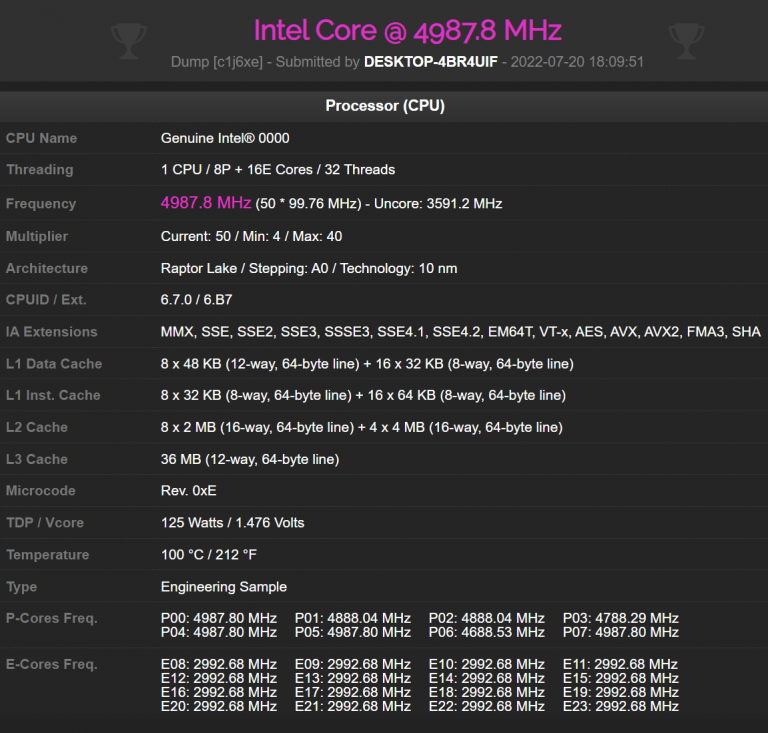 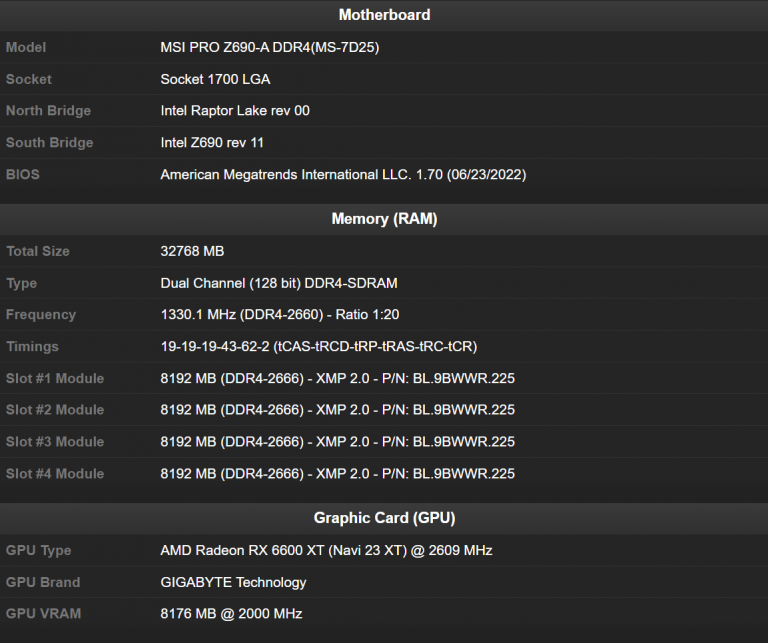 The i9-13900K is one of the three K-Series models planned to launch in the first wave. Details such as clock speeds or TDPs have not been confirmed yet, needless to say the pricing has not been determined either.