Both processors were spotted in a system listed as “SAMSUNG ELECTRONICS CO., LTD. 960XFH”, which probably suggest that Samsung engineers are busy testing the new Intel platform.

Two 14-core and 20-threads SKUs can now be found on the Geekbench website, one listed as CoreT i9-13900K and the other as CoreT i7-13700H. The CoreT is likely a mislabelling from CoreTM, but the entries are unlikely to be fake, though. The interesting part here is the L2 size of 1.25MB, which should be bigger (2MB per core) for Raptor Cove architecture.

Therefore, this may confirm that 13th Gen Core laptop series are just a rebranding of Alder Lake SKUs, which would make a lot of sense, considering Intel is refreshing its mid-to-low range SKUs with the same 12th Gen Core dies. 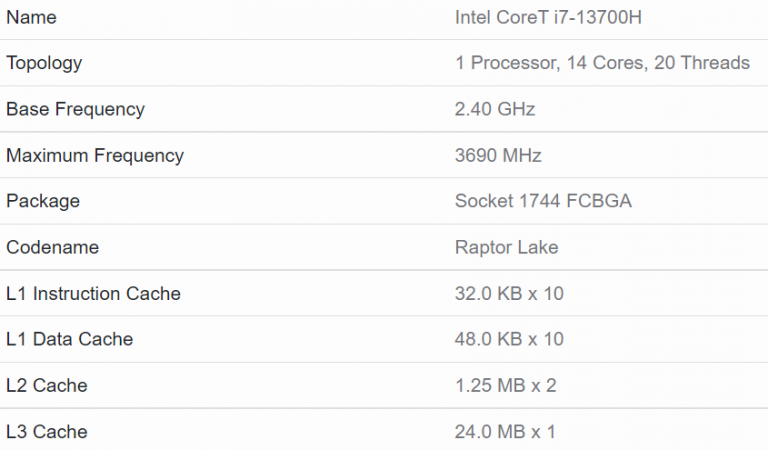 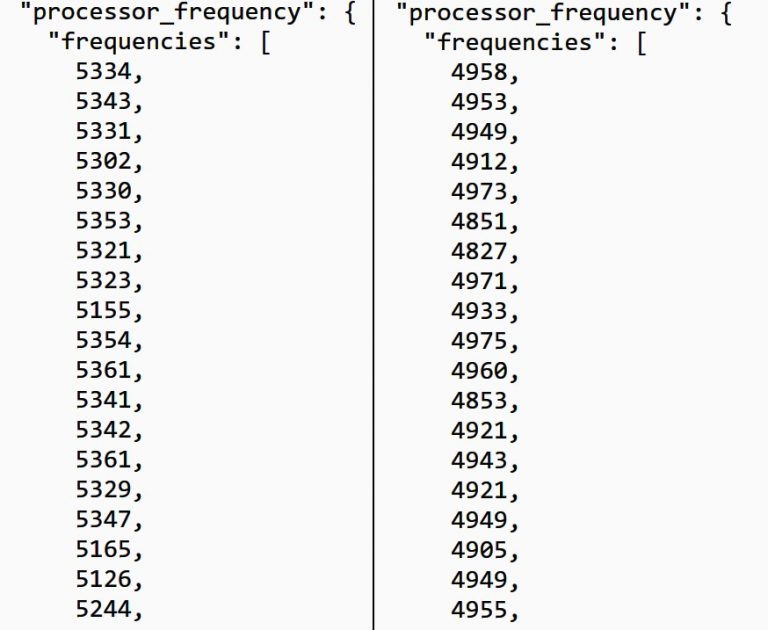 The performance of the HK SKU is definitely on the slower side, especially the multi-core. It is relatively easy to find 12900HK with better scores, but since these are literally the first scores of 13th Gen Core mobile SKUs, it is too early to judge.

This is not the first time an enthusiast H-series mobile CPU has been spotted, though. Around April this year, a Raptor Lake-P processor with 14 cores has shown up on everyone’s favorite UserBenchmark website.

Intel confirmed it will launch its Raptor Lake mobile CPUs series by the end of this year, so a bit sooner than expected. What the company did not confirm is whether that means high-end gaming processors or low-power SKUs. Both AMD and Intel are expected to offer a new lineup at CES 2023 alongside brand-new Ada/RDNA3 mobile GPUs.