The i9-12900KS is the first unlocked pre-binned desktop Alder Lake CPU. The company has first showcased the “KS” SKU at CES 2022 but has not provided any update ever since. It looks like retailers are now preparing for the launch though, as the first product listing can now be found by looking up the product code of “BX8071512900KS”.

The leaker did not mention where are those listing from, or whether the sales tax applies to them. However, the price is already higher than the official MSRP for 1000 units, which may indicate that this is still a placeholder. 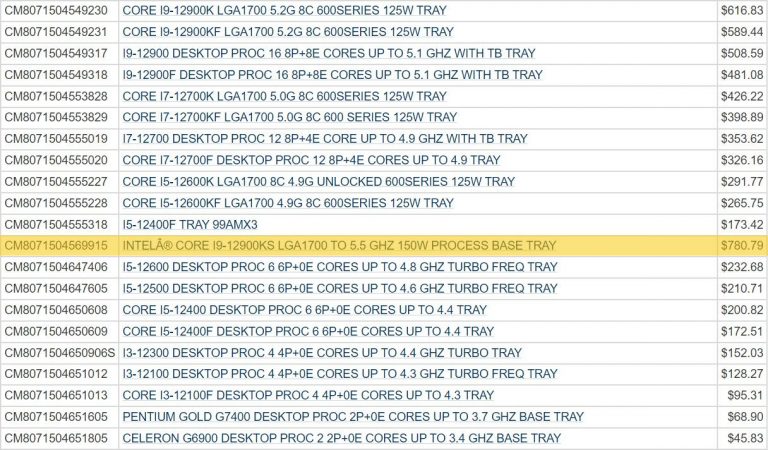 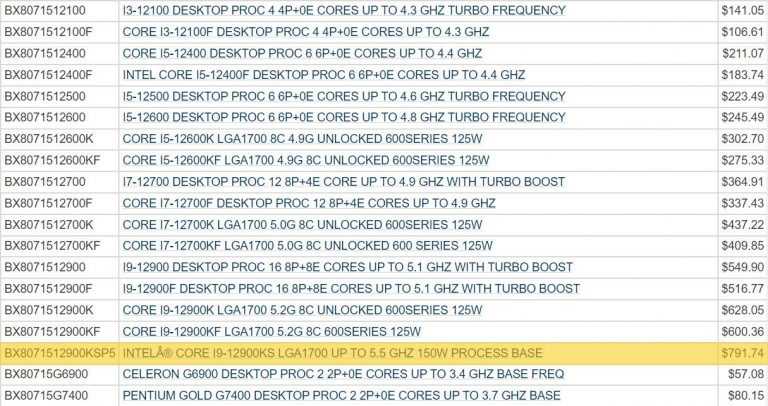 The i9-12900KS CPU is expected to launch this quarter. Retailer listings usually indicate that the product is just a few weeks away.