On Geekbench, the first test of the upcoming 5.5 GHz desktop CPU has emerged.

Intel Core i9-12900KS is the upcoming pre-binned desktop CPU based on Alder Lake architecture. This processor features 16 cores and 24 threads with a maximum boost clock of up to 5.5 GHz, as Intel had revealed at CES 2022.

The CPU has been tested on an ASUS ROG STRIX Z690-F Gaming motherboard with, what seems to be, 32GB of DDR5-4800 memory. 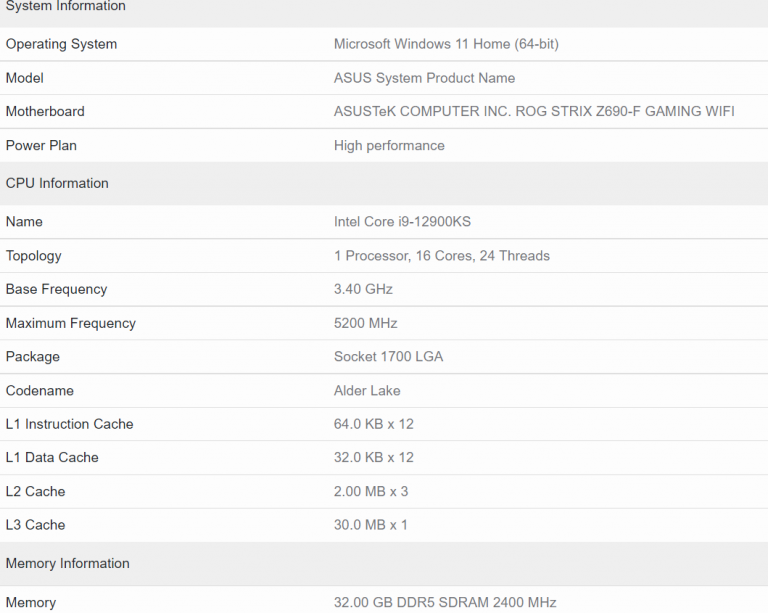 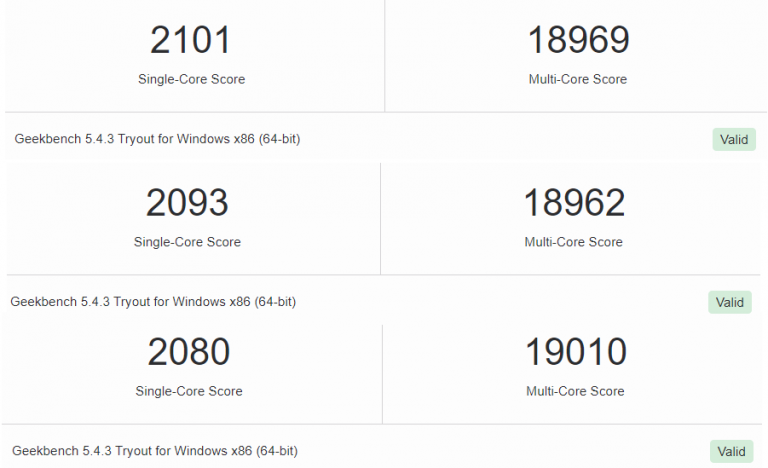 This score represents the highest single-core from all listed processors in the Geekbench official ranking. The i9-12900KS is 5% faster in single-core than the K-variant. In terms of multi-core performance, the CPU obviously fails against Threadripper and Xeon Workstation CPUs but outperforms the 12900K SKU by 10%. 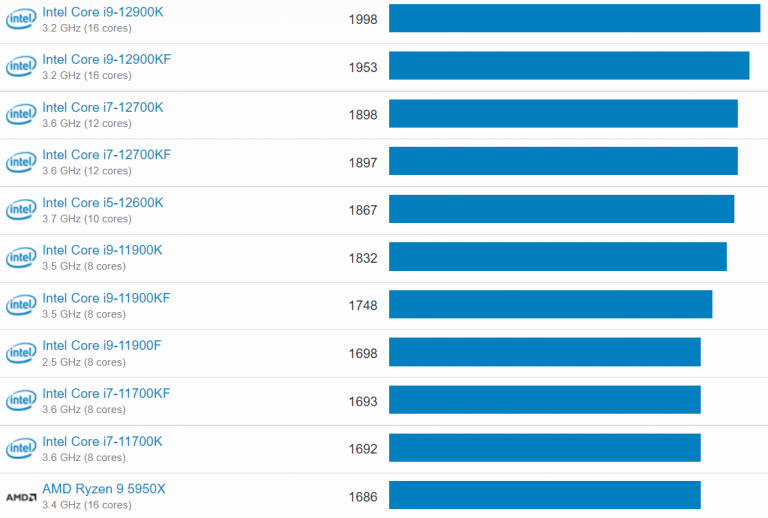 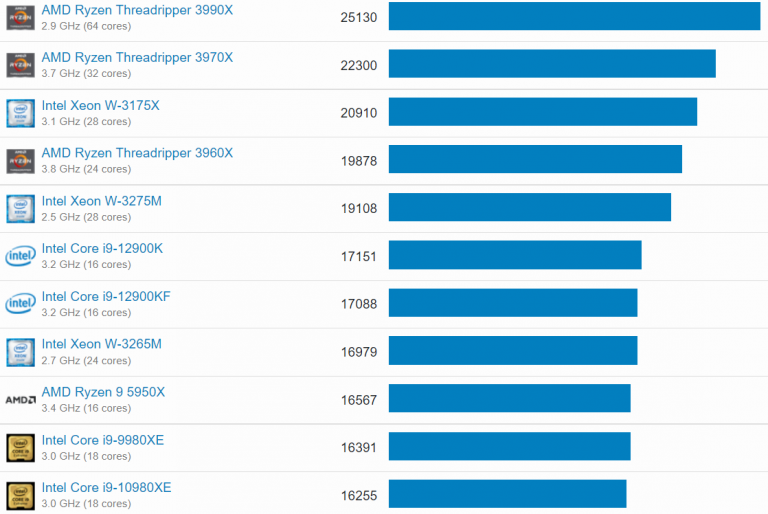 Intel is expected to launch its i9-12900KS  processor in the coming weeks. It has been spotted with a price tag of 750 USD through an early retailer listing indicating a high launch price. Those retailers expect the first shipment of the new processor in early March.