This is not the first time REWHK is sharing a leak featuring Intel Core i9-12900K. The leaker already confirmed the rumors that the CPU will be able to cross 30K points in the multi-threaded Cinebench R23 test. This time around he is sharing a screenshot from CPU-Z software featuring Gigabyte’s own DDR5-6200 memory kit (possibly AORUS branded). The memory was overclocked to 8000 MT/s according to the screenshots.

The system was equipped with a Gigabyte Z690 Tachyon motherboard which is designed for overclockers and enthusiasts. Although no photos have been leaked yet it should only feature two memory slots. It looks like Gigabyte will have its own high-speed memory with an XMP-6200 profile and 38-38-38-76-125 timings. To achieve this speed it will require 1.5 V which is 400 mV more than standard DDR4-4800 memory. 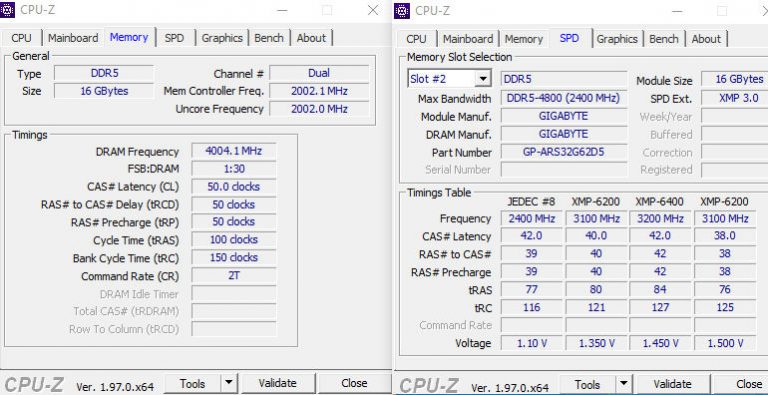 The 12th Gen Core series will support either DDR4-3200 memory or DDR5-4800 by default. Those are JEDEC specs that are guaranteed on the Z690 platform. Motherboard and memory makers have worked together to bring high-speed modules to the market. We have been told that they are already shipping DDR5 memory to retailers. So they will definitely be available at the launch of the whole platform, now expected on November 4th. 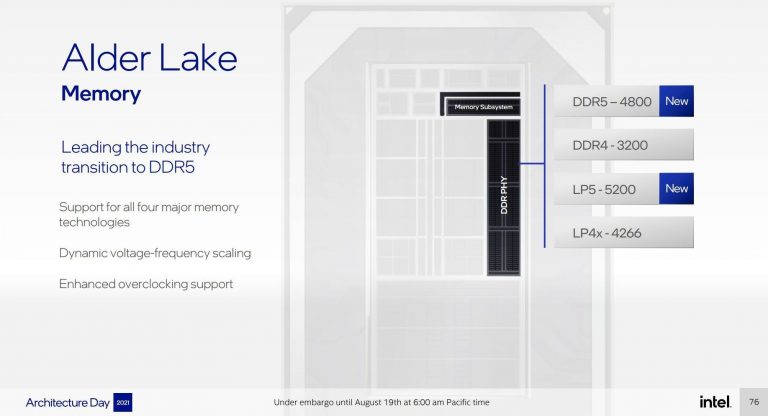