It appears that the next-gen flagship CPU from Intel has successfully completed its first (public) game benchmark.

The Ashes of the Singularity is pretty much the last game benchmark we want to see. It lacks details on CPU, GPU, and memory information, except for the basics such as product name or the capacity. A new leak does not tell us anything new, except it confirms that the i9-12900K offers 24 threads.

The system that was used for the test has been equipped with NVIDIA RTX 3080 GPU, but AotS does not tell us if the graphics card was overclocked making any meaningful comparisons pointless. Not to mention, the benchmark was performed using custom settings.

What this leak tells us is that the first Alder Lake-S processor has completed the full test without any major hiccups with an average framerate of 160 FPS. We could only match some of the settings with the Medium profile, which has Glare Quality set to Low and MSAA set to 1x, whereas the leaked score has them set to High and 4x respectively. Yet despite higher settings, the card was supposedly faster by 17% in comparison to the best Medium 1080p score with RTX 3080 in the AotS database. 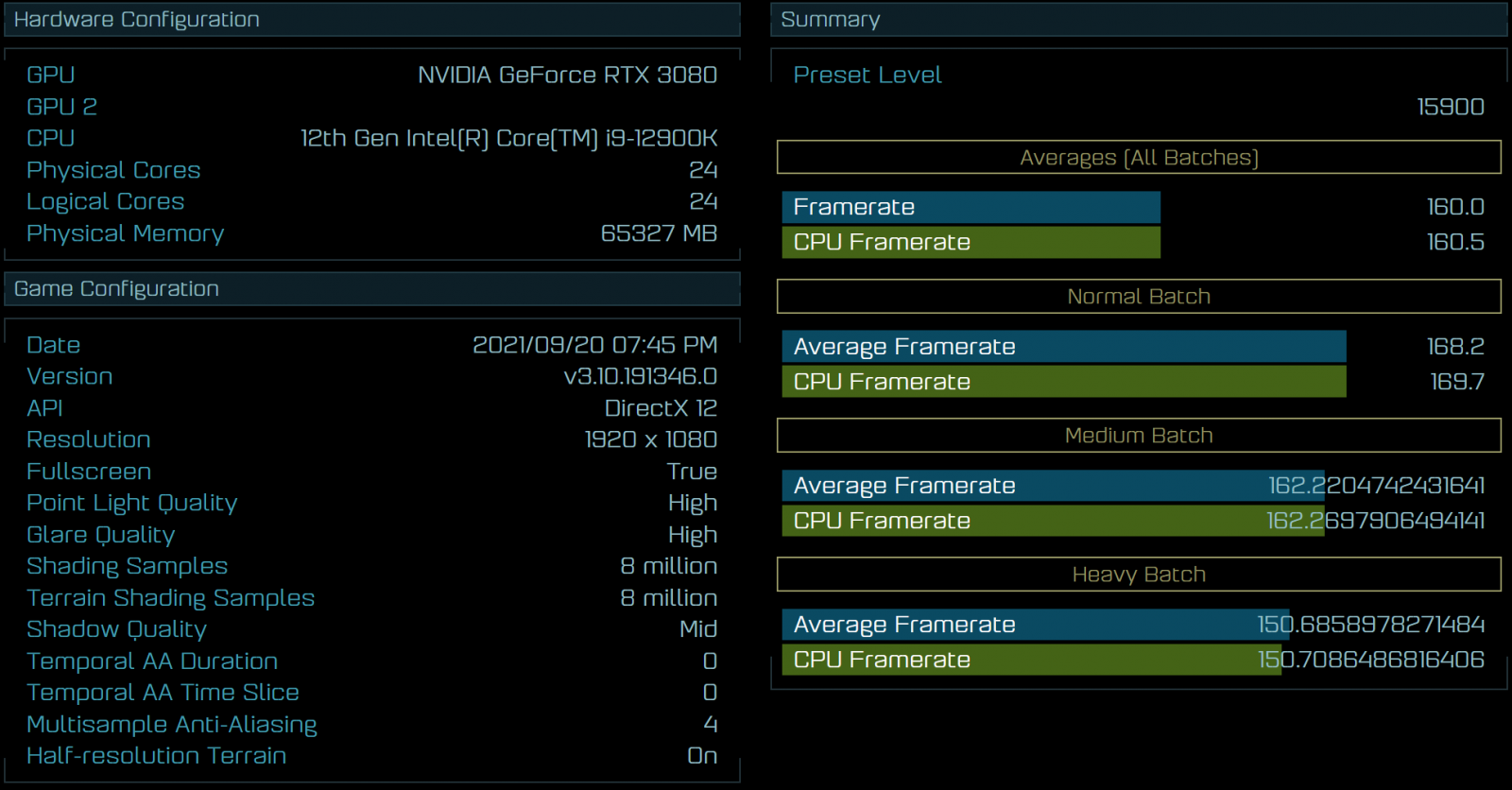 Update: More results have been submitted to the database. We now have a result from the High 1440p preset, and this is how it stacks up against other RTX 3080 equipped systems: 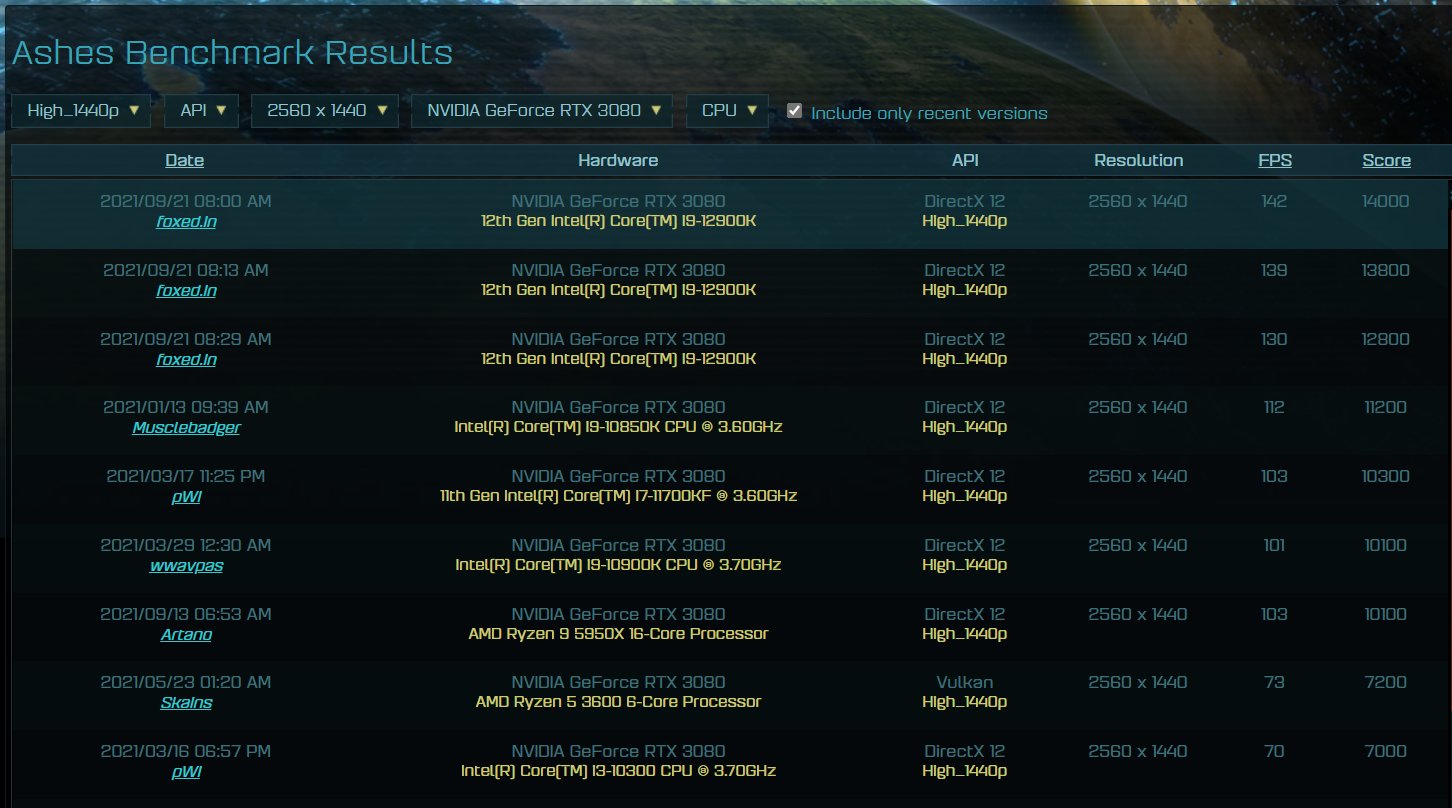 Intel is now expected to announce its Alder Lake-S series at the InnovatiON event in late October. The series is to launch in November alongside brand new Z690 motherboards offering either DDR4 or DDR5 memory compatibility.

Source: Ashes of the Singularity DB via @BenchLeaks