Bilibili content creator 热心市民描边怪 published the results of the upcoming Alder Lake Core i9 processor with all ‘big’ cores overclocked to 5.2 GHz. 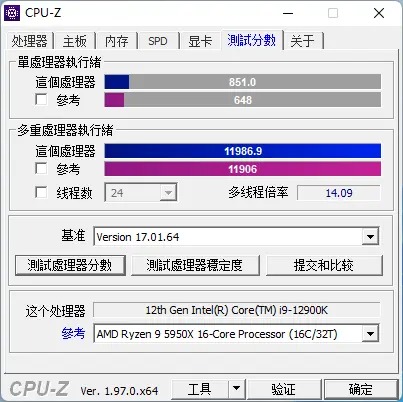 To achieve these results, the leaker overclocked all Golden Cove/Performance/Big cores to 5.2 GHz while he kept Gracemont/Efficient/Atom/Small cores at stock 3.7 GHz. Intel 12th Gen Core series features a new overclocking setting that will allow users to modify the clocks for each type of core, in this case only the big cores were modified.

There is also a video from other Bilibili creators: 結城安穗-YuuKi_AnS and bo啵啵猫, who made a video showcasing their engineering sample up close. They reiterate previously leaked results in their own charts comparing the i9-12900K to the current flagship from 11th Gen series i9-11900K and AMD Zen3 flagship Ryzen 9 5950X. 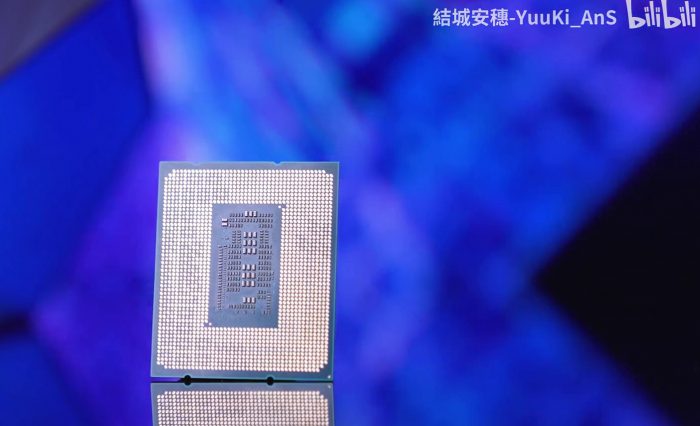 Unfortunately, neither the motherboard model nor the memory technology used (DDR5 or DDR4) is shown in the screenshots. However, we can quite clearly see that the CPU-Z software correctly reads the specifications and the CPU name string from this engineering sample. While the S-Spec string has been scratched off, we can guess that this actually the same sample that has already been pictured by YuuKi_AnS earlier this month.

The Core i9-12900K QX7H sample boosts up to 5.0 GHz with a maximum boost reported at 5.1 GHz, but it is expected that the retail/qualification sample will have a maximum boost up to 5.3 GHz. The CPU is a 16-core and 24-thread hybrid processor featuring 8 Golden Cove/Performance/Big cores and 8 Gracemont/Efficient/Small cores, representing the flagship specification from all Alder Lake silicon that is expected to launch.

Intel is now confirmed to launch its 12th Gen Core series on November 4th. The launch will include six K and KF-Series SKUs along with Intel Z690 based motherboards.