According to a screenshot posted by REHWK, Intel Alder Lake-S flagship processor would score 30K in the multi-core test.

Intel has broken the 30K points barrier in Cinebench R23 with the upcoming Core i9-12900K processor, suggest a newly leaked screenshot. The unnamed SKU would score 30549 points in multi-core, which is even more than AMD Threadripper 2990WX (30054 points). AMD’s flagship Ryzen 9 5950X usually scores around 28K, but many users have no problem tweaking the CPU to 30K+ points. What is important to note here is that i9-12900K does not appear to be tweaked in this test, except for the faster DDR5 memory.

The picture may look suspicious for many reasons, including the fact that we have not yet seen any Alder Lake CPU-Z, which supposedly shows an “8+8” Cores configuration. This is how the software now shows hybrid architectures, such as Intel Lakefield. The CPU voltage is just 0.648V with a boost clock of 5300 MHz, while the processor is idling. The CPUID data appears to match what we already know about Alder Lake. Both the Model and Extended Model appears to match Alder Lake-S SKU. 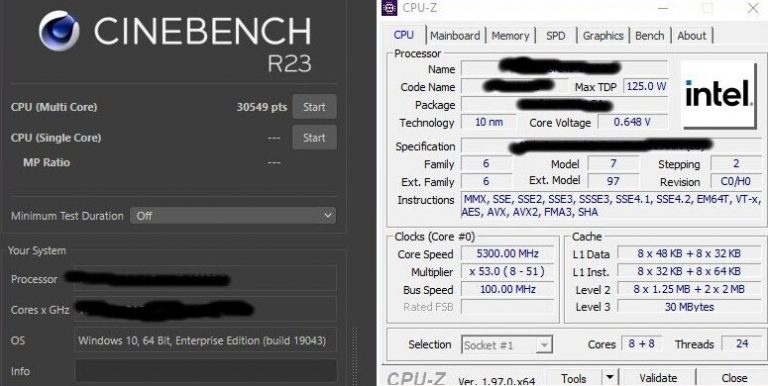 What was not tested is single-core performance. Other leakers claim that 12900K should surpass 2000 points here, outclassing all known desktop CPUs. Readers may refer to this chart for a direct comparison with other SKUs. 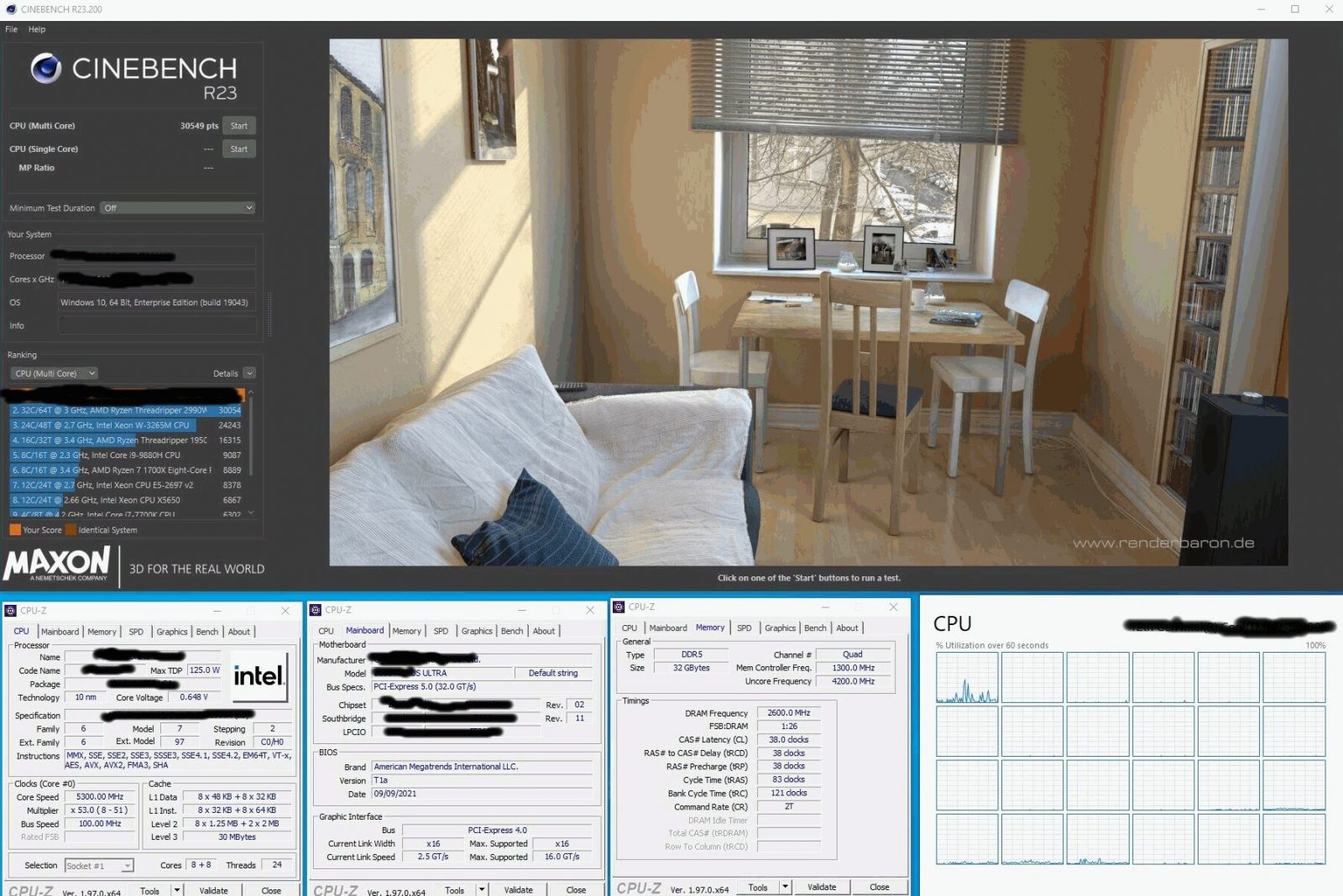 The Core i9-12900K CPU is to offer 8 Efficient (small) and 8 Performance (big) cores. This configuration of 16 cores will support 24 threads through hyperthreading technology (small cores do not have HT). It was already revealed that the CPU has a boost clock up to 5.3 GHz for up to 2 cores thanks to Thermal Velocity Boost technology.